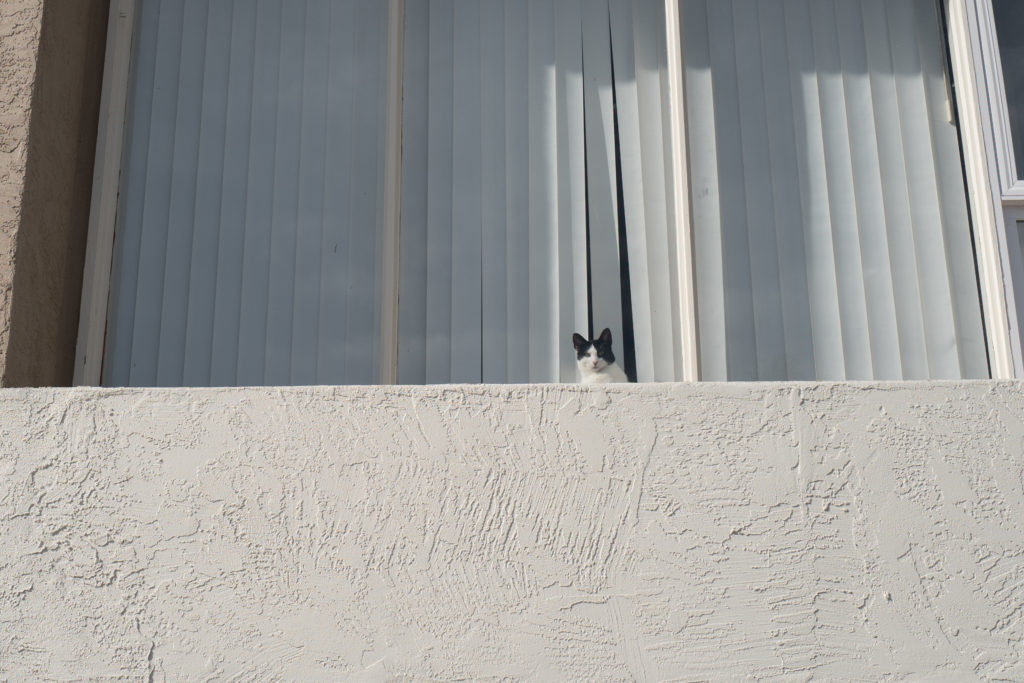 Meet the first of two additional window watchers, whose portraits were captured on the same day, Jan. 16, 2018, but in vastly different areas of the neighborhood. The other joins the series tomorrow. The shorthair earns nickname Seer for having an expansive view from the second floor.

Seer is the eleventh kitty positioned in a window looking out. The other 10: Charm, Cool, Curious, Glass, Kit, Seeker, Star, Still, Twain, and Watcher. Another, Burglar, climbs into one. 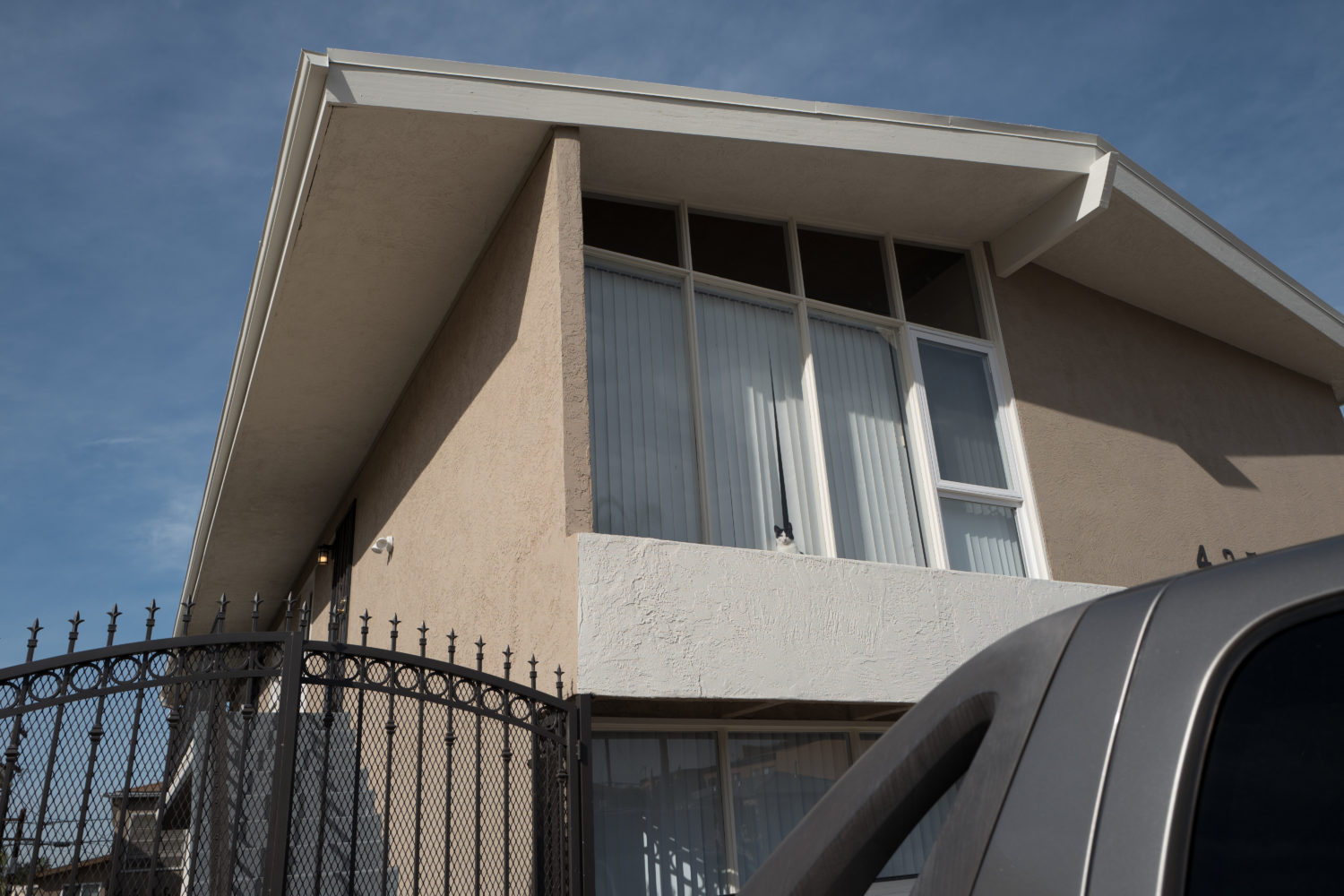 I spotted Seer on Mississippi Street a few buildings back from El Cajon Blvd. The Featured Image is a close-crop processed from an original made using Leica Q. Vitals, aperture manually set: f/5.6, ISO 100, 1/1000 sec, 28mm; 10:28 a.m. PST. The other gives ground-up view to Seer’s second-floor perch. Vitals are same except 1/1250 sec.