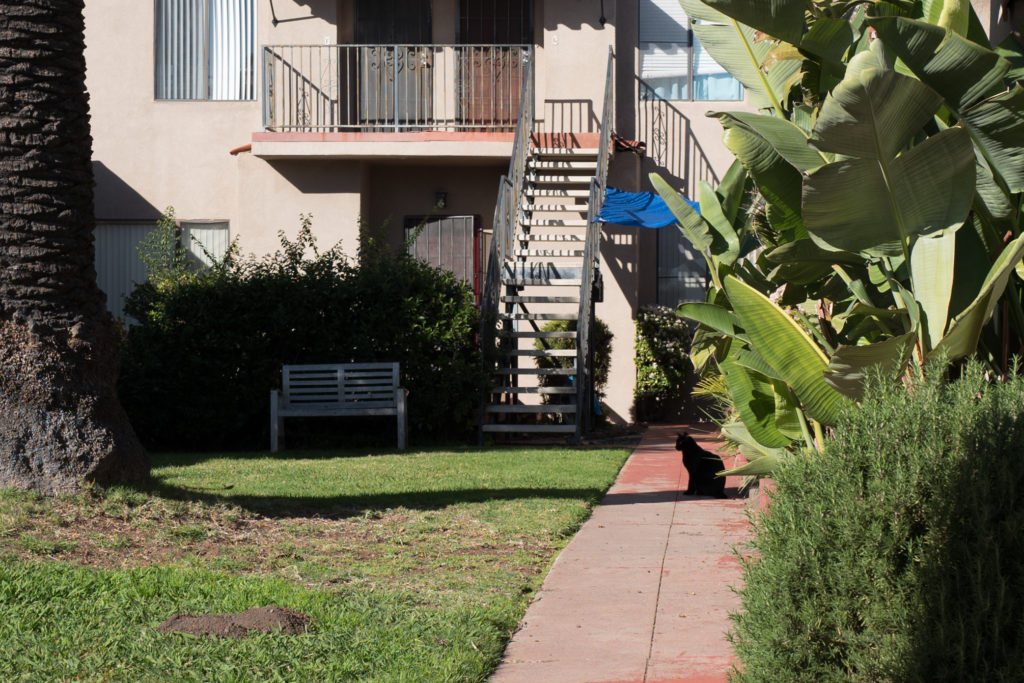 Early afternoon yesterday, my wife and I spotted a handsome Bengel-like furball whose portrait I shot with iPhone X in a yard off the alley coming from Cliff Street to Adams Ave. Disappointed with the results, I later returned with Leica Q but ended up at a nearby apartment courtyard capturing another kitty, a blackie.

He rolled in grass neaby the front gate, presenting outstanding opportunity for lovely candids. But as I slowly approached, the feline fled two-thirds-away across the lot. Just after I composed and shot several photos, one of the residents came up to the gate. She knew the shorthair, who belongs to a neighbor, and said the animal is called Token. I presume, thinking of the cat’s color, that his name comes from South Park character Token Black.

I shot the Featured Image and second pic using the Q at 2:28 p.m. PST. Vitals are same for both, aperture preset for street shooting: f/5.6, ISO 100, 1/500 sec, 28mm. I used the camera’s magnificient manual focus ring, because of distance to the subject and shadow covering it. 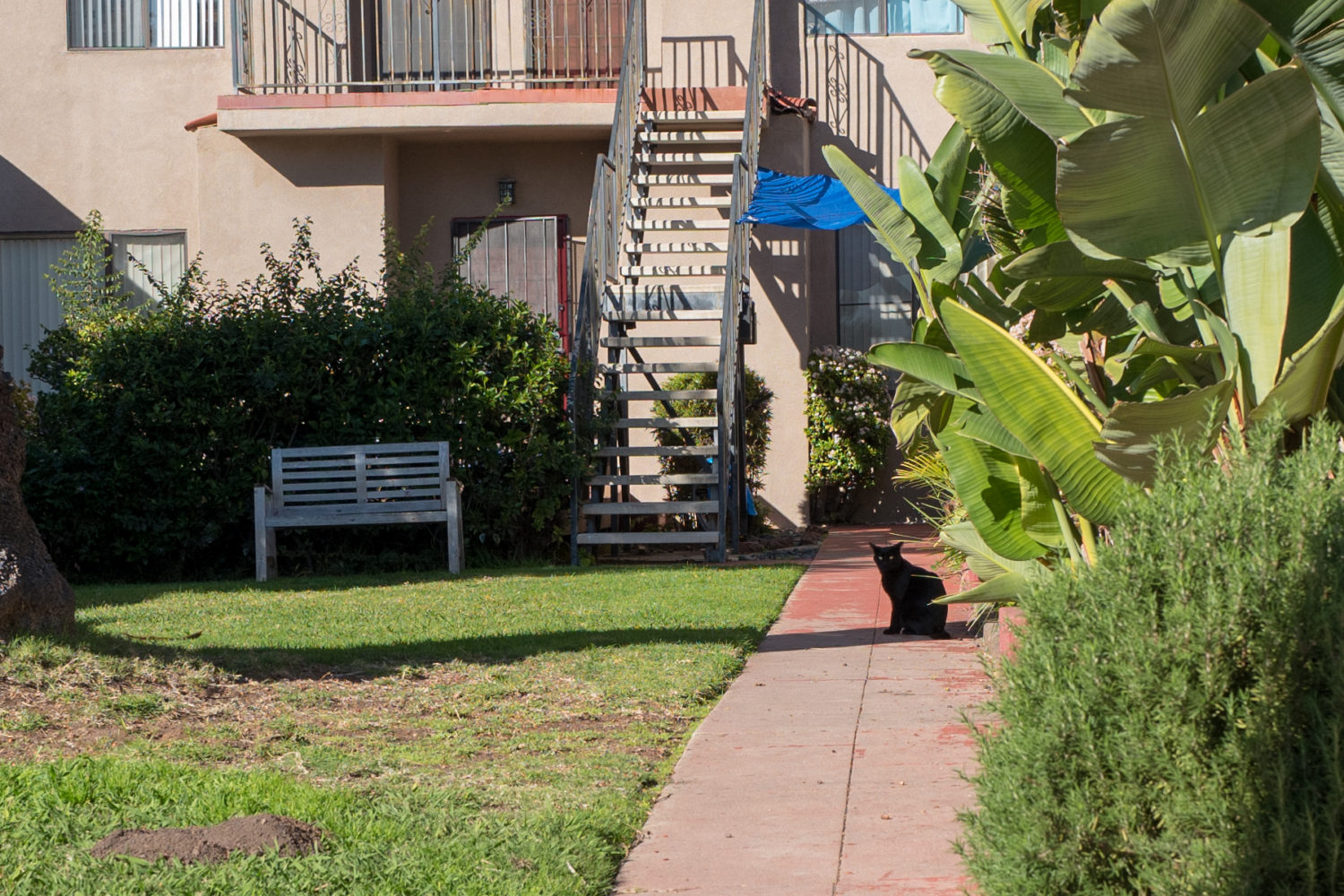 The third photo, which crop-composition differs drastically from the others, comes from the X—and it is presented for comparison to the Leica Q. I used the iPhone’s second lens to 2X zoom, delivering similar perspective as the closer-cropped portrait from the full-frame camera. Viewed full-on, the smartphone’s render, while good enough, is nevertheless outclassed. Vitals: f/2.4, ISO 16, 1/883 sec, 6mm; 2:26 p.m. 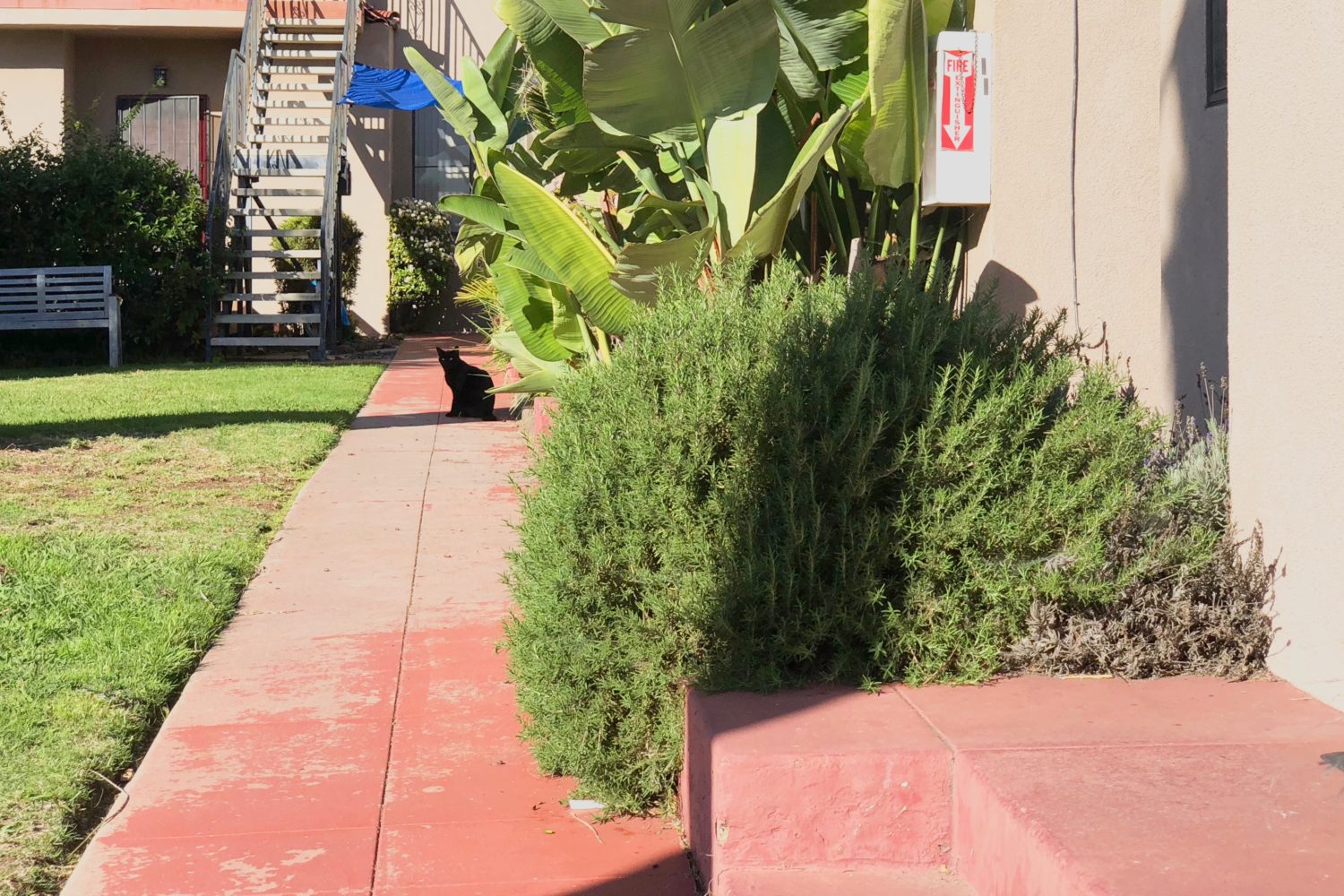 Something else: While cropped, the first photo is otherwise unaltered, preserving the silhouette, as shot. By comparison, the second image is edited (using Adobe Lightroom Classic CC) to draw out the animal’s eyes, which meant boosting exposure, shadows, vibrance, and whites while pulling back blacks, contrast, and highlights. Tweaking No. 3 proved more challenging, using Apple’s photo app. 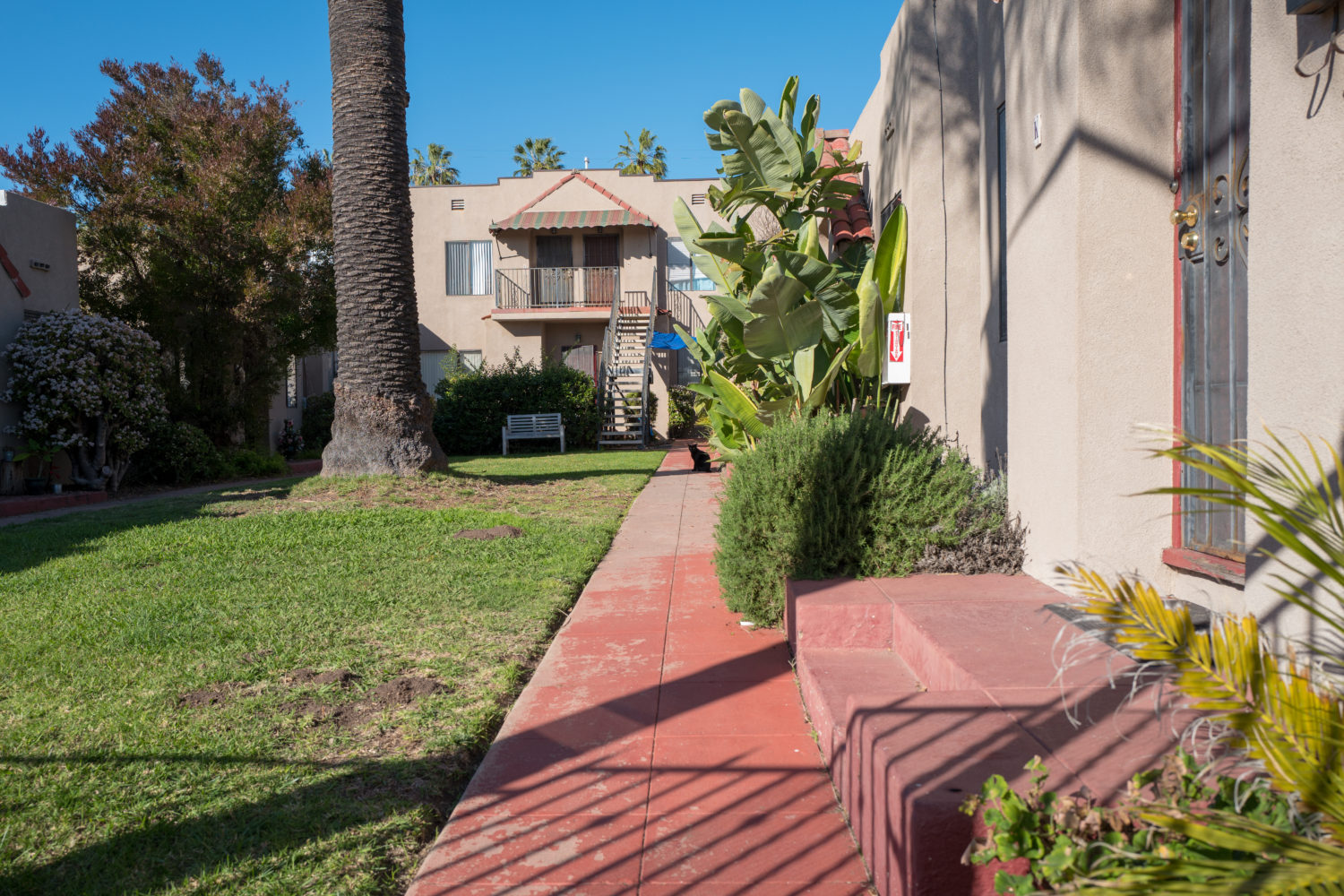 The fourth is the edited original from which the second is cropped. As such, it’s a big file but worth viewing at 100 percent to see the IQ (image quality) that Leica Q can deliver.