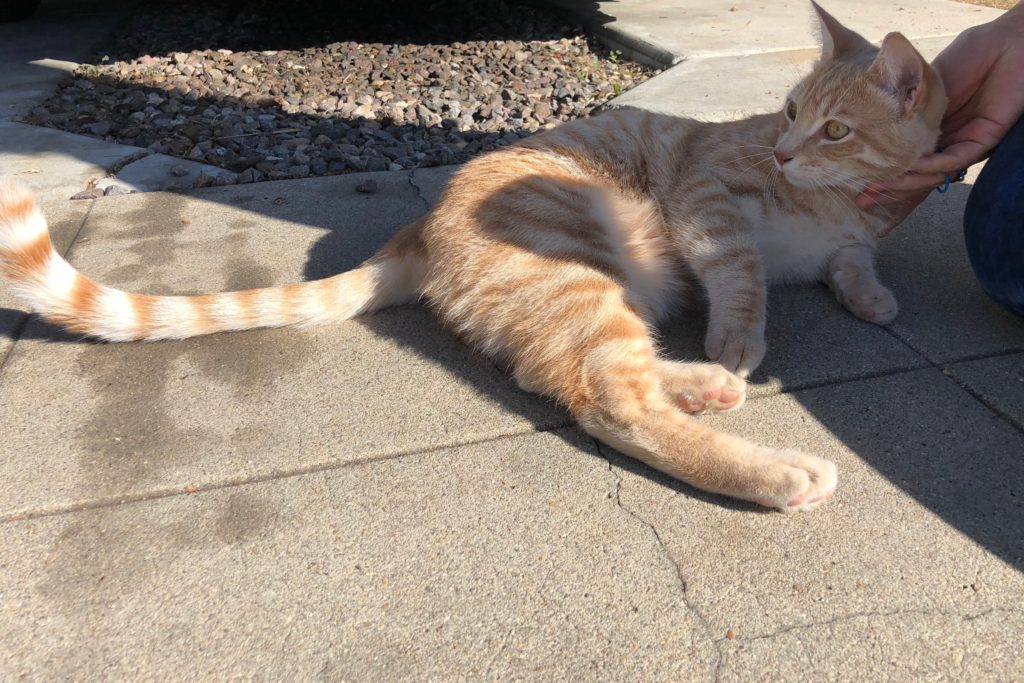 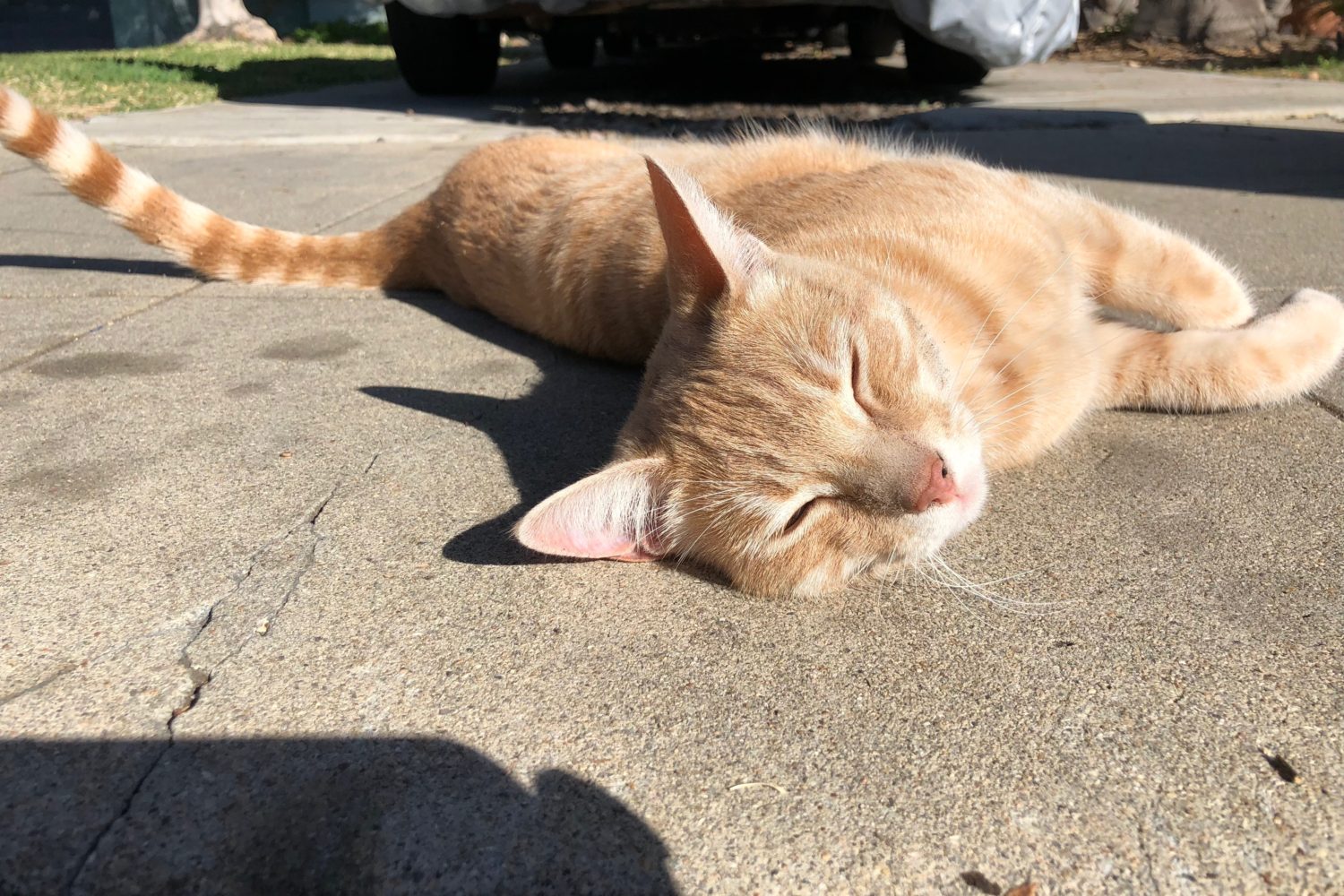 And he does! In an exchange with the owner April 18, 2018 on the NextDoor social network, I learned that the friendly feline is named Finny, that he constantly loses his collar, that we saw him in front of his home, and that he is afraid of cars. Some well-meaning person had posted about seeing Finny and wondered about taking him to the shelter. “I think we need to put up an Orange Kitty zone sign or something so people don’t think he doesn’t have a home“, the owner says. 🙂

Choosing the Featured Image was no easy task. I nearly equally liked all his portraits; each captured with iPhone X. Confession: Leica Q battery died just as I started shooting. I knew it was low and forget to swap in fresh before going out.

While I selected two portraits, others will be available in my neighborhood cats album on Flickr, where there also appear additional, and often newer, pics of the featured furballs. Those that accompany each blog post are but the start.