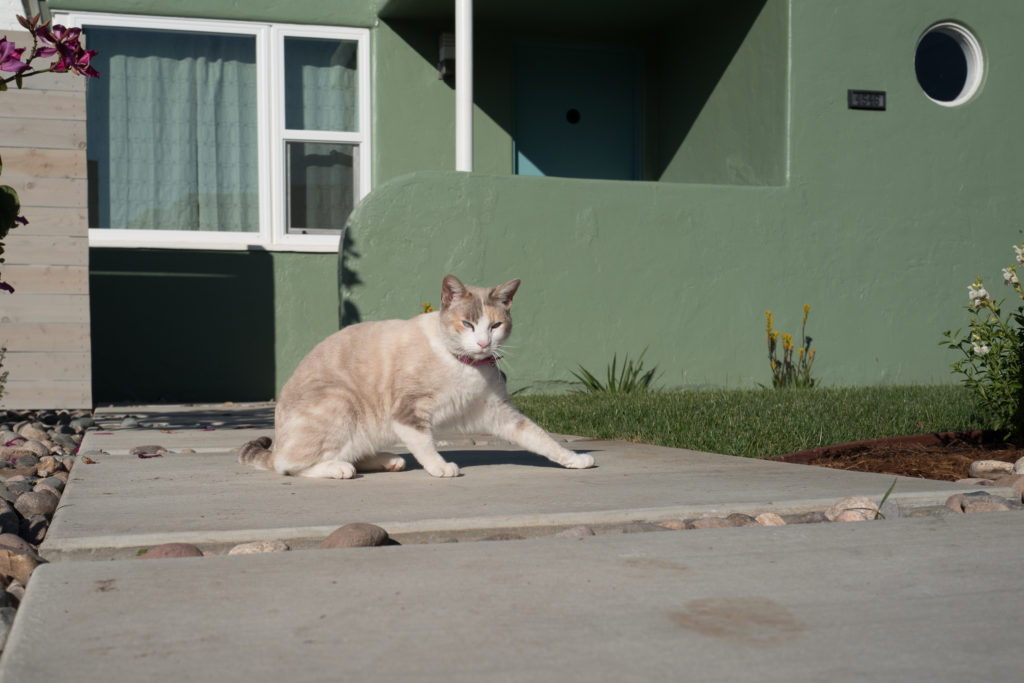 Where do they come from—all these putty-tats on Alabama? I have spent more time walking along Campus, Cleveland, or Maryland, for example, and they can’t, combined, match the number of beasties living on—like the Lynyrd Skynyrd song—”Sweet Home Alabama”. Meet the thirteenth cat from the street to appear in the series; there are four others that I have sighted but not presented, for poor photographs or none yet made. Surely, there are more.

The others (so far): Bella, Burglar, Cal, Goldie, Itchy Valentino, Laramie, Lupe, Mr. Kitty, Monkey, Anthony, Smokey, and Willow. The newest member of the SHA Club earns nickname Tipsy, because the tip of her tail is bent as if it had been broken but healed crooked. She wore a striking pink collar but without ID tag (damn it). The shorthair and I visited yesterday morning, about midway between Mission and Madison. 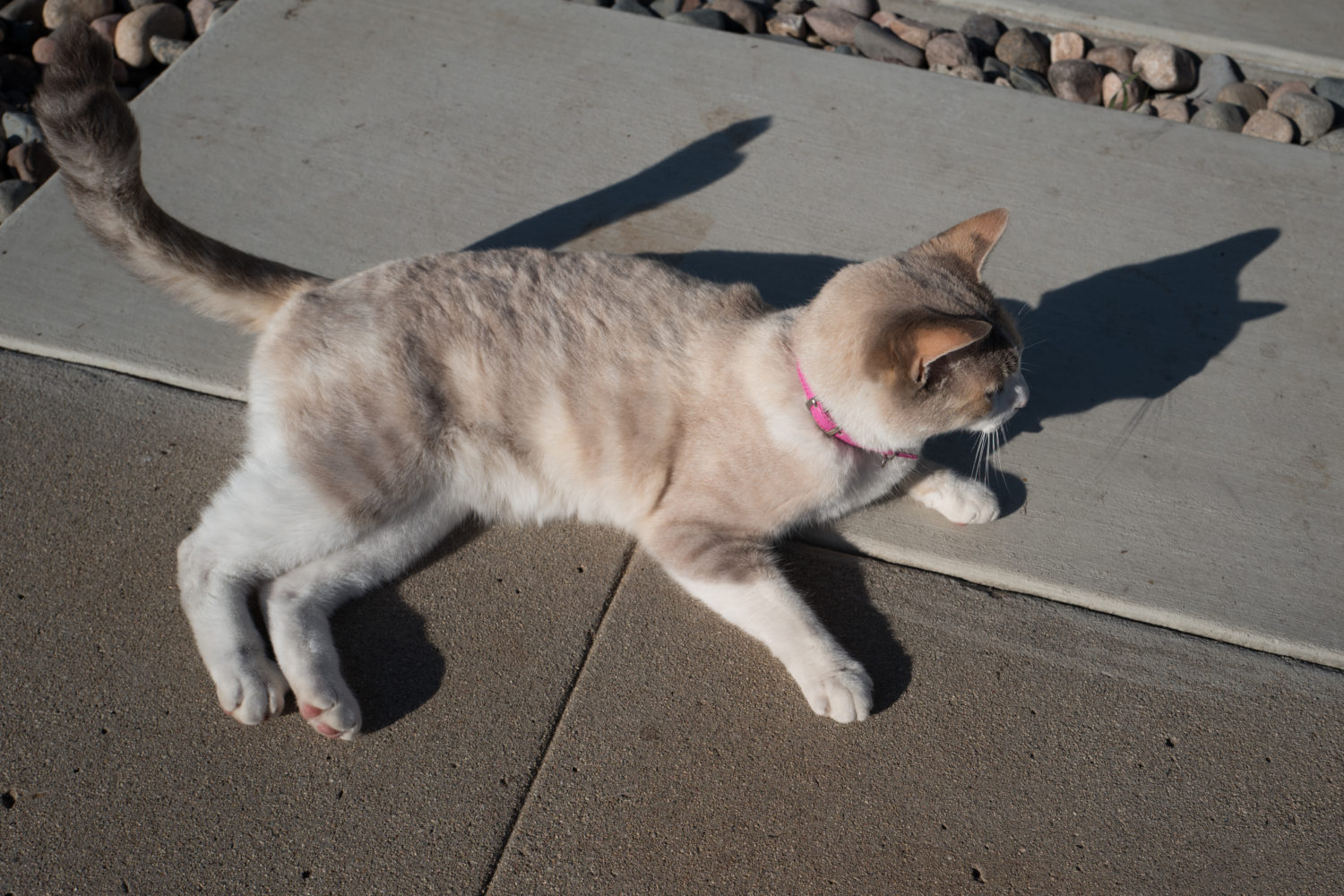 The kitty rubbed up against me so much, receiving pats in process, that getting a good shot—even with the estimable Leica Q—proved to be challenging. I captured the Featured Image at 8:42 a.m. PST and its companion about a minute earlier. Vitals for the first, aperture manually set for street shooting: f/5.6, ISO 100, 1/1000 sec, 28mm. Other is the same except for 1/1600 sec shutter speed. 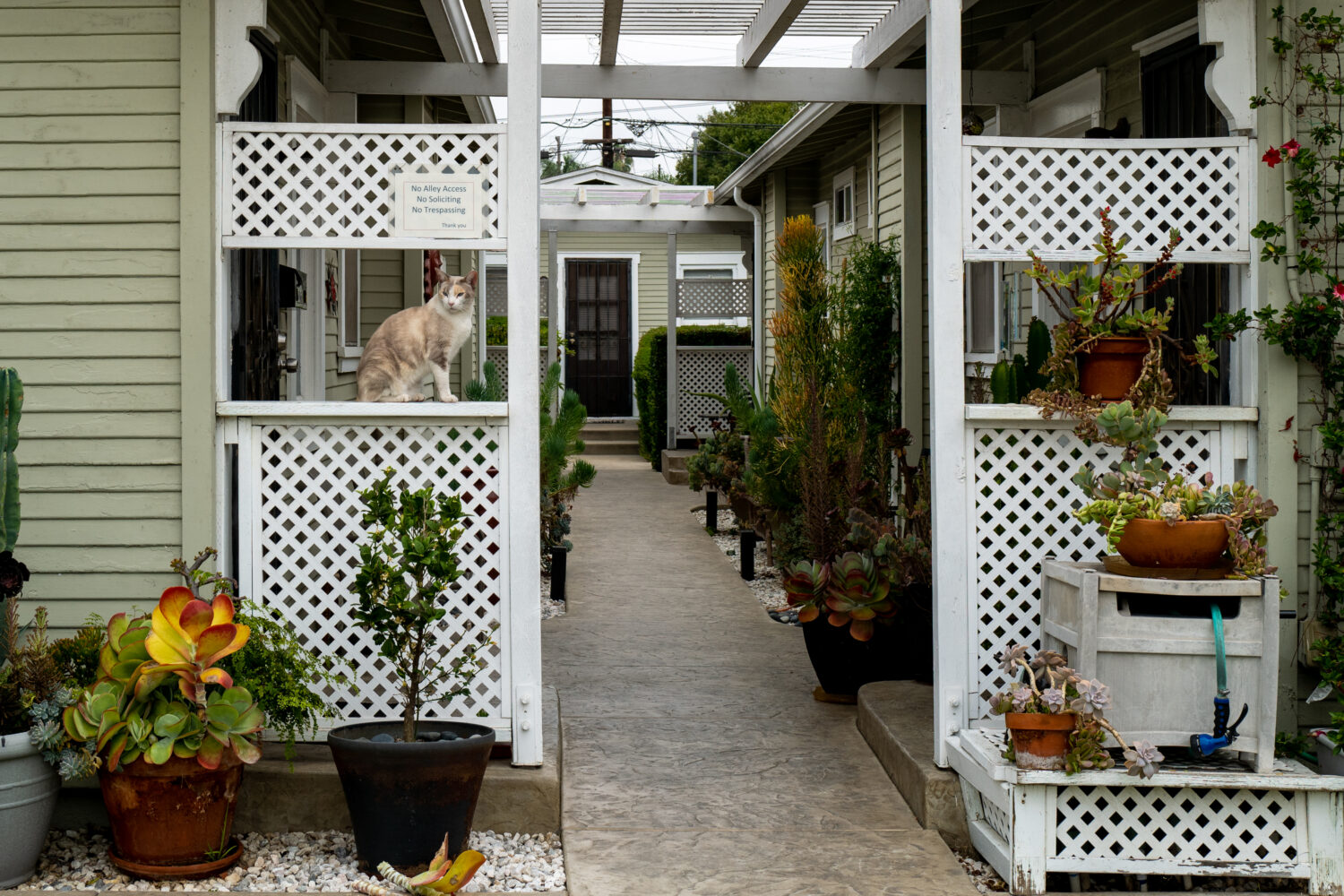