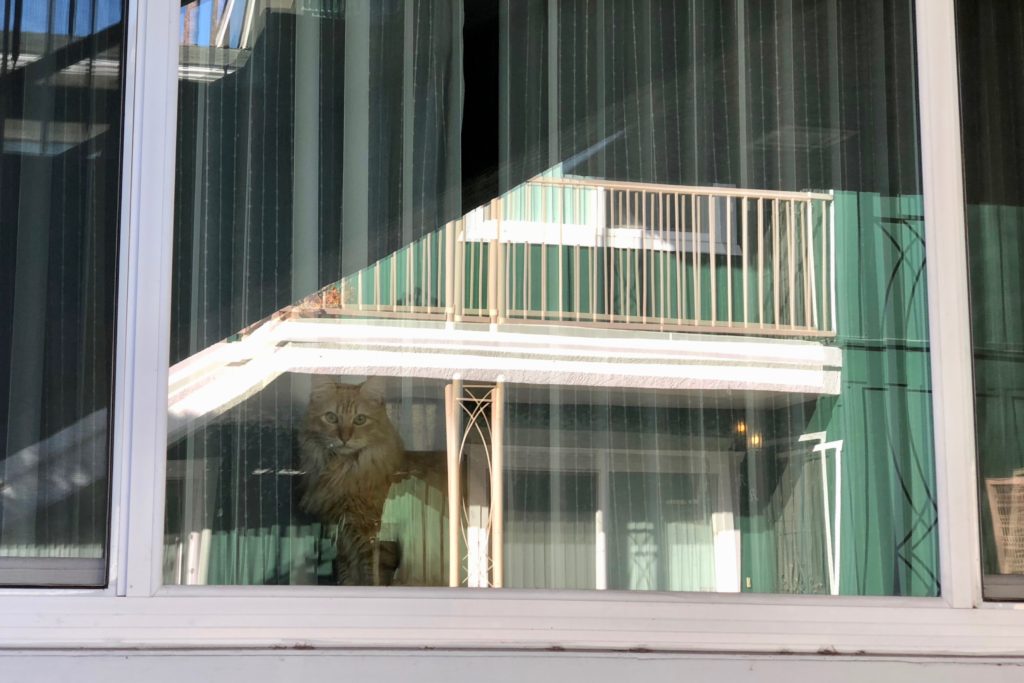 Another day, another Alabama kitty. They’re backing up, as I seek better portraits of other recently sighted furballs. Penny (her real name) is the fourteenth feline featured in the series from the street. The others (so far): Bella, Burglar, Cal, Goldie, Itchy Valentino, Laramie, Lupe, Mr. Kitty, Monkey, Nine, Smokey, Tipsy, and Willow.

Penny is kind of a courtyard cat. She doesn’t venture into the apartment building’s public area, but she does occasionally look out from the window onto a large tree that attracts birds. Smokey, who lives two houses away, is a common (and beloved) trespasser. 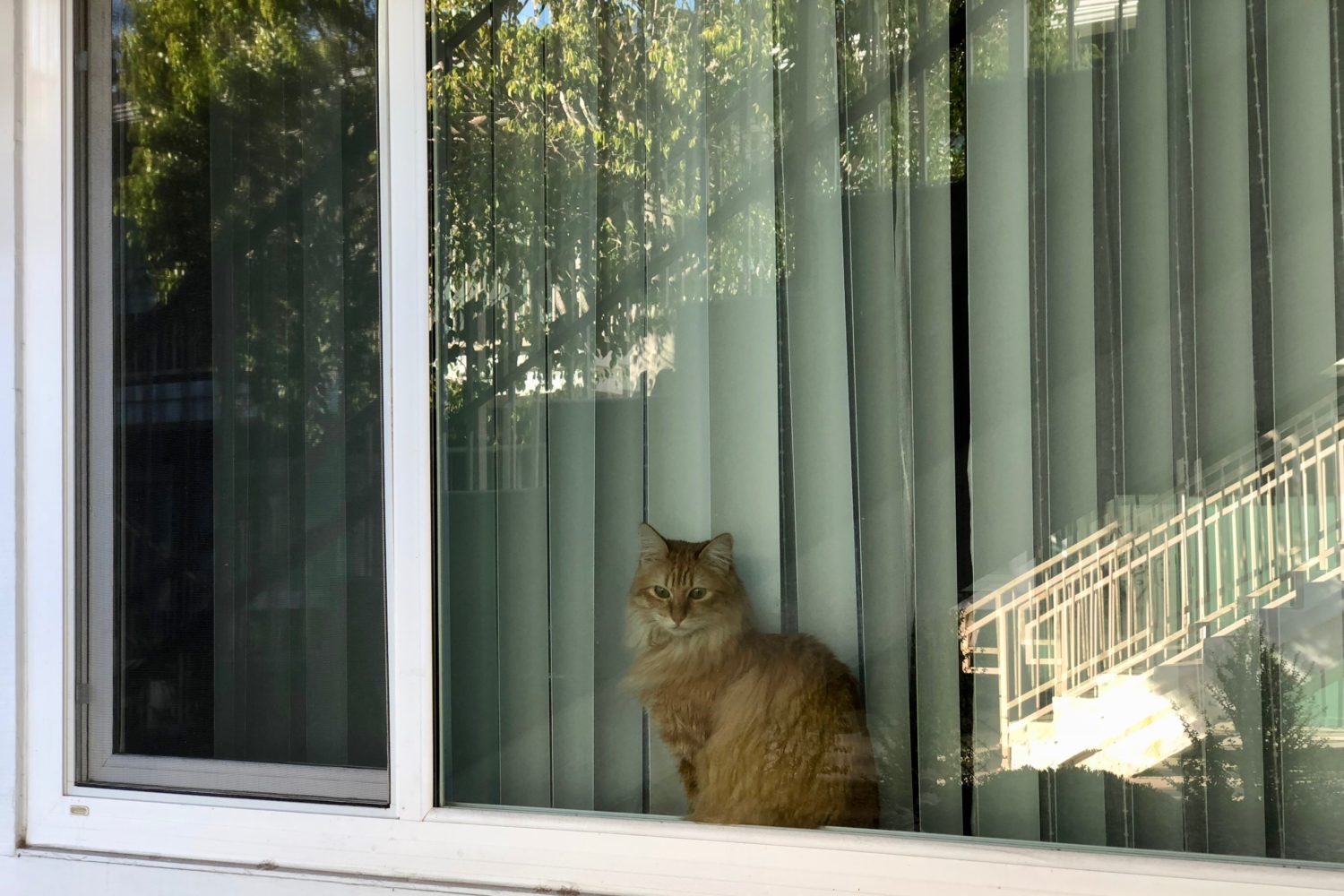 I happened to be short-cutting to the alley between Alabama and Mississippi, when seeing Penny at 8:50 a.m. PST on Feb. 14, 2018. I snapped five quick poses, using iPhone X. I chose the Featured Image for its busyness and composition duality: Kitty appears to be underneath the reflected upstairs walkway, but also is somewhat hidden behind the glare. Vitals: f/2.4, ISO 16, .97 ev, 1/60 sec, 6mm. Companion is same except for ISO 25.

Penny is a rarity. Ginger cats are typically male, making her special. The owner says the kitty will soon get her Spring-time lion mane when her coat is trimmed. Apparently, Penny sheds lots of fur during this time of year.