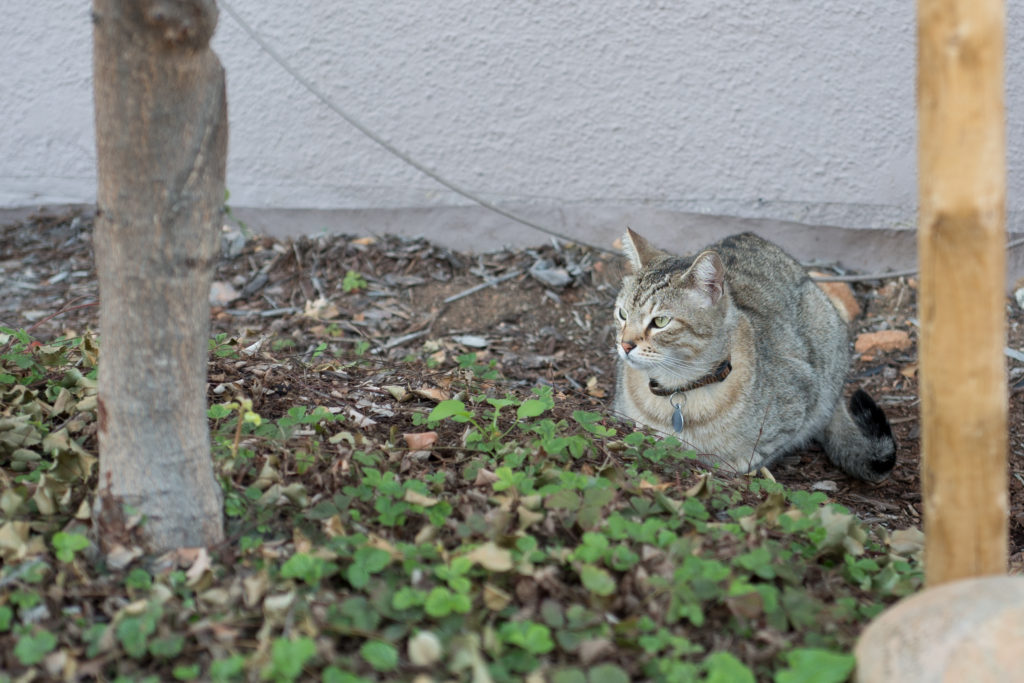 Add another furball to the number of Alabama Street sighted, and profiled; I have seen four or five others, which will appear when there are portraits captured. Charlie (name on tag) is the fifteenth featured in this series between neighborhood boundaries Adams and Lincoln. On no other street are there so many beasties, and for reasons I cannot explain. Those profiled (so far): Bella, Burglar, Cal, Goldie, Itchy Valentino, Laramie, Lupe, Mr. Kitty, Monkey, Anthony, Penny, Smokey, Tipsy, and Willow. Monkey passed away on Feb. 24, 2018. 🙁

Charlie presents a quandary for titling this post, being the third cat with that name.  Three alike in the list of past putty-tats could cause confusion among them. Hence, “the third” added in parenthesis, and “Too” to the previous one. 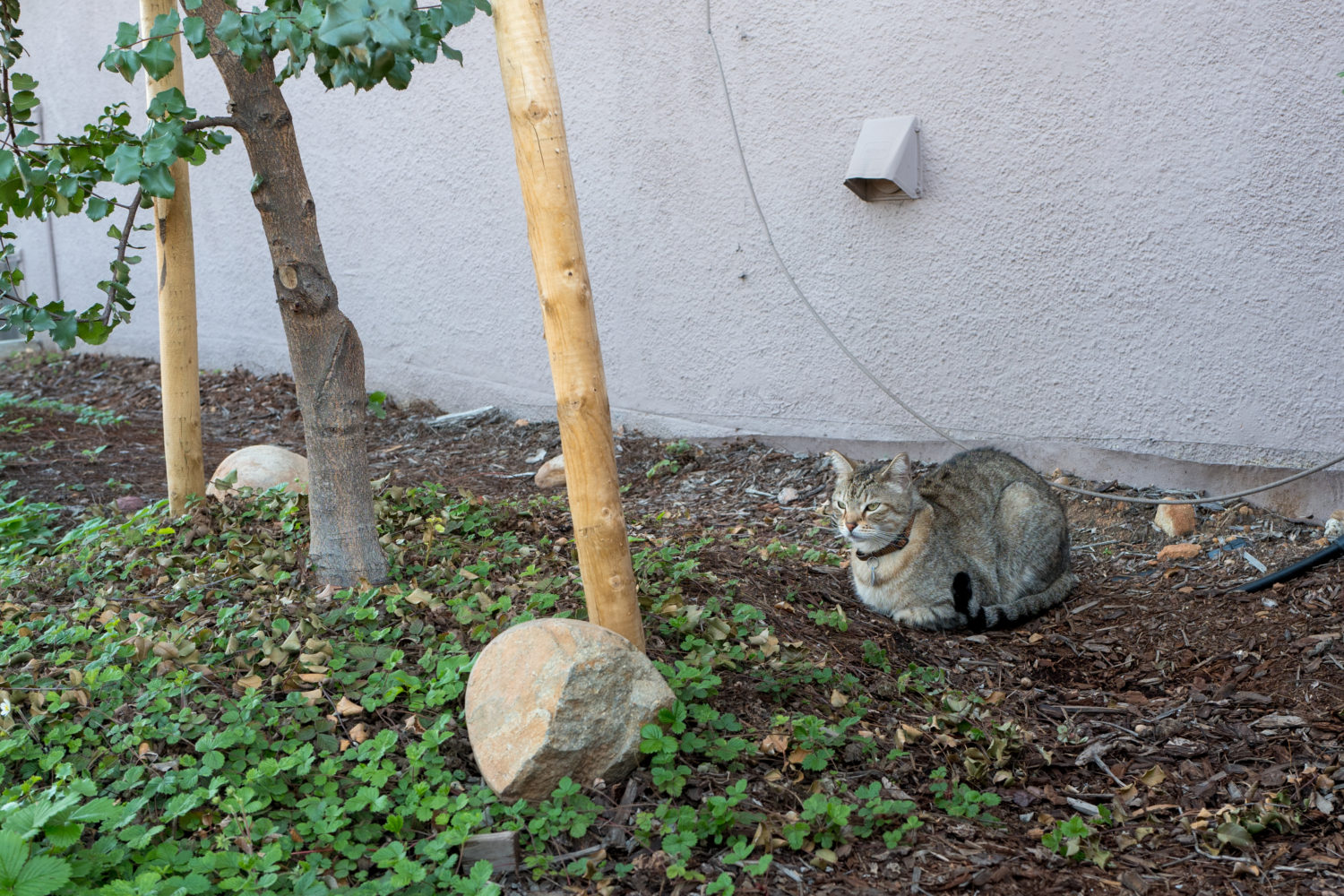 Then I walked up Meade towards Florida, looking for pretty grey Amanda. I turned back at the sound of a barking dog, returned to the property, and there met one of the owners. Charlie isn’t her pet, and she’s none too pleased about his regularly leaving, ah, deposits in her yard. Hey, when a cat’s got to go… As we talked, he sauntered off to apartments on Alabama, and she believes he lives there.

I told the woman, carrying the cutest little girl (Age two perhaps?), how often my wife and I admired her lovely Santa Fe-style home back in August-September 2017 when we almost bought a similarly-styled, but smaller, place that we called the Schoolhouse. That property also is a Meade corner lot, but on the other side of Park Blvd. across from an elementary school.