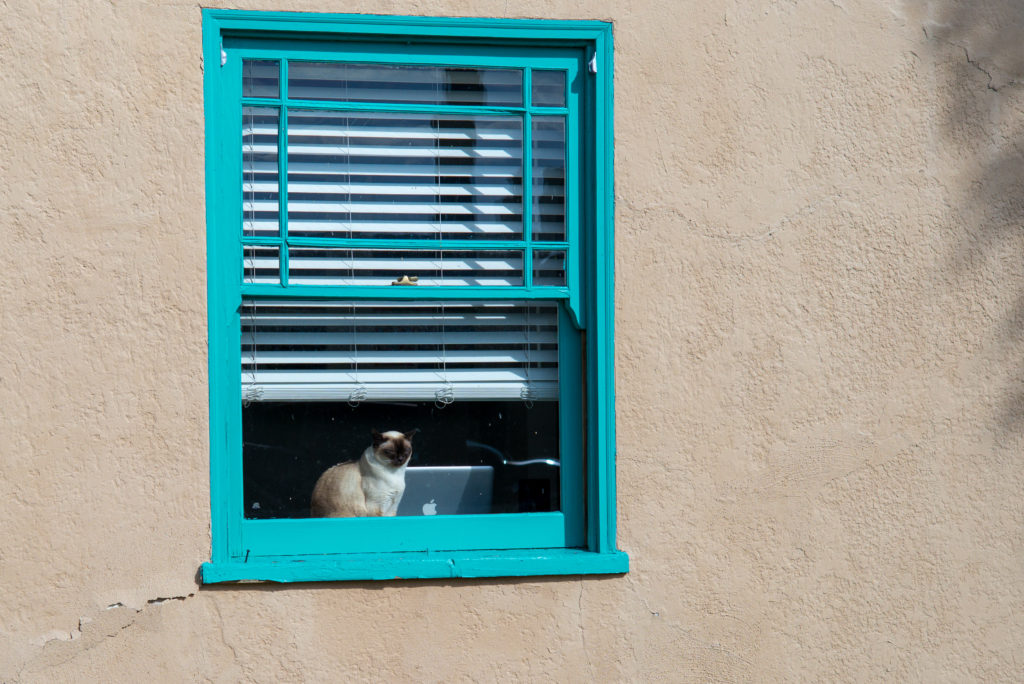 What other nickname could I possibly give this fine feline than Apple? Luckily somebody isn’t putting paws to keyboard. Eh? Among the 148 kitty profiles since the series started in October 2016, Apple is the seventeenth behind a window. But the first sighting was beyond a door, few weeks back—and I almost tried to get a portrait then. But distance and rudness shooting deep inside the apartment kept my finger from the shutter. Hehe, but not yesterday.

I captured the Featured Image and its companion at 3:48 p.m PDT, along Mississippi Street between Adams and Madison, using Leica M (Typ 262) with Summarit-M 1:2.4/50 lens. Vitals for both, aperture manually set: f/5.6, ISO 200, 1/2000 sec, 50mm. I shot the second photo first and the other immediately after, when Apple turned. The closeup is a crop; the longer-distance portrait is framed by the window edges. I let Adobe Lightroom Classic CC auto-adjust both. 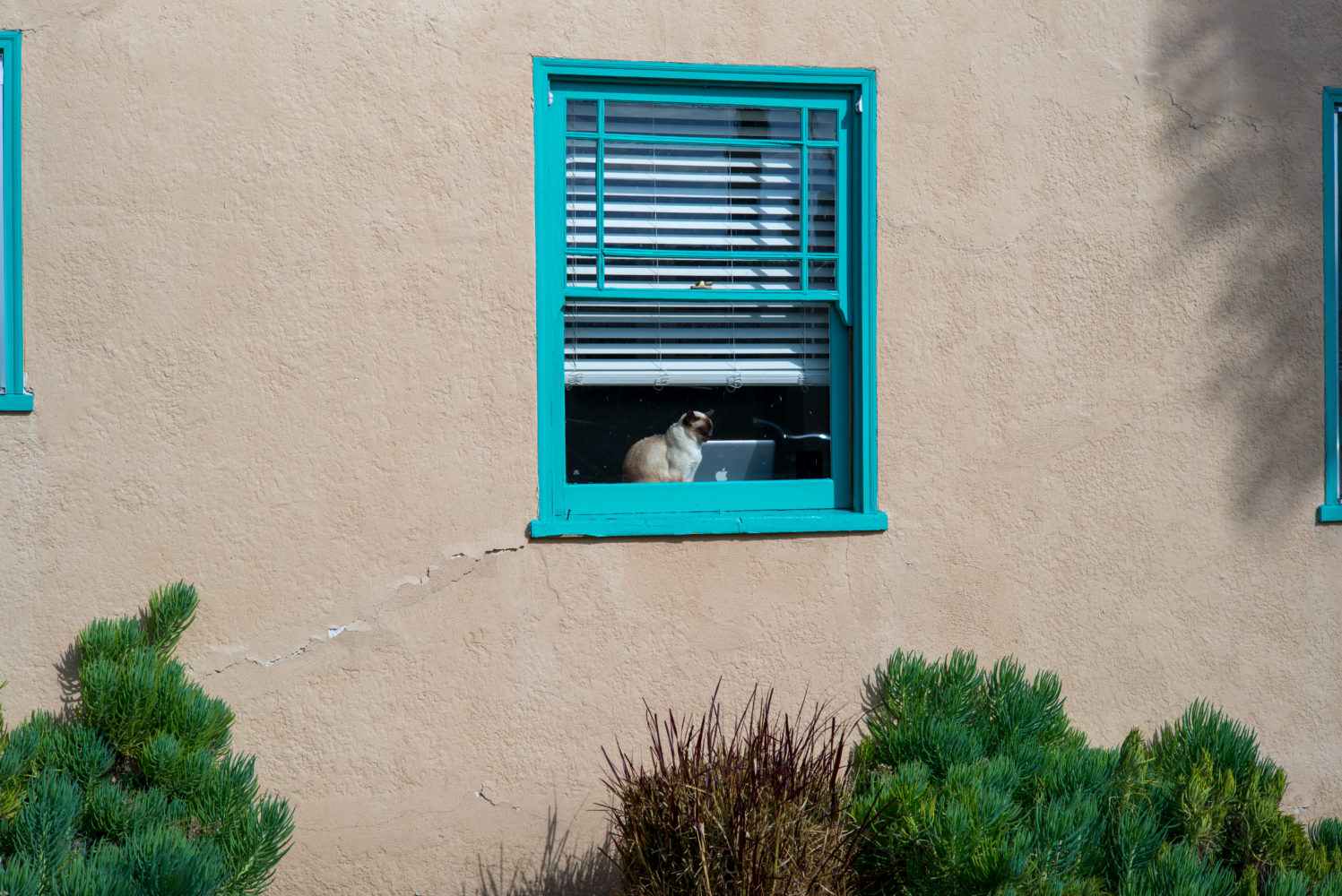