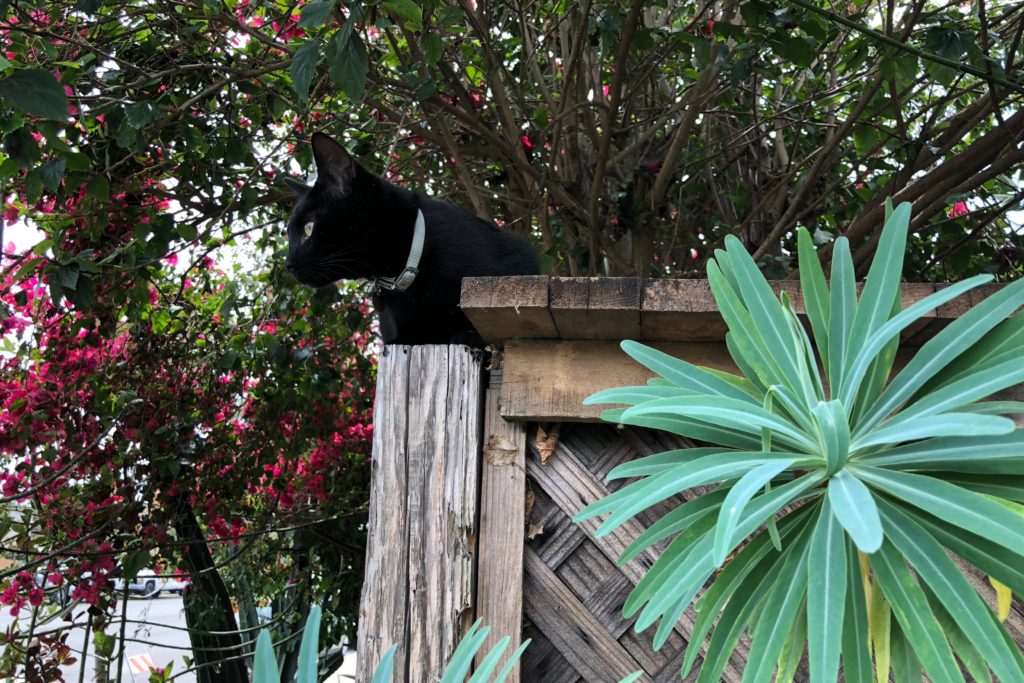 Meet the second Sebastian to appear in the series. The first lives near the Vermont Street Bridge, which is more than a mile (1.6 km) from his namesake, who romps with two other kittens around a home on Mississippi between El Cajon and Meade. One of them, Persepolis, posts simultaneously but separately.

Sebastian and his mates were adopted together, which wasn’t the owners’ original plan. But the three were obviously a bonded set, having been fostered together, and they couldn’t conscientiously be separated. 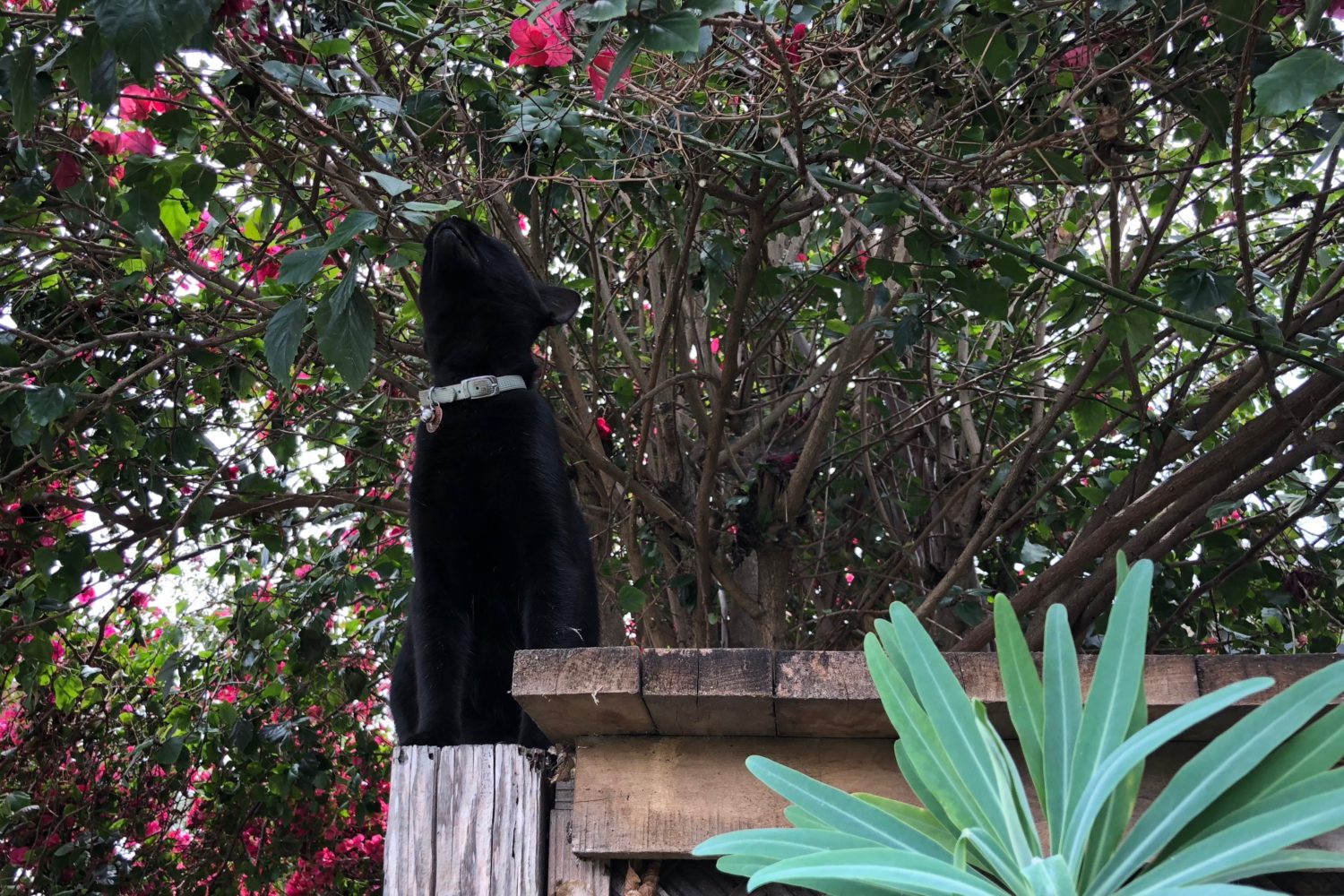 Their two caretakers live in the house they purchased in 2008. The property has great character, with a front yard that is a lush garden of cacti, flowering plants, and tropical trees. It’s a cat paradise. The three kitties typically romp around back, but when my wife and I met them today they frolicked on a more supervised, front-yard outing. 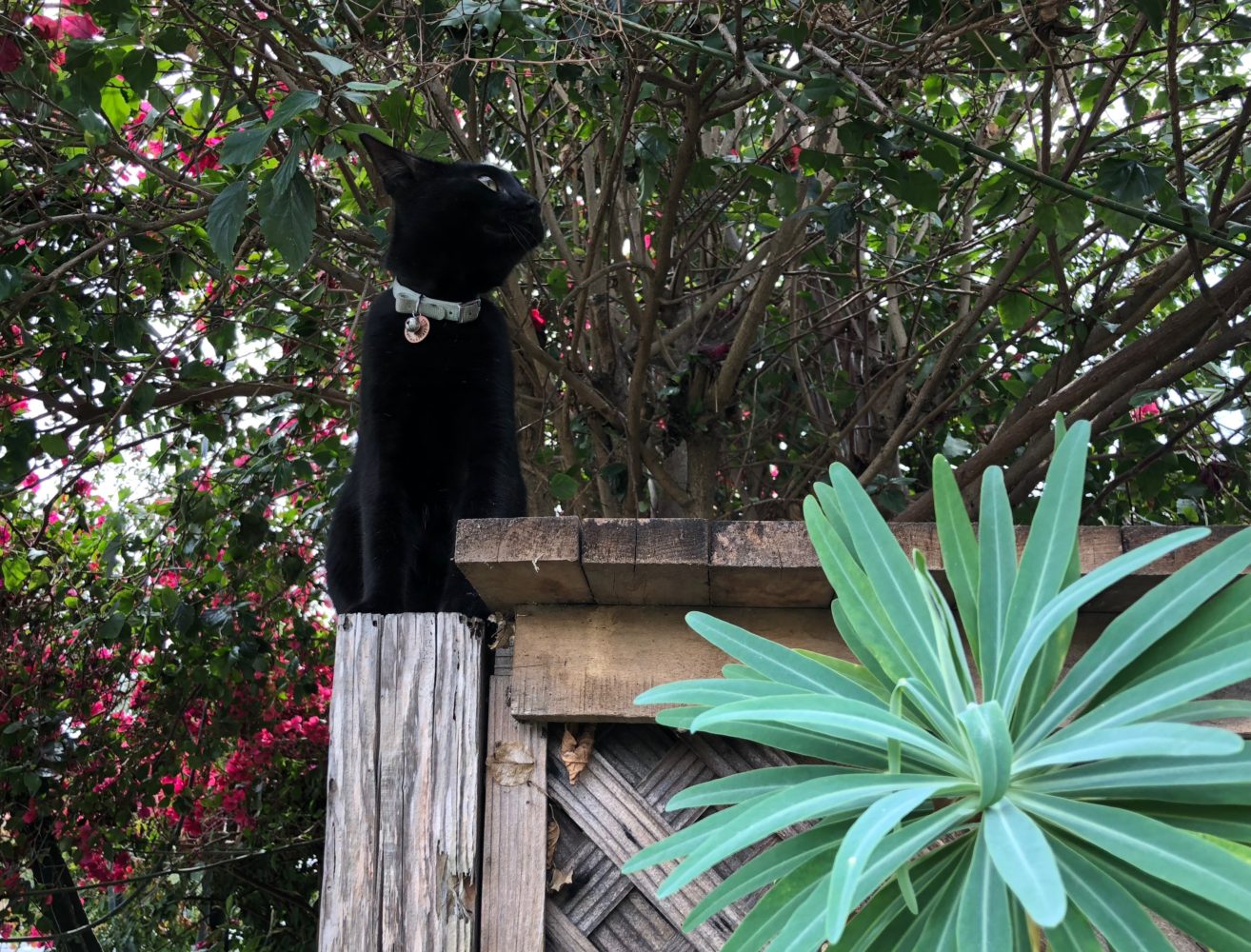 Sebastian is chatty and engaging—and for photography a pleasing poser. I shot his initial portraits with Leica M (Typ 262). But better opportunity presented as I walked off the property, when the black shorthair appeared along a fence. He was too close for the M262’s mounted Summarit-M 1:2.4/50 lens, so I pulled out iPhone X. 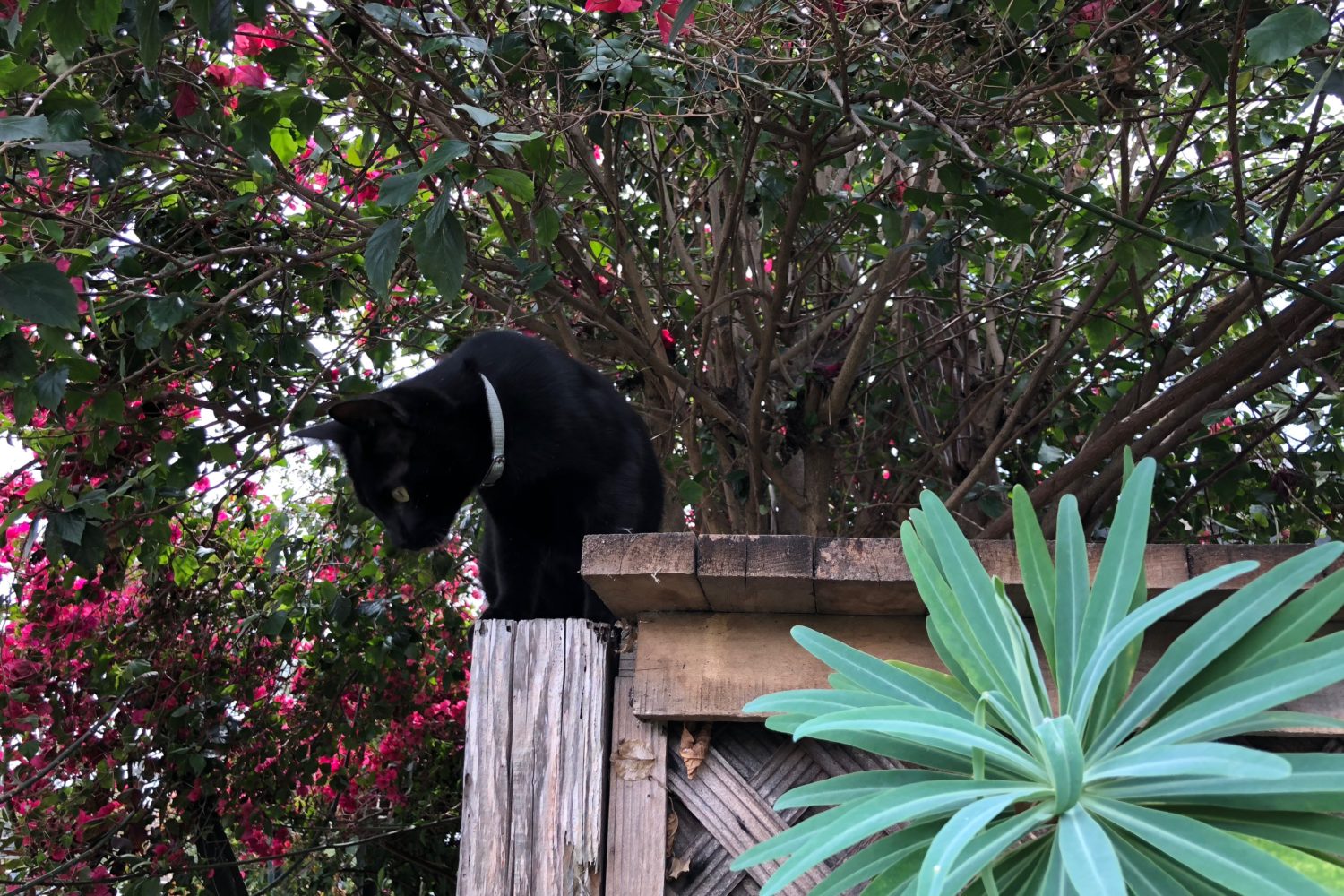