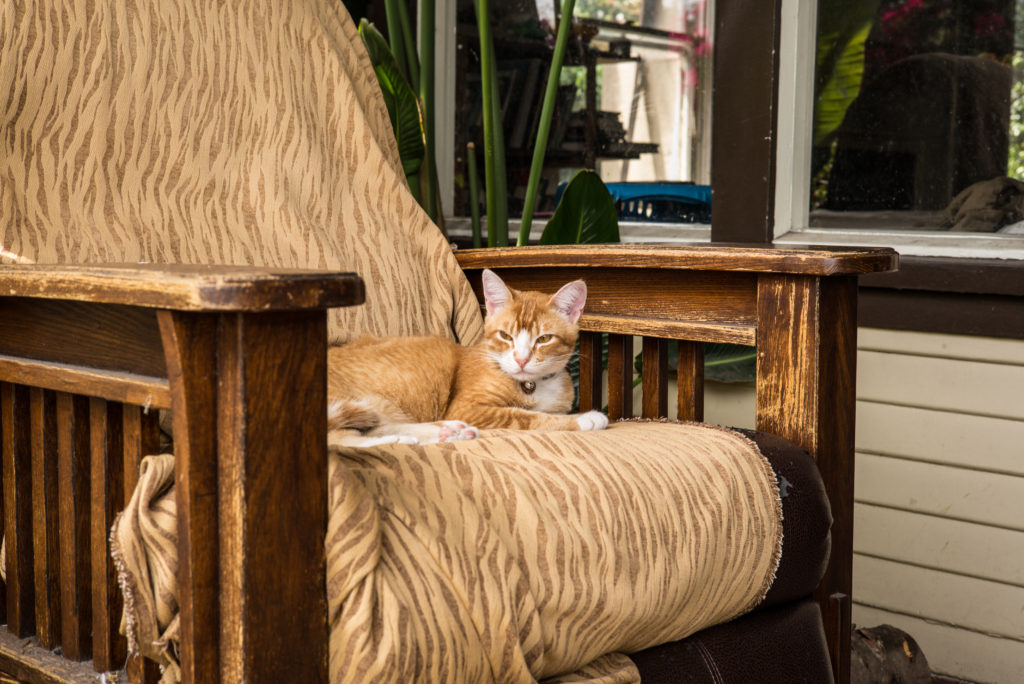 The series is way behind, based on the number of furballs photographed but waiting to be profiled. My apologies for the break. During the past two weeks, I was occupied setting up my daughter’s new apartment. But that project is finished. Whew. Let’s resume with the first of three kittens, living on Mississippi between Meade and El Cajon Blvd.

Persepolis is this handsome ginger’s real name. Companion Sebastian posts simultaneously but separately. Hopefully soon, their mate Lilly will join the series, whenever I capture a better portrait (She was too quick, and I too slow with the camera).

The Featured Image comes from Leica M (Typ 262). The sitting shot should have been easy, but I somewhat struggle to manually focus. Likely reason: Default diopter isn’t right for my eyes. Sadly. As such, the focal point is slightly off of Perse. 🙁