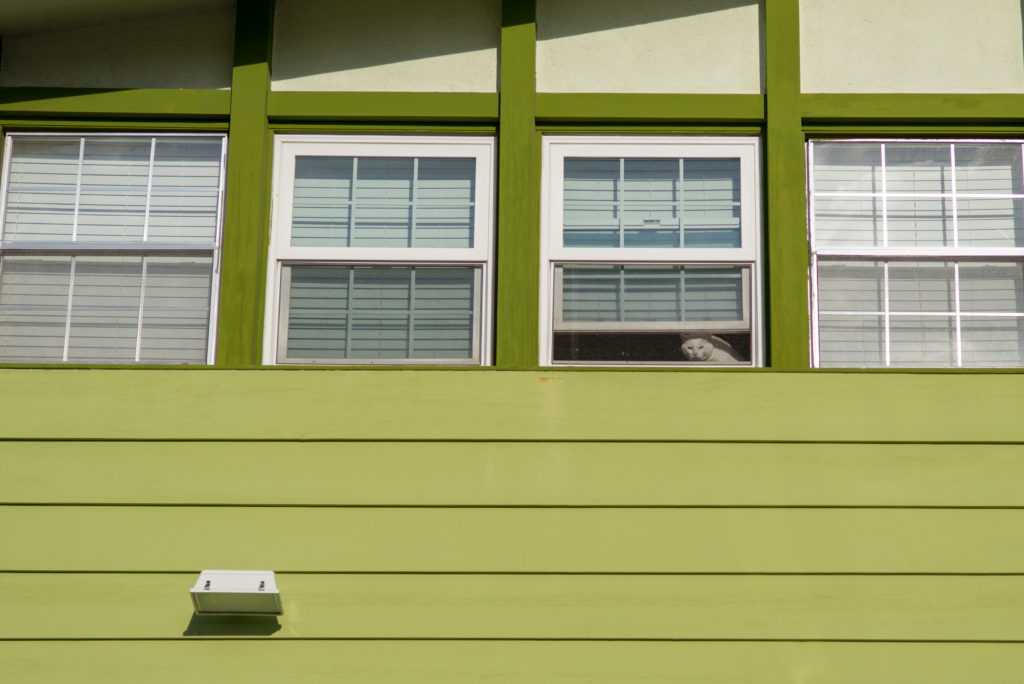 This place is going to feel like a real meowy beastie blog, while the backlog of photographed but not featured felines clears away. Apologies, I got behind posting to the series while furnishing my daughter’s new apartment. Four of them look out from glass, like today’s wonderful white, who is the eighteenth behind a window—and unbelievably the sixteenth sighted on Alabama Street. Monkey, who recently passed away, lived on the same block. Laramie, Lupe, and Smokey remain residents.

I waited weeks to profile the kitty that earns nickname Holiday, seeing that it’s April and a Christmas wreath still hangs on his owner’s door. Somebody often cracks a window for Holiday, who is a fixture when days are sunny and warm. I held back the profile hoping to meet his caretaker(s) and get a name. I first photographed the cat on February 17, 2018. That’s long enough ago to abandon the quest and move onward. 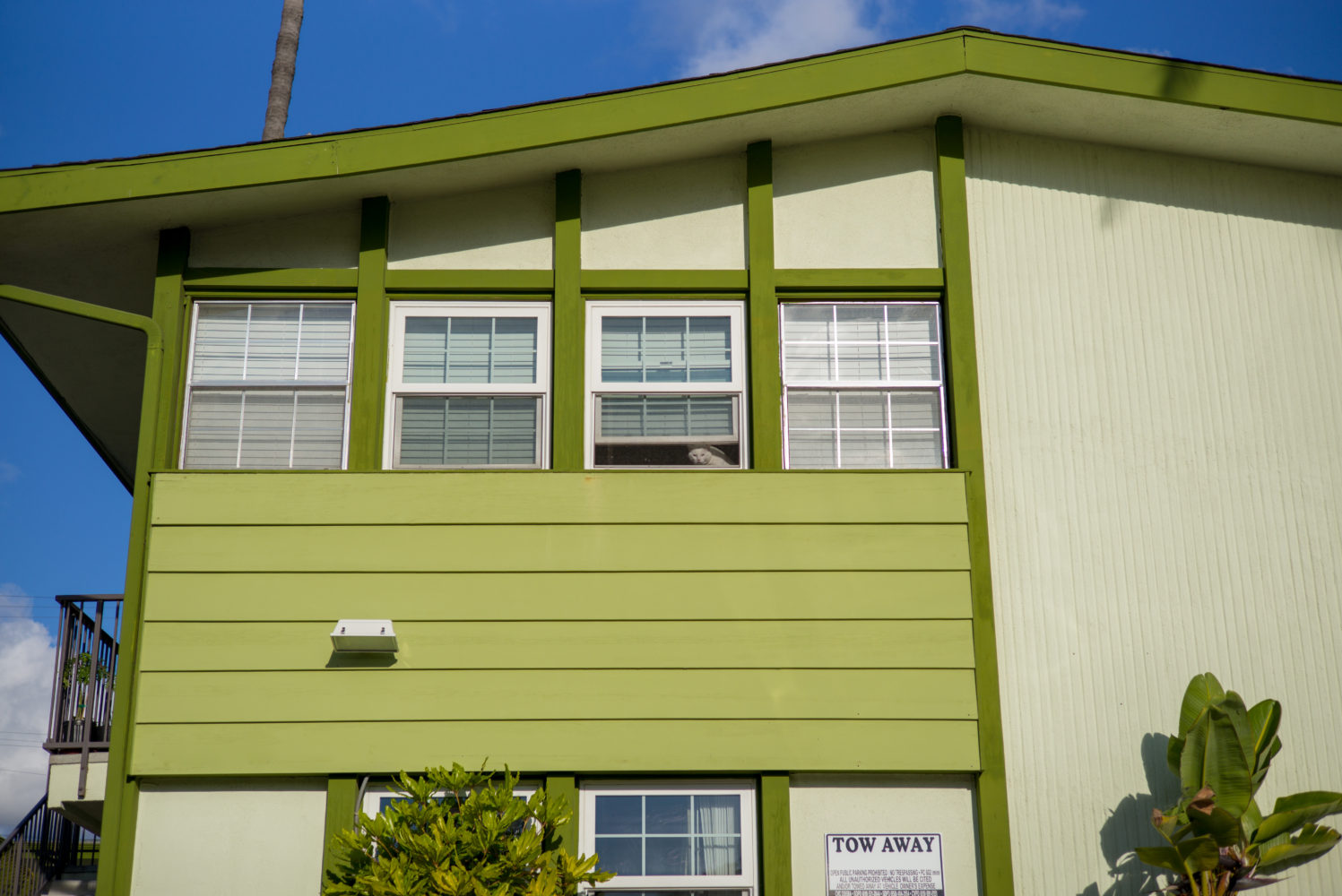