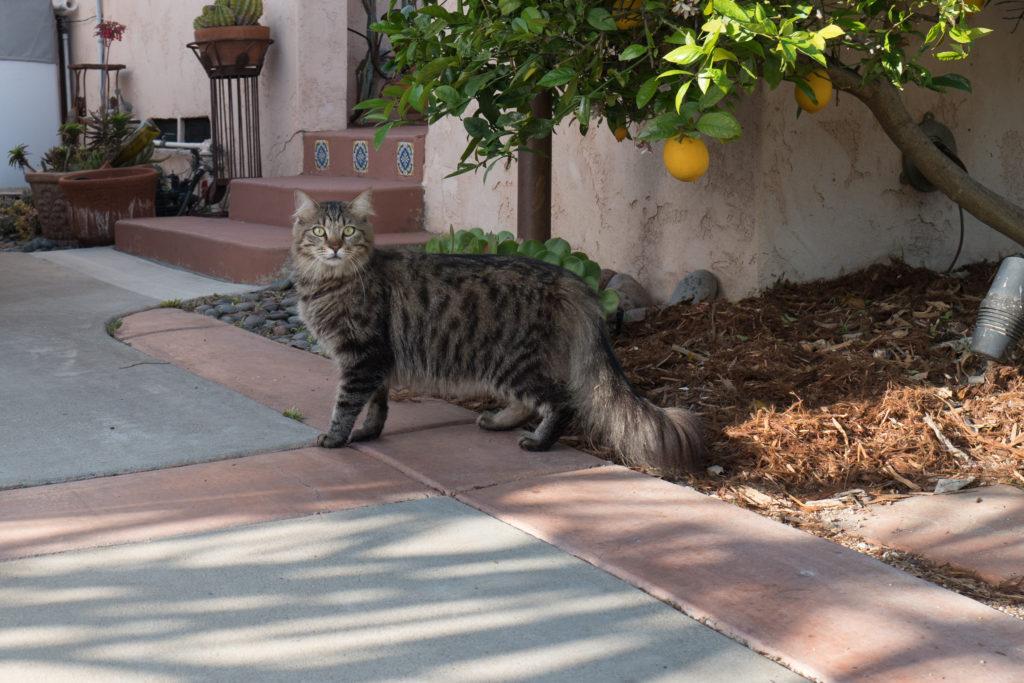 The day after seeing E.T. (for Exotic Tail), my wife and I returned to the same place, as I sought another portrait and maybe a name (from the owner). The kitty slept far back in a driveway, and unaccessible. We later came upon two other furballs, along Golden Gate between Cleveland and Maryland Avenues. The first is another tiger tabby with fluffy tail. What a lucky segue. I nickname him Bushy.

The other cat, a calico, will be the series’ next profile. Bushy kept his distance, flanking from the bushes along several houses, while his companion was fairly friendly. 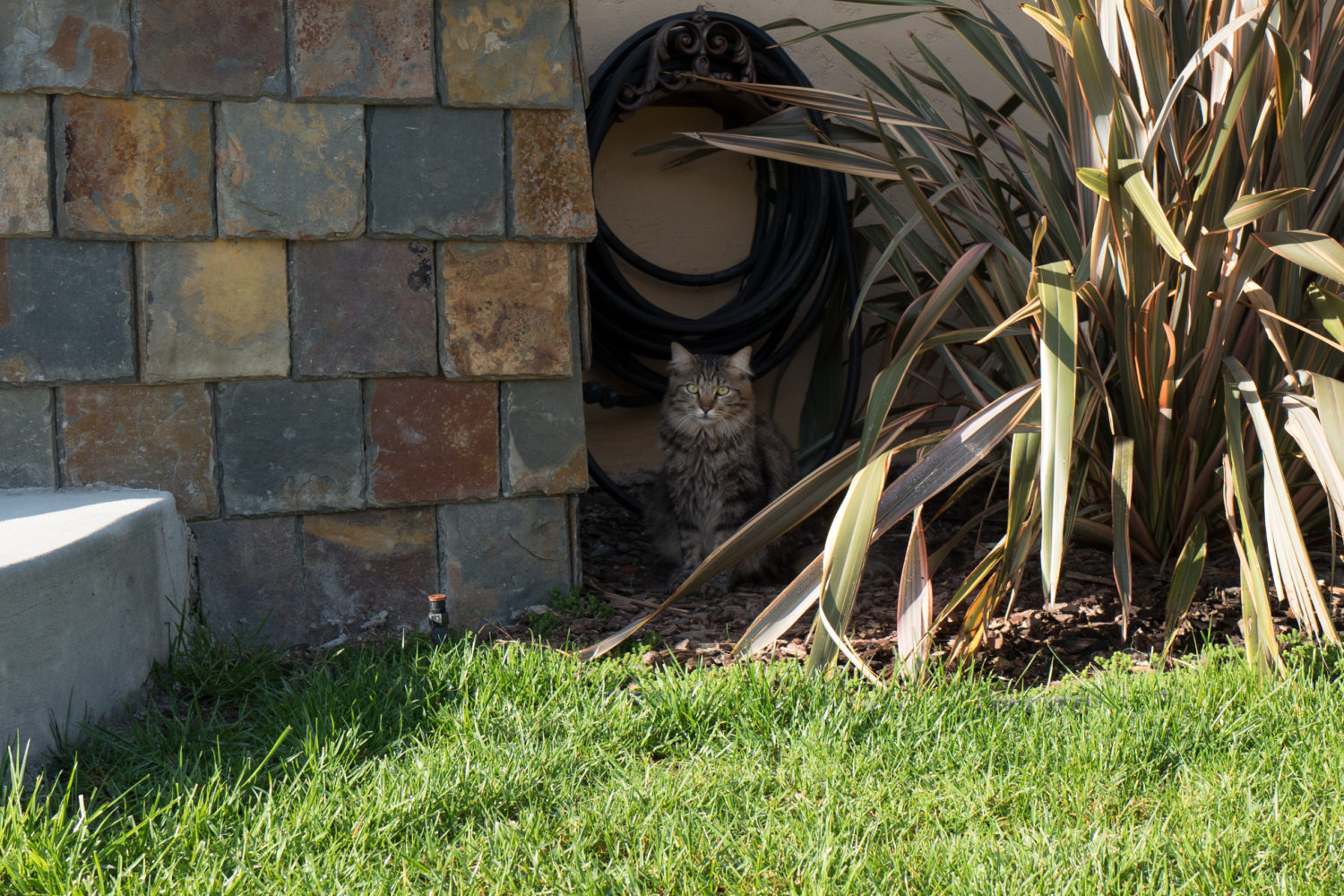