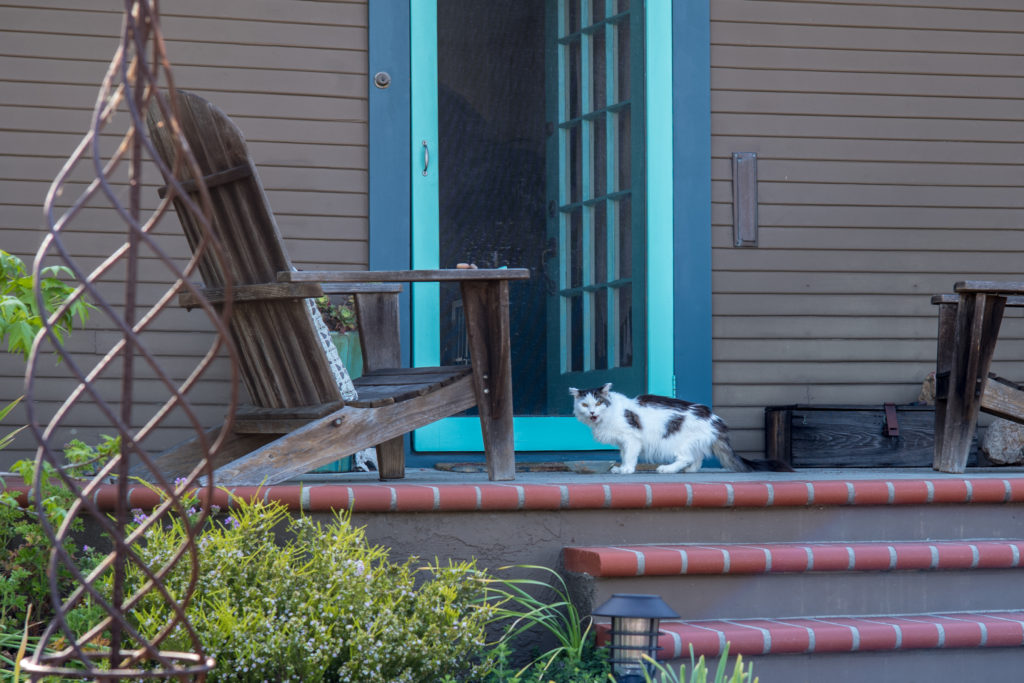 My wife and I unexpectedly encountered two 18-year-old felines on the same afternoon, April 12, 2018. The first, Precious, lives on Alabama Street. Anne called my attention to the other, on Louisiana between Madison and Monroe; I crossed the street to capture the moment—and unexpectedly meet her owners. Her name, Gracie, comes from the Bible. Appropriately, perhaps, her owner choosing it is called Kitty.

Gracie came to her owners as a pregnant stray, who would bear four kittens. The married couple of five years (at the time) kept the momma—and from the litter one male, who later died. He was a brat, whose misbehavior led her to be somewhat shy and reclusive. But after his untimely passing, she found herself, warming greatly to her caretakers. 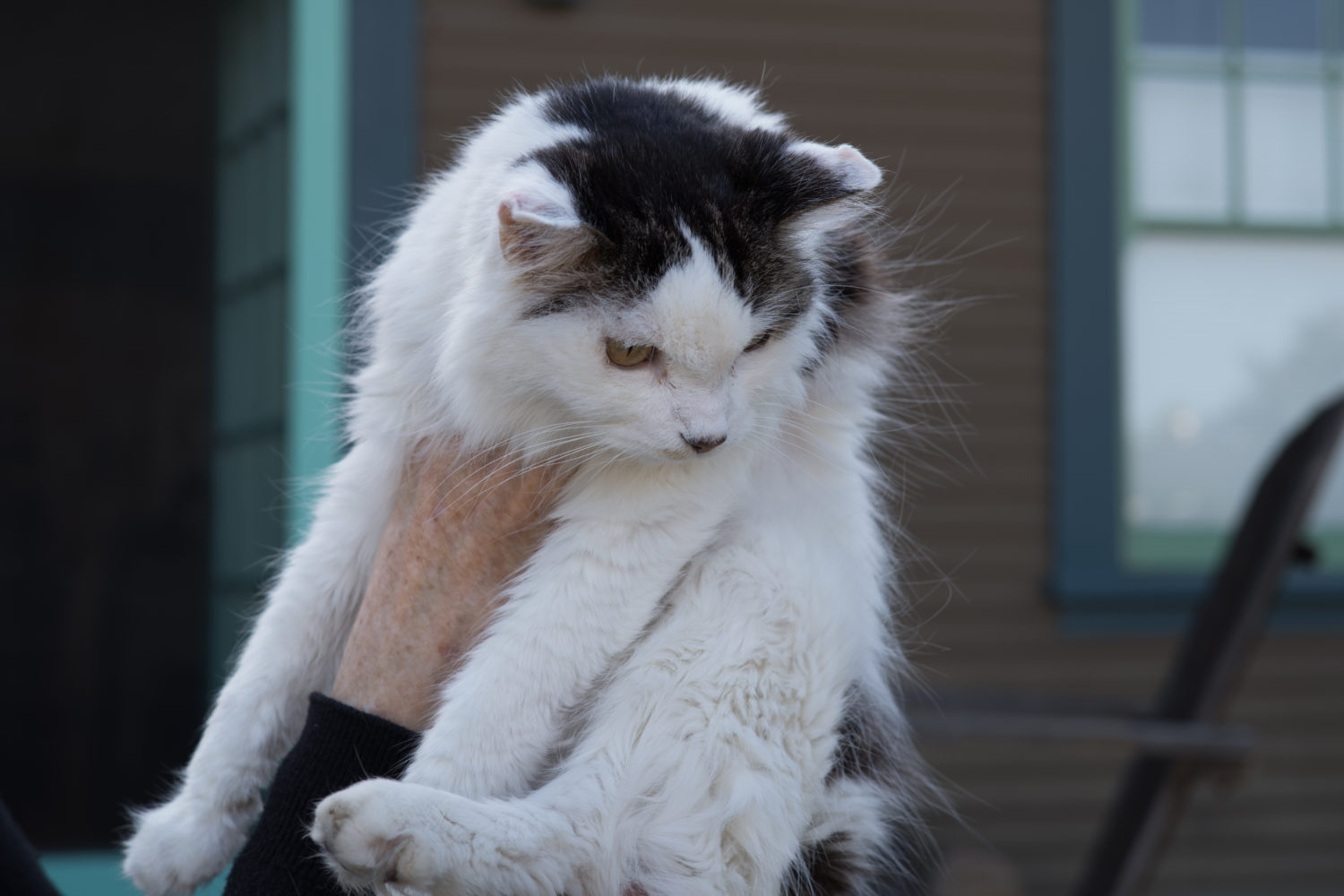 Despite advanced age, Gracie is surprisingly spry and vigorous. She is fiesty, and protective of her territory, as the Featured Image reveals. She hissed at no one else, BTW, proving to otherwise be the sweetest thing. I used Leica M10 and Summarit-M 1:2.4/50 lens to make the moment. Vitals: f/5.6, ISO 200, 1/90 sec, 50mm; 4:42 p.m. PDT. The companion portrait is same except for timestamp, which is 10 minutes later.

Update Jan. 20, 2020: I chatted with Gracie’s owner today. The kitty passed away about six months ago, just 10 days after her celebrated 19th birthday. May she Rest In Peace.