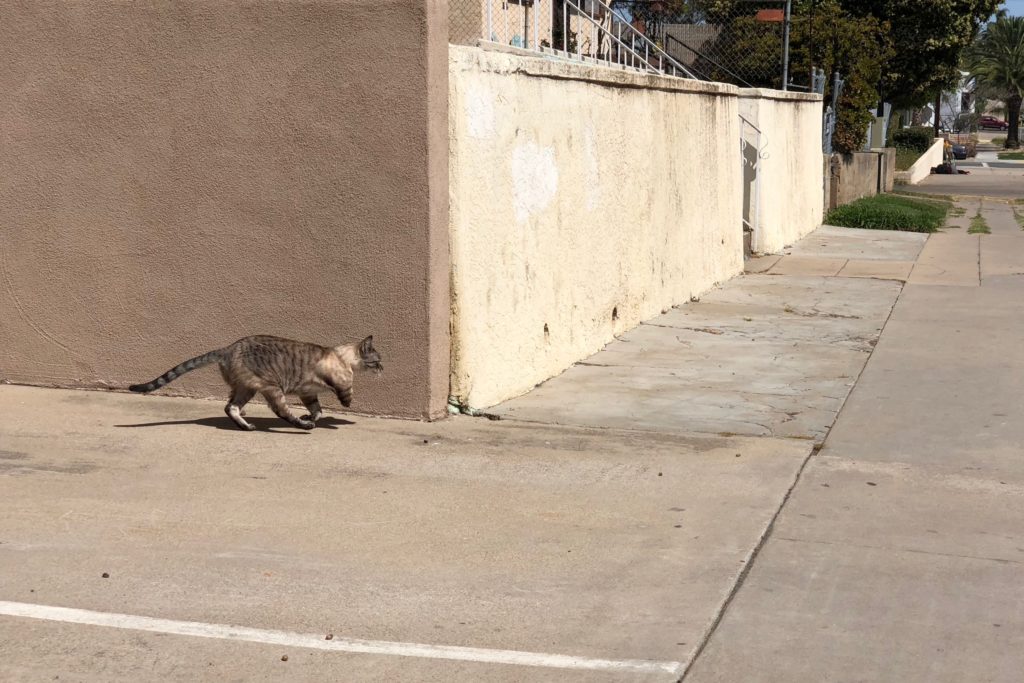 Amble is the second cat in the series missing a limb. Mini is the other.