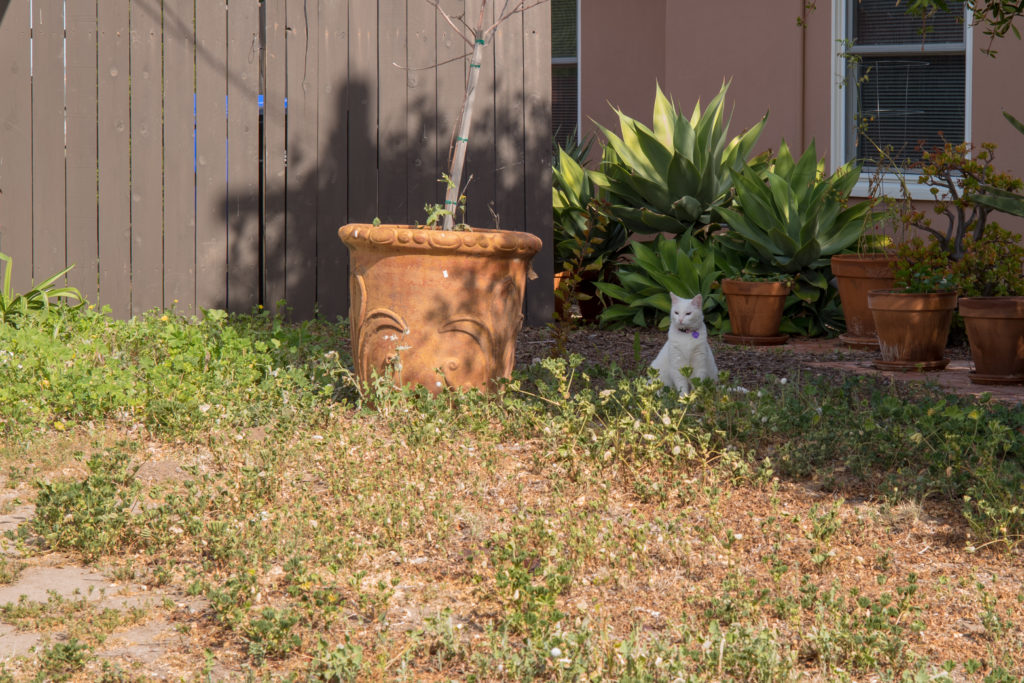 What a lucky Friday the 13th find is this adorable white, which my wife spotted six days ago as we walked by Carmelita where it meets Mission Cliff. Aylin, or so her tag says, stood quietly in the grass of one house before coming out into the street to greet us. 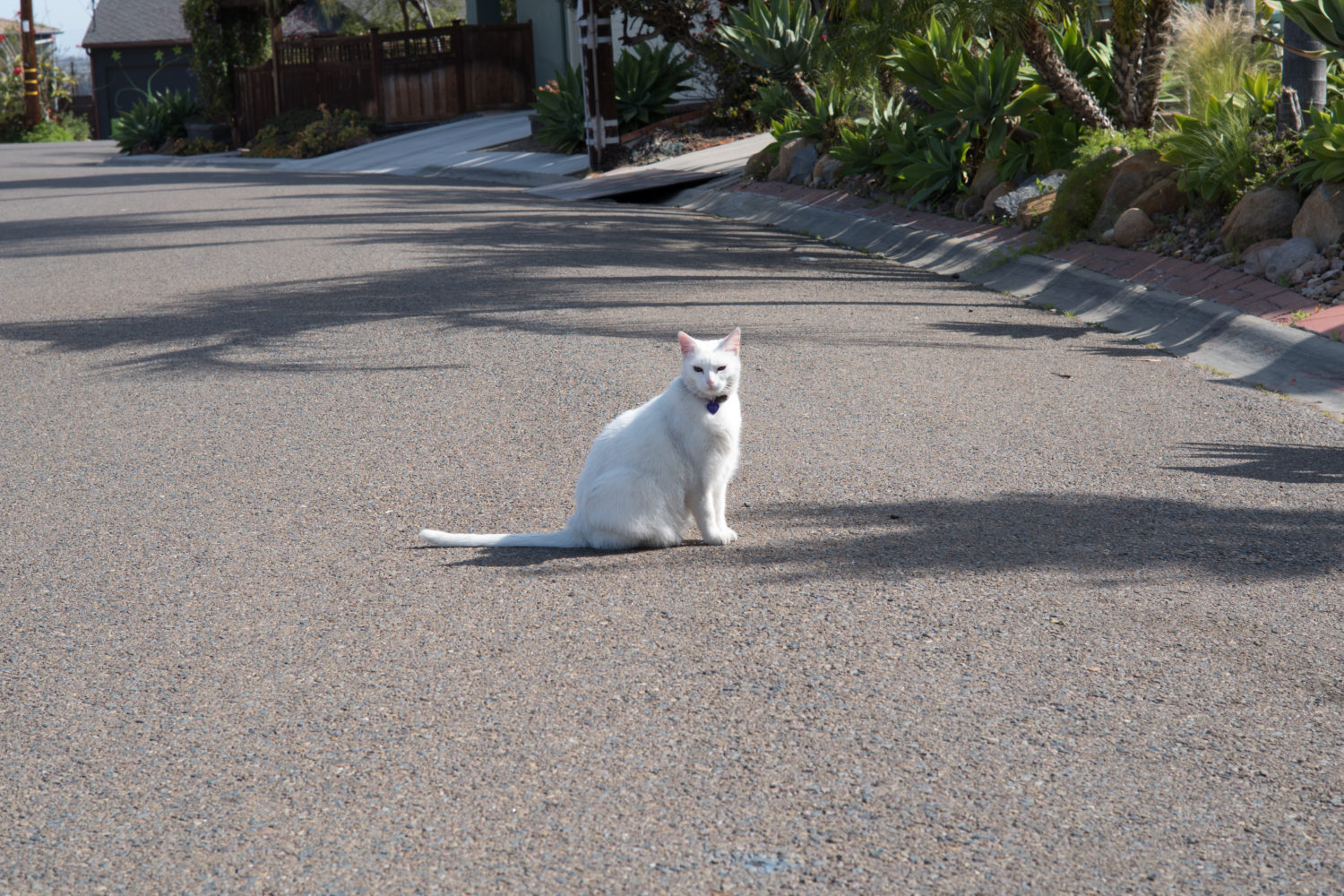 The property where we first saw Aylin wasn’t her home. A loud vehicle scared her from the street, and she ran across the way to another lawn and into an open door.

Update, May 5, 2018: While walking, Anne and I saw Aylin, who scurried from her porch to the sidewalk for attention. Her owner came out, and we had the most delightful conversation. Ages ago, there was an air force base in Limestone, Maine, and her then-husband was among the stationed personnel. For part of the time, at least, they lived in neighboring Caribou (e.g. my home town).

As for the white kitty, Aylin was adopted at four months old along with a black Maine Coon kitten. They had become a bonded pair, which might explain why Aylin was taken to new homes twice before without him and returned to the shelter for behavorial problems. You think maybe she missed her buddy?  He is called Lord Jeffrey, BTW. Unless I remember wrongly, the two cats have been with their caretaker for more than six years. (Or did she say nine?)

Oh, regarding the main photo: Gophers live under the neighor’s yard, and Aylin waits by their holes for one of them to come out. Yep. She is the local pest control.