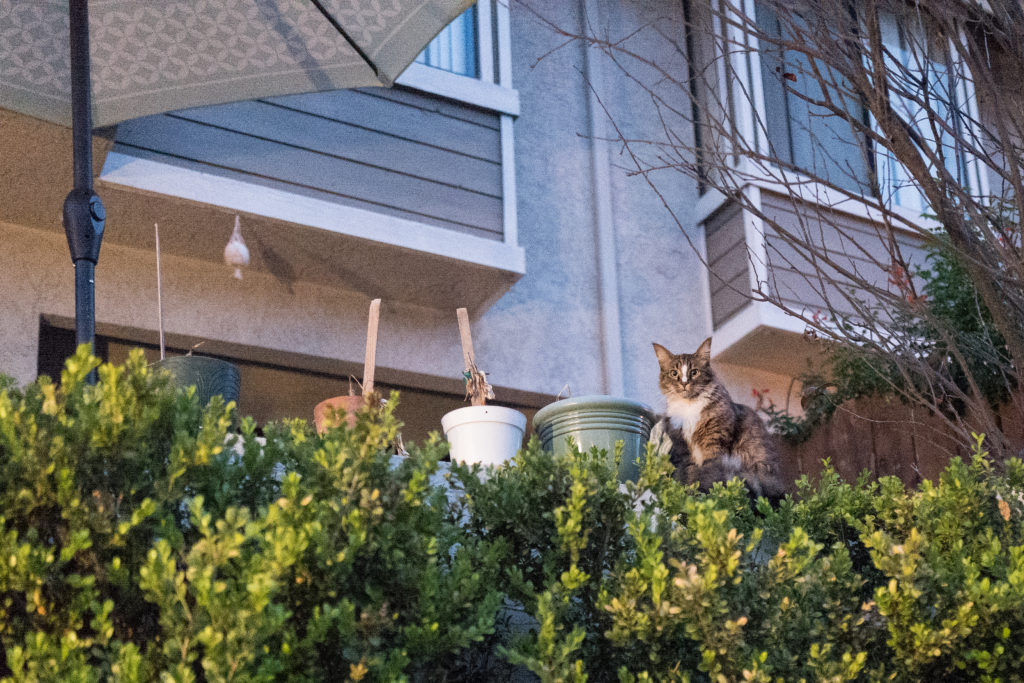 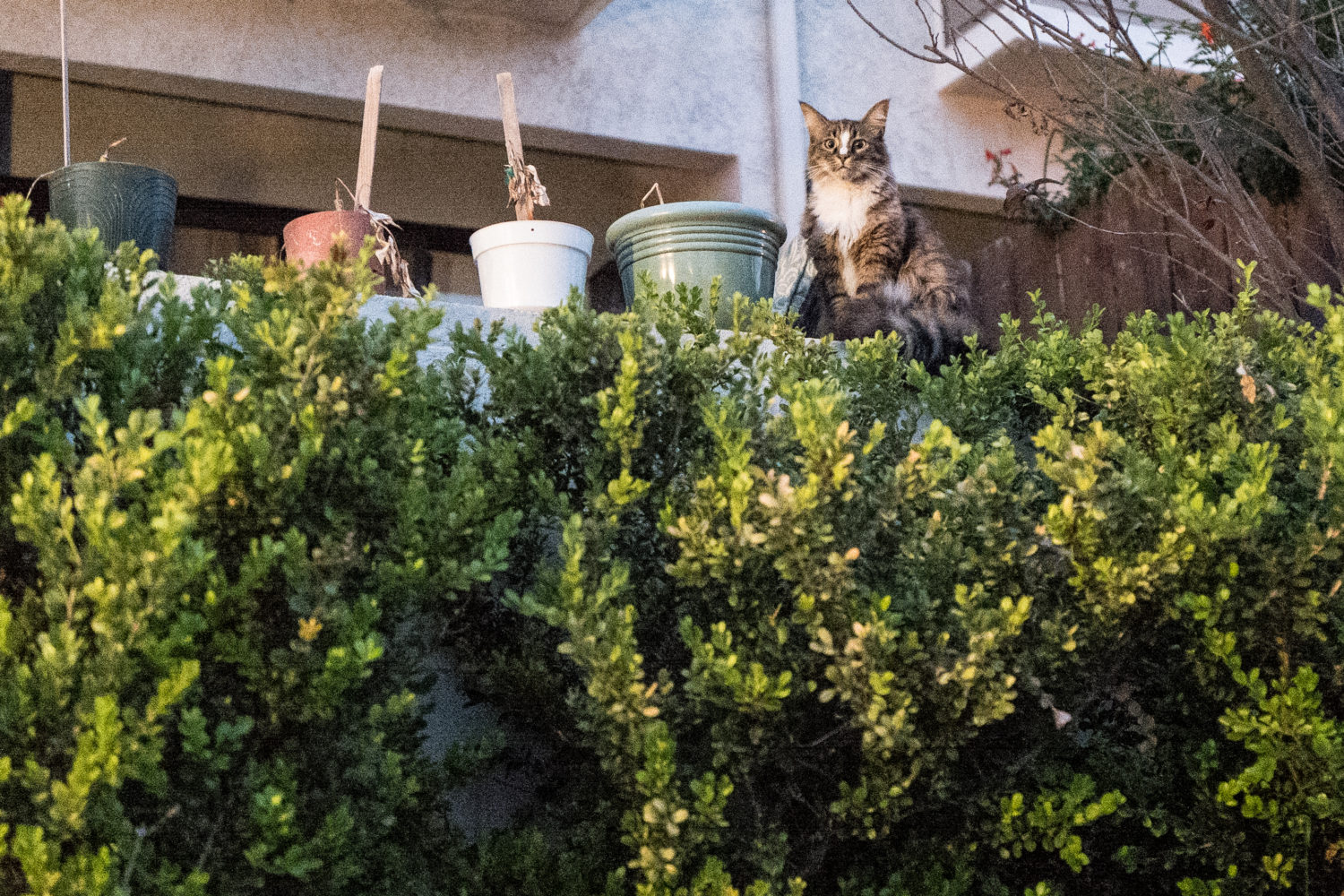 Unsurprisingly, with low light and high ISO, both crops are fairly noisy but nevertheless usable. I call the furball Wonder for her remarkable posture and features. The little points on the ears and fluffy tail are Maine Coon characteristics. Size is another, without being chubby, and her stature impresses if the plant pots are any measure.

Update, May 7, 2019: From a missing cat post on Nextdoor, I learned that the kitty’s real name is Kit. Because there is another feline in the series so designated, but as a nickname, for the purposes of avoiding duplication, I’ve added Coon in parenthesis to Kit in the updated title.

Update, Nov. 30, 2019: For months I wondered if Kit had been found. Yep. At dusk today, I saw the fluffer on the same wall where we first met.