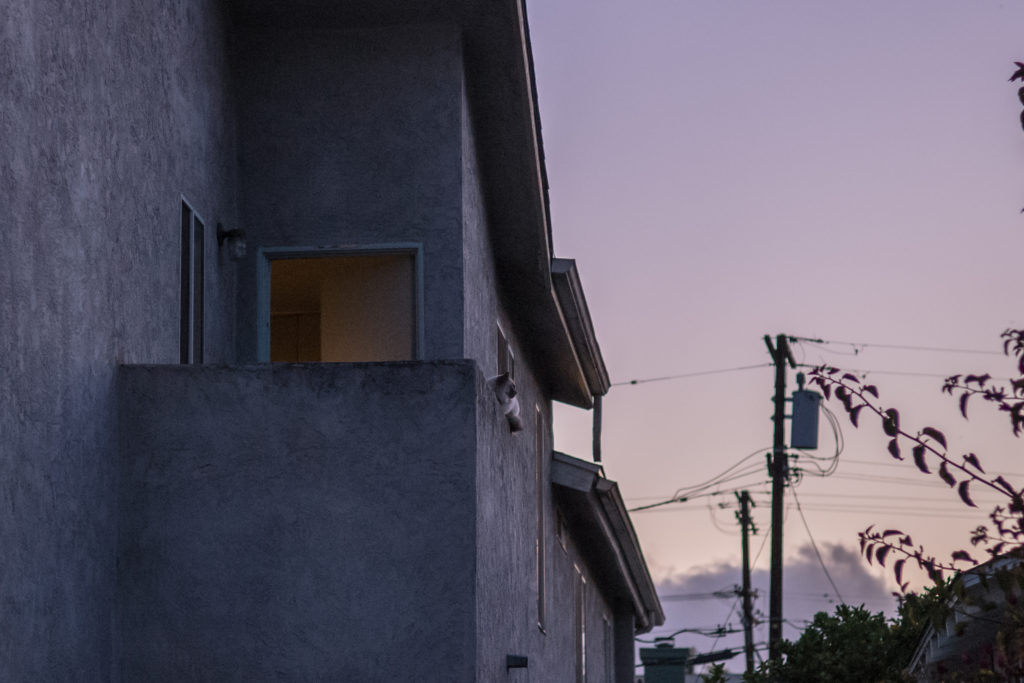 I spotted Dizzy quite unexpectedly just after sunset, which was 7:29 p.m. PDT. I had come home from my cat walk and was processing the aforementioned Tuxedo’s photos, when the screeching of brakes and sound of a crash ripped my attention. Concerned about an accident, I bolted out the door after deciding to leave behind my camera; there was something too paparazzi about bringing along the shooter. Bad decision. 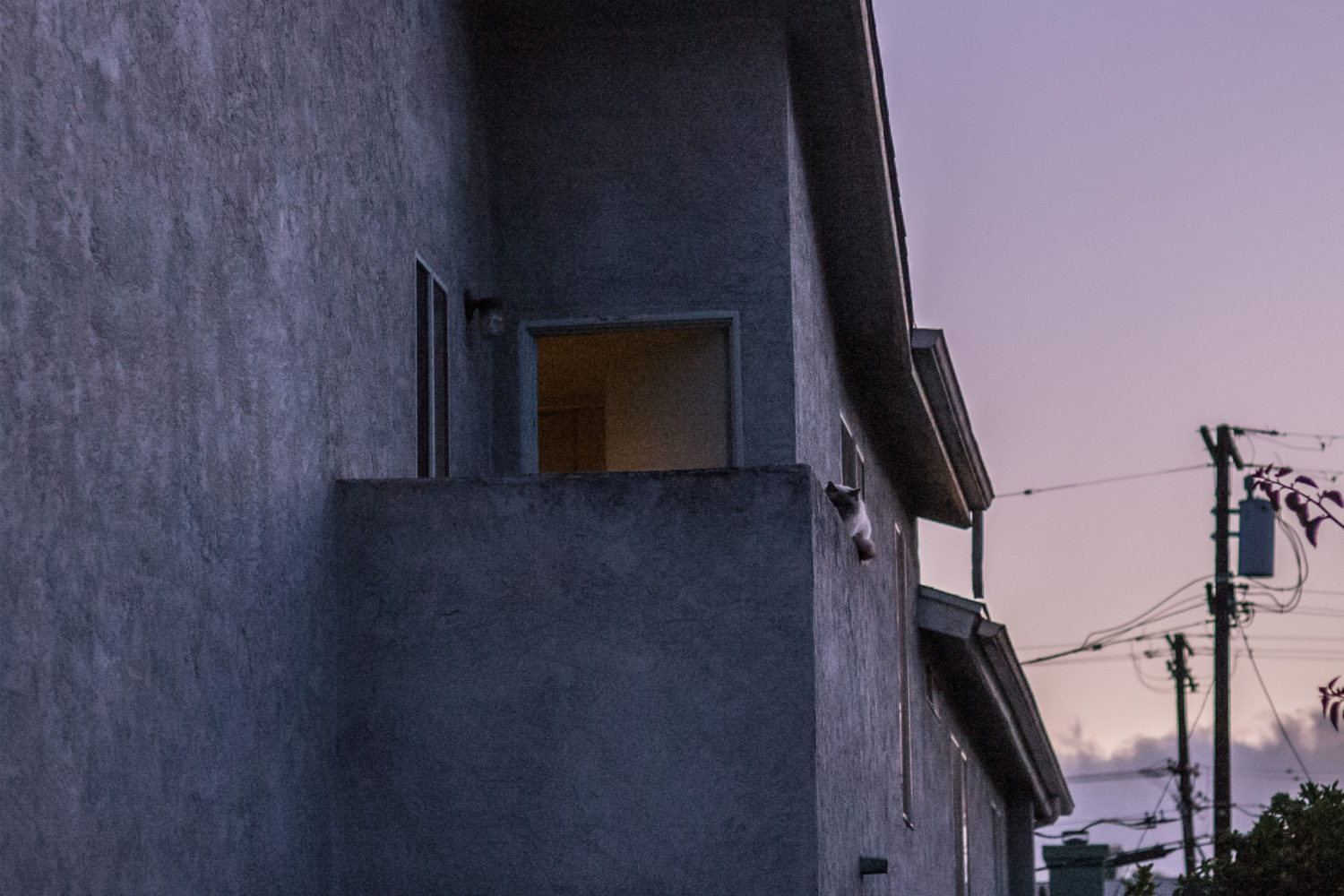 My wife joined, too, but minutes behind. I walked in the direction of the sound but found no accident along Meade Ave., as anticipated. We met and changed tacts: Drawn by the sound of sirens, we walked to Alabama and proceeded towards El Cajon Blvd. I never got that far. Dizzy sat broadside to the street, beckoning to be photographed.

I turned back to our apartment for a camera, while Annie continued along, looking for the accident, which she would see signs of (police car) where The Boulevard meets Park. I got about 10 meters along before deciding to turnabout and snap something, even if not good enough, with iPhone X. That’s the third of the four photos. Vitals: f/2.4, ISO 50, 1/60 sec, .97 ev, 6mm; 7:35 p.m. I couldn’t be sure the cat would still be there upon my return. The beastie would remain but change positions. 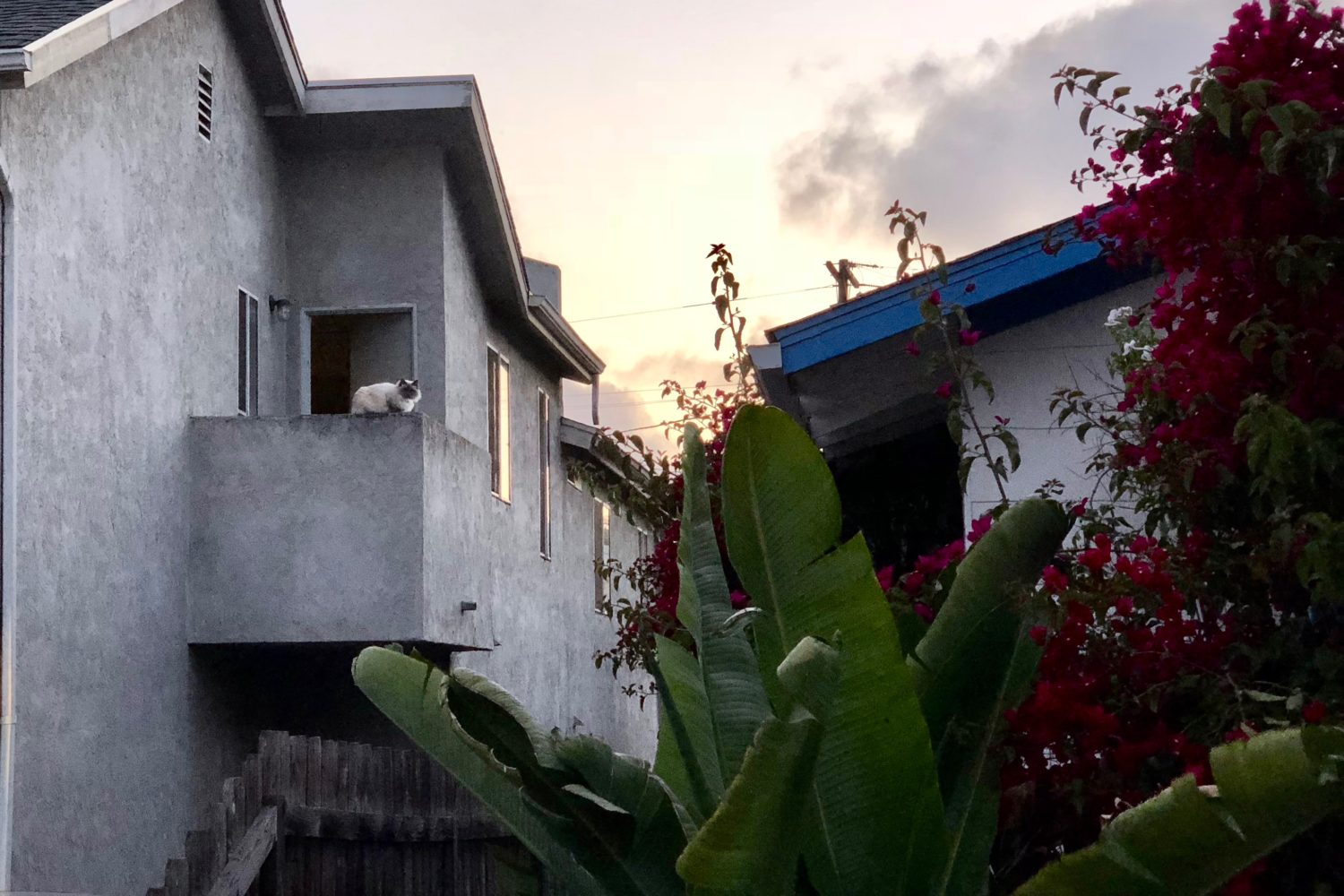 Dusk descends quickly, I learned last evening. What a difference 10 minutes makes, when comparing the camera captures to the smartphone shot, regarding available light. In the originals taken later, Dizzy and building are more silhouettes, which I remediated when editing DNG RAWs. Both Leica portraits are heavily edited crops, which demanded some tough arbitrary decisions for temperature that makes the building truer to color for the time of day but gives the sky a slightly violet hue. 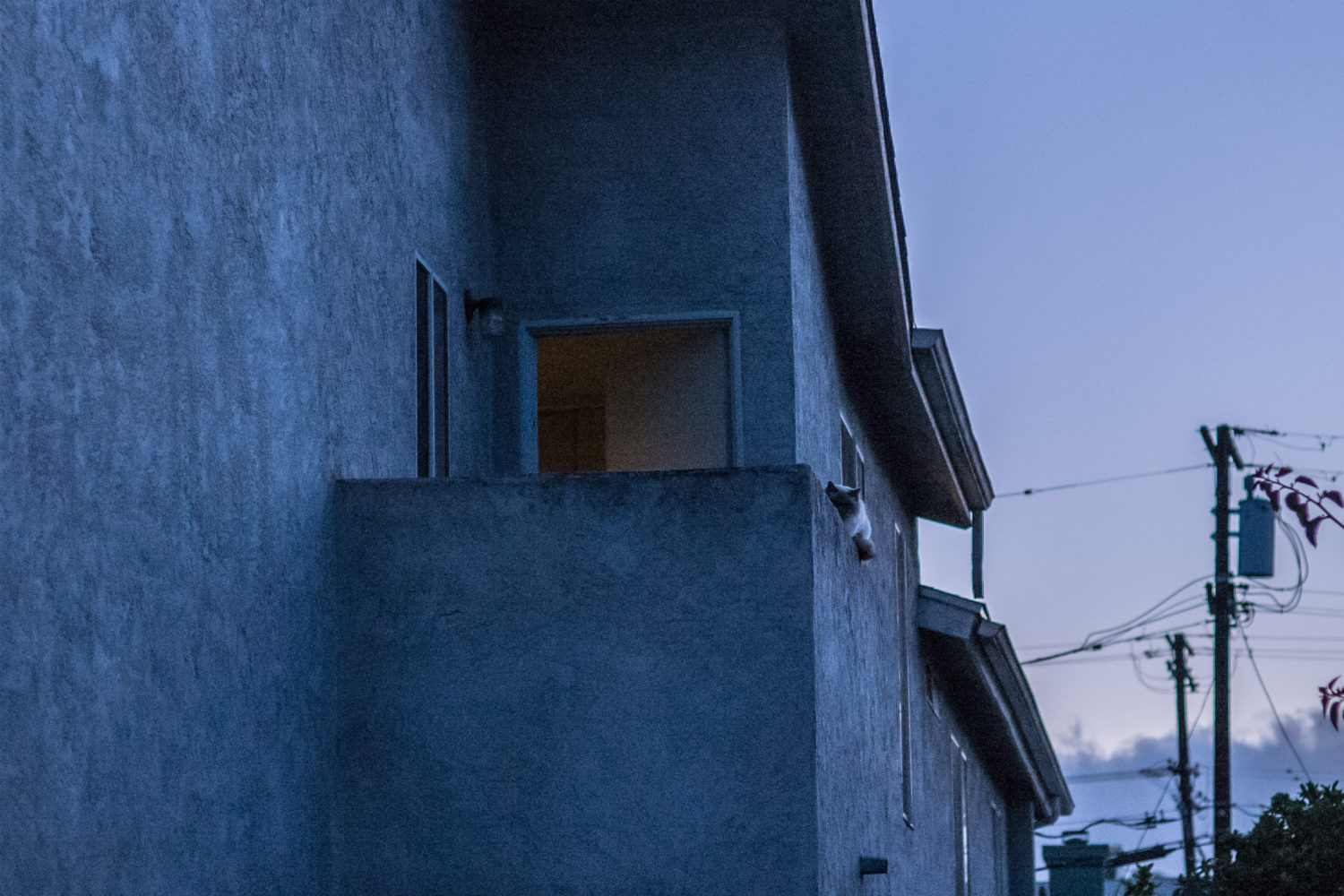 That brings us to the last picture, which is same as the second but with temperature set as shot. I prefer its bluer tones, which with grain (e.g. noise) looks pleasingly painting-like. And please: Do click through to see each of the four larger.