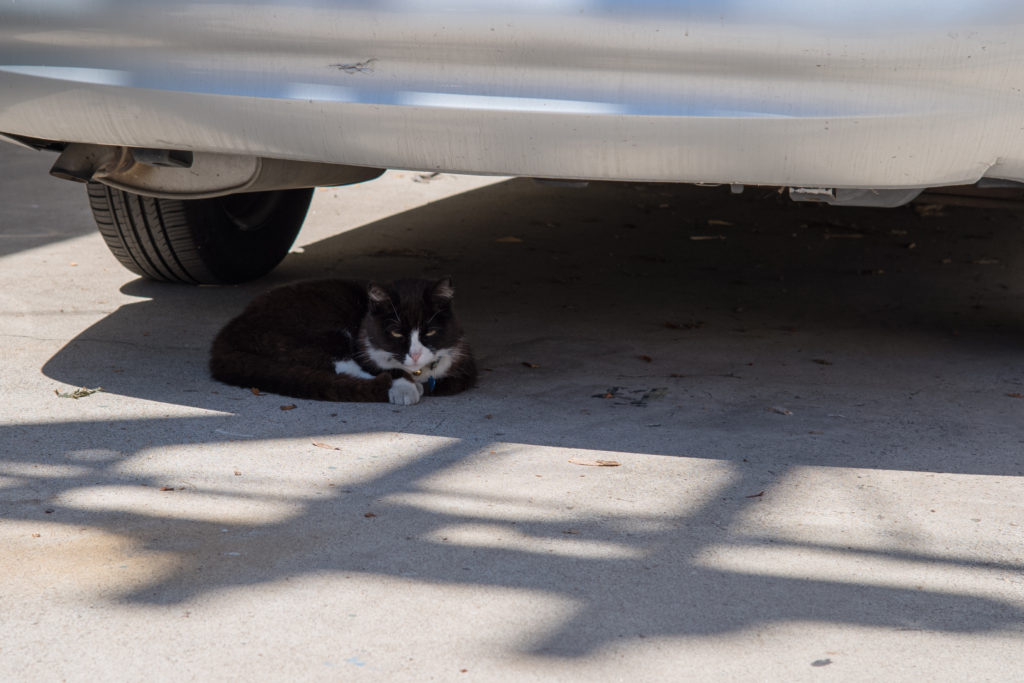 “He’s been with me since fall of 2014”, Chootzy’s owner explains. “His people asked me if I would take him in, and I couldn’t refuse. He’s out a lot and it’s hard to keep him inside. That’s how he was when he met me. Luckily, I work from home so I can keep an eye on him”. An older outdoor cat could easily be more attached to his territory than to his owners. Leaving him behind in familiar surroundings, with a good caretaker, was the right decision to make (or so I say). 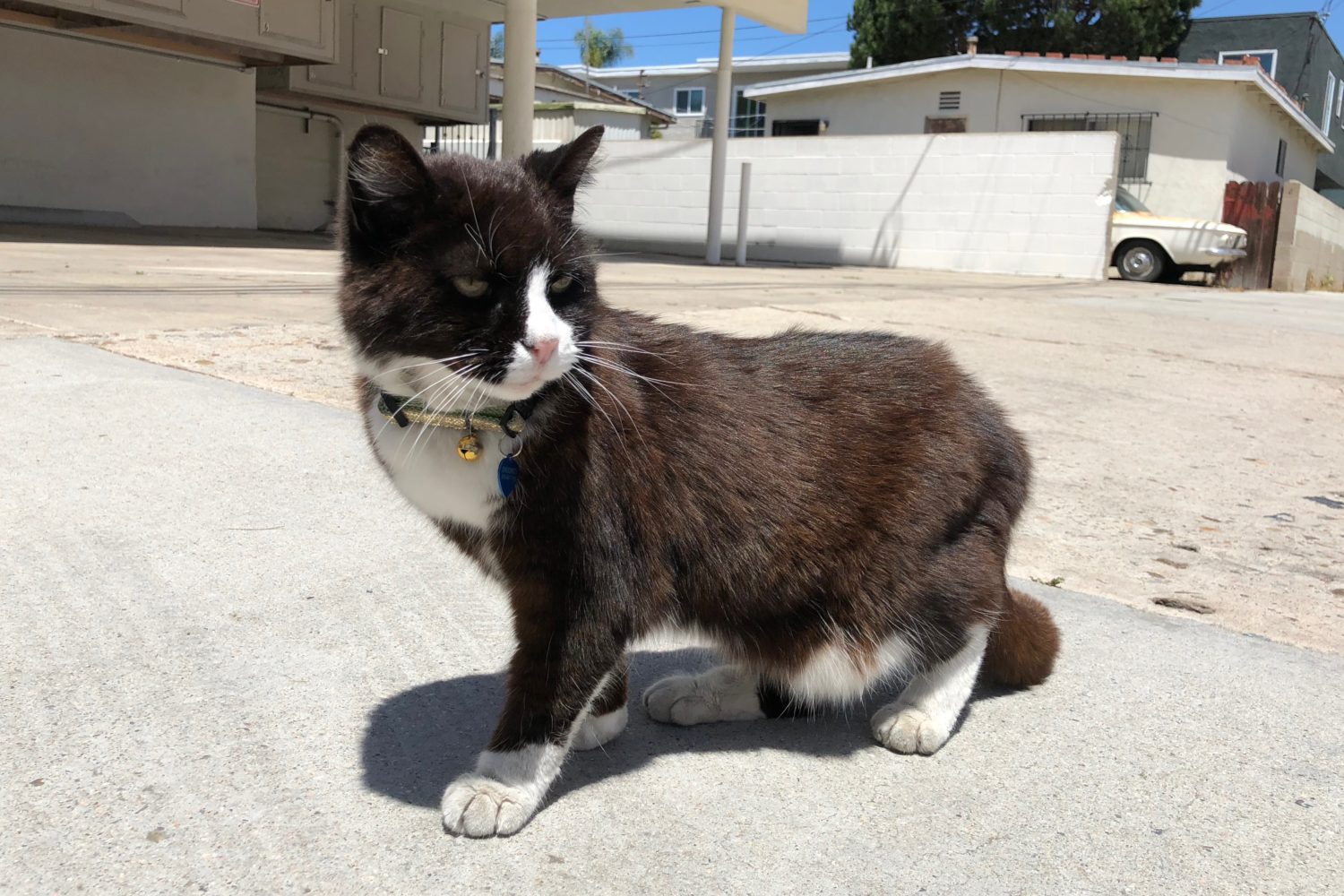 I ventured down the alley four times over two days looking for the well-attired shorthair. Yesterday “he spent the day on the patio”. How unfortunate. But this morning, as my wife and I walked by, Anne spotted him resting in the shade of a car. I crouched down with Leica M10 and Summarit-M 1:2.4/50 lens and snapped the Featured Image. Clearly somebody is sleepy. Vitals: f/8, ISO 100, 1/350 sec, 50mm; 11:44 a.m. PDT. 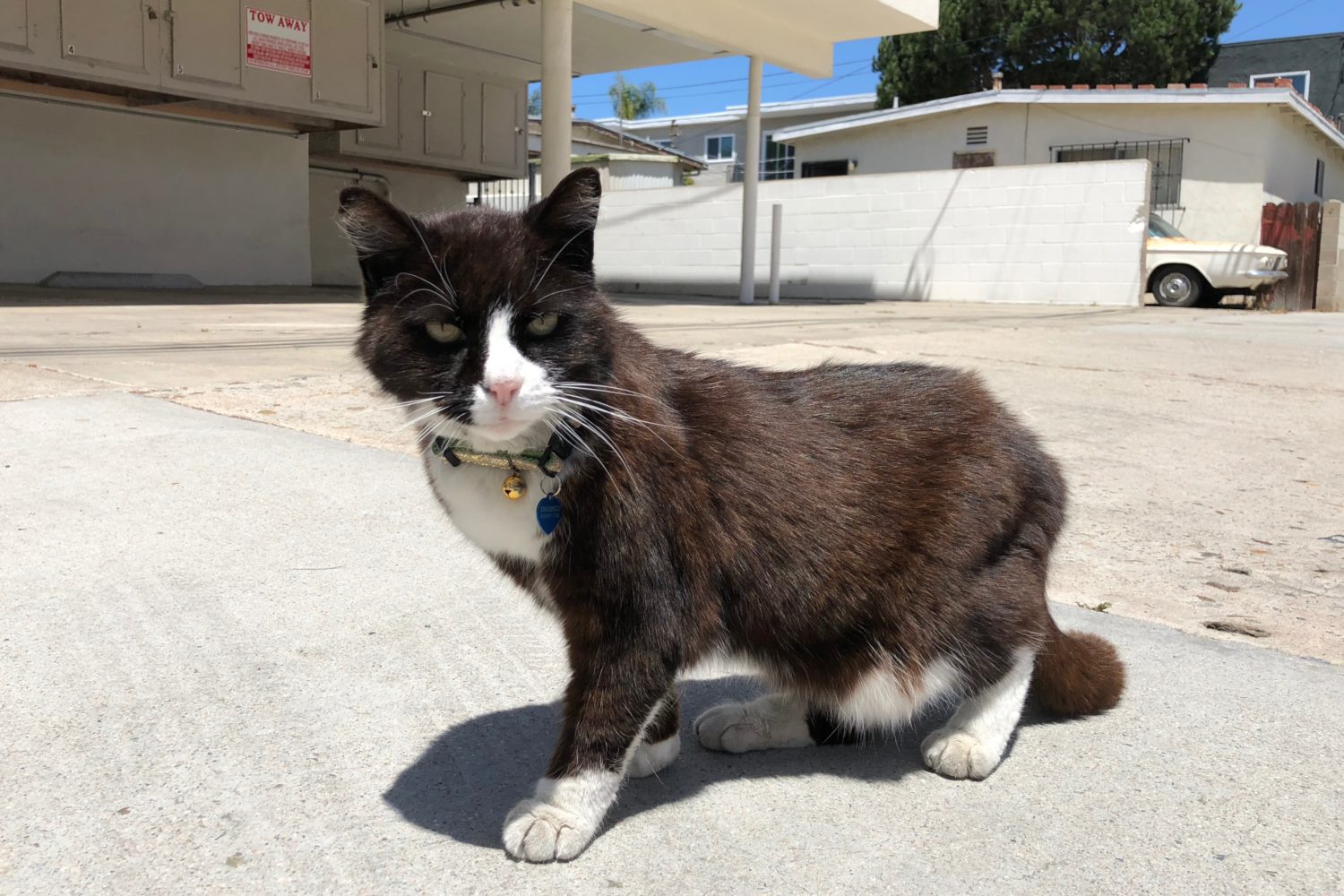 Choontzy is a darling, and his fur is surprisingly soft and well-kept for a kitty of advanced age (grooming habits tend to be poorly among elder putty-tats). Anne and I enjoyed the visit, as we hope that he did, too. And we look forward to a greet-and-meet when the sun isn’t so stifling for furballs.

He’s so special, he has his own Facebook page.