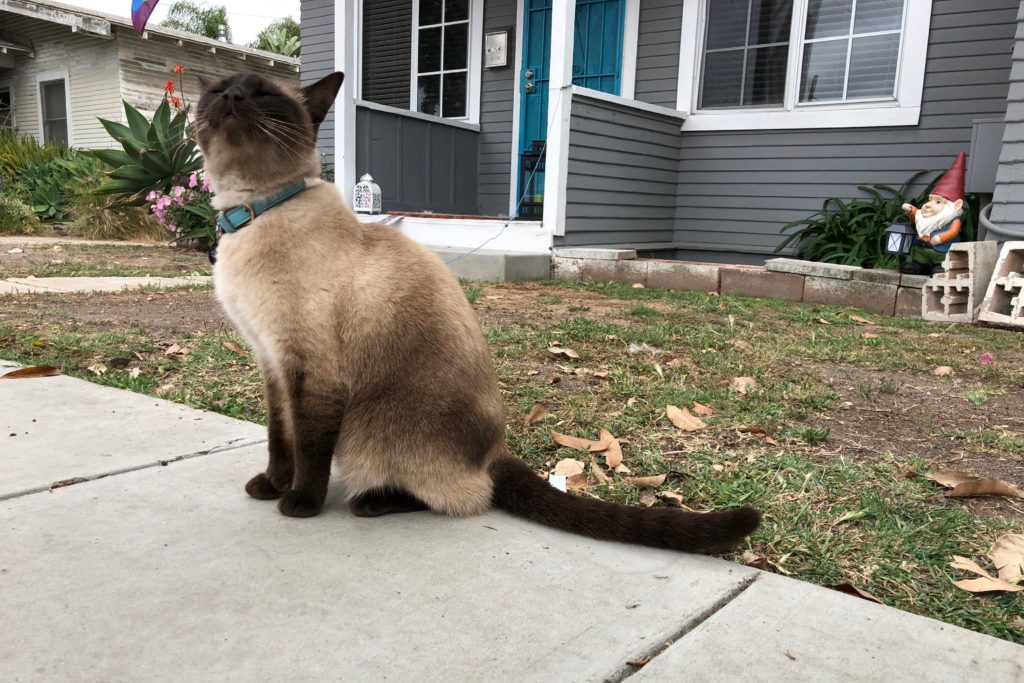 Our first feline of June is Vivienne, who adornes this fine Caturday with her loveliness. We met on May 31, 2018 along Meade between Campus and Cleveland. Coincidentally, she resides in the same house as Sophie, who moved away with her owner around Sept. 1, 2017.

In the adjacent property, feral kittens and their Momma briefly lived before being trapped by neighborhood teens and taken to the local animal shelter for adoption. They joined the series in mid-August 2017.

More: The property I nicknamed the Schoolhouse is at the end of the same block at Campus. In late-August 2017, my wife and I put a $600,000 offer on the Santa Fe-style home but abandoned the purchase after failing to reconcile repairs with the seller and her realtor. Hopefully, the lessons that we learned can help other home buyers. 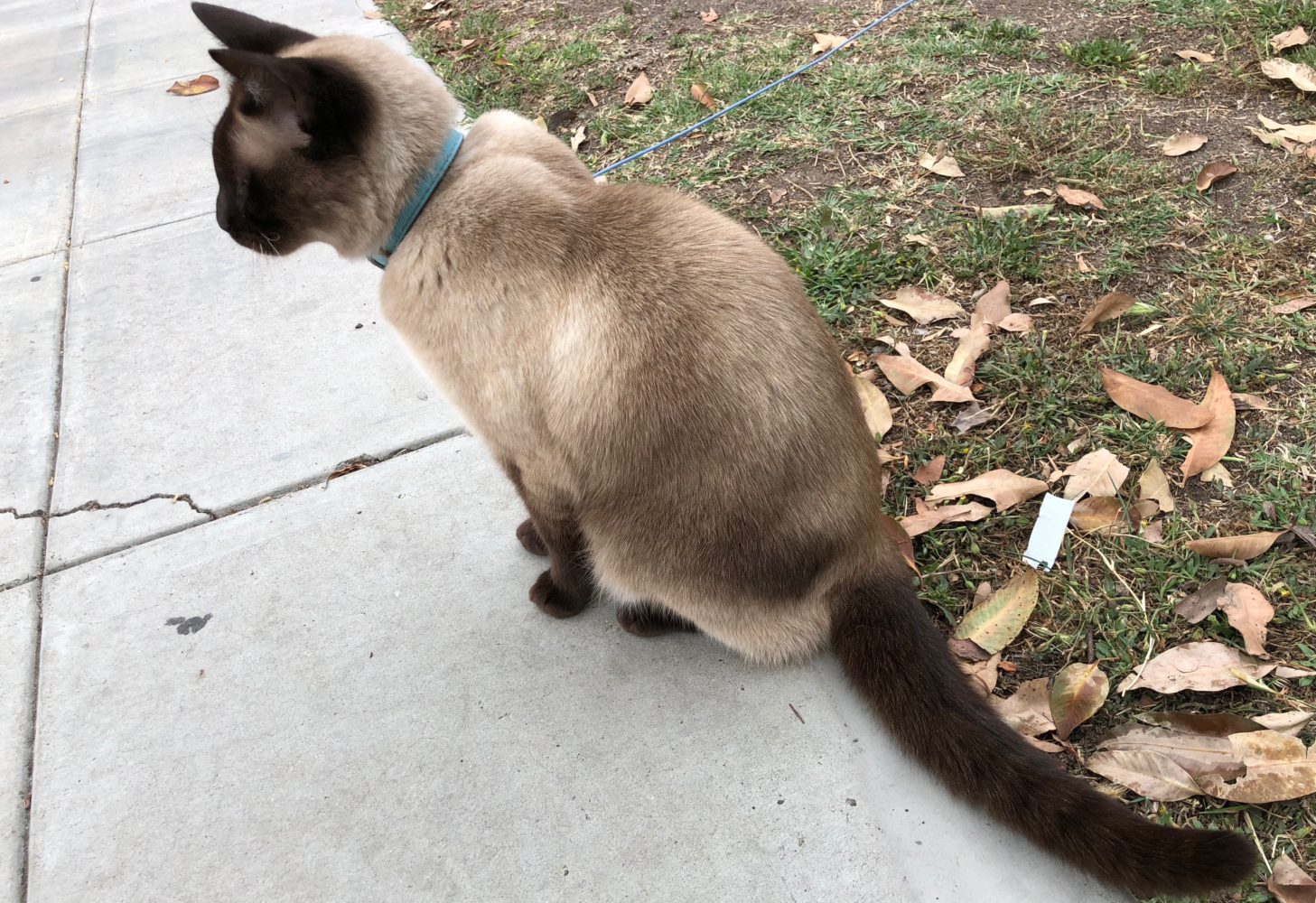 Back to Vivienne: I had walked along Meade looking for Tink—a Siamese living on the other side of Cleveland closer to Maryland. A collar tag revealed the new kitty’s name.

Do cats have a sense of smell, or what? I came from the grocery store with a closed container of sliced turkey. Vivienne sat on a small porch but approached as soon as I knelt down with the plastic bag. She clearly wanted to investigate but a tether restrained how far she could go down the sidewalk. I hadn’t noticed when she first advanced. 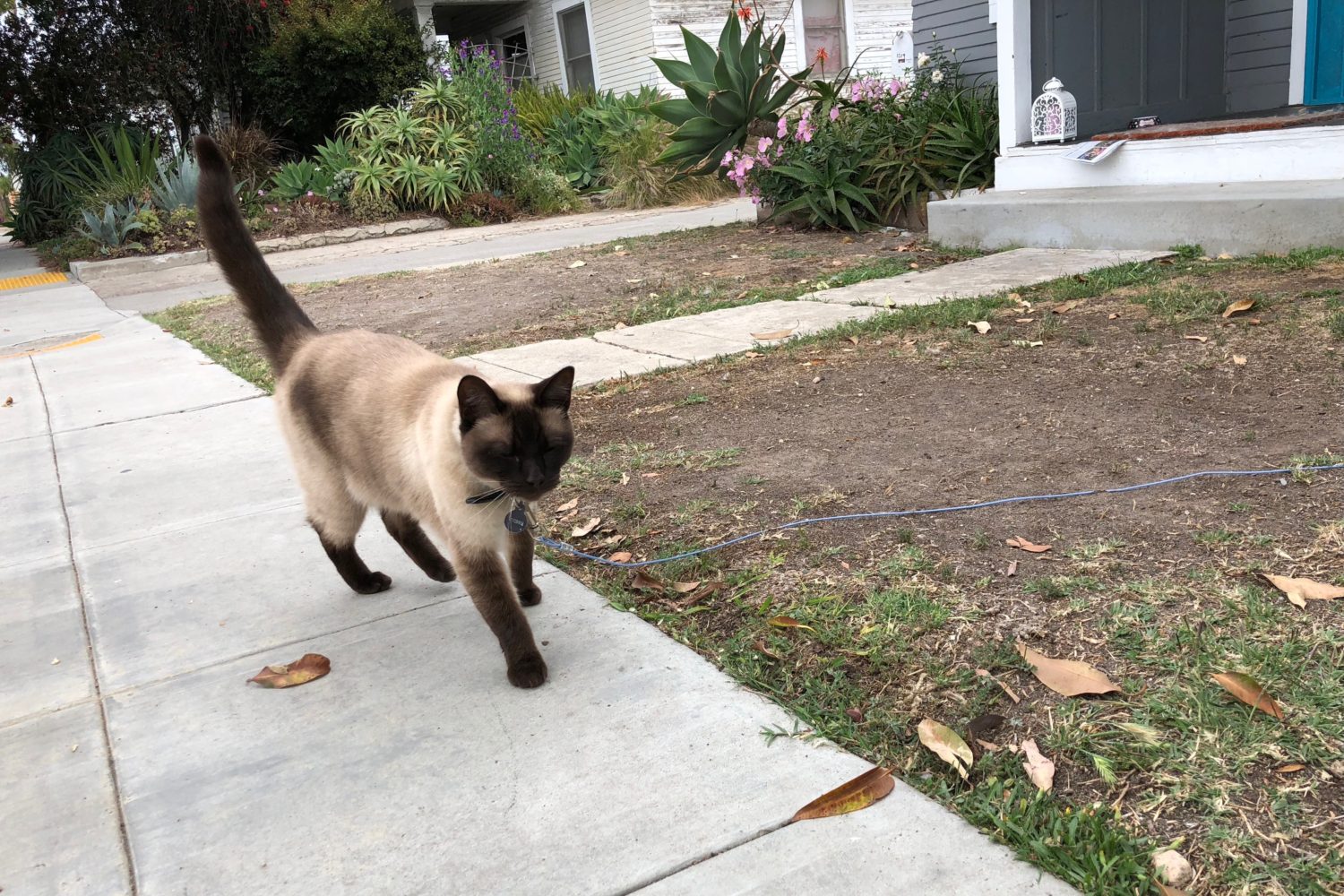 Vivienne was friendly but she photographed strangely from iPhone X. Her eyes are so dark in all the photos, you might think she has none. For this reason, and the character demonstrated, I chose the frolicky Featured Image. Vitals: f/1.8, ISO 20, 1/375 sec, 4mm; 5:26 p.m. PDT. The first companion is same except 1/373 sec shutter, while the other is 1/475 sec shot a minute earlier.