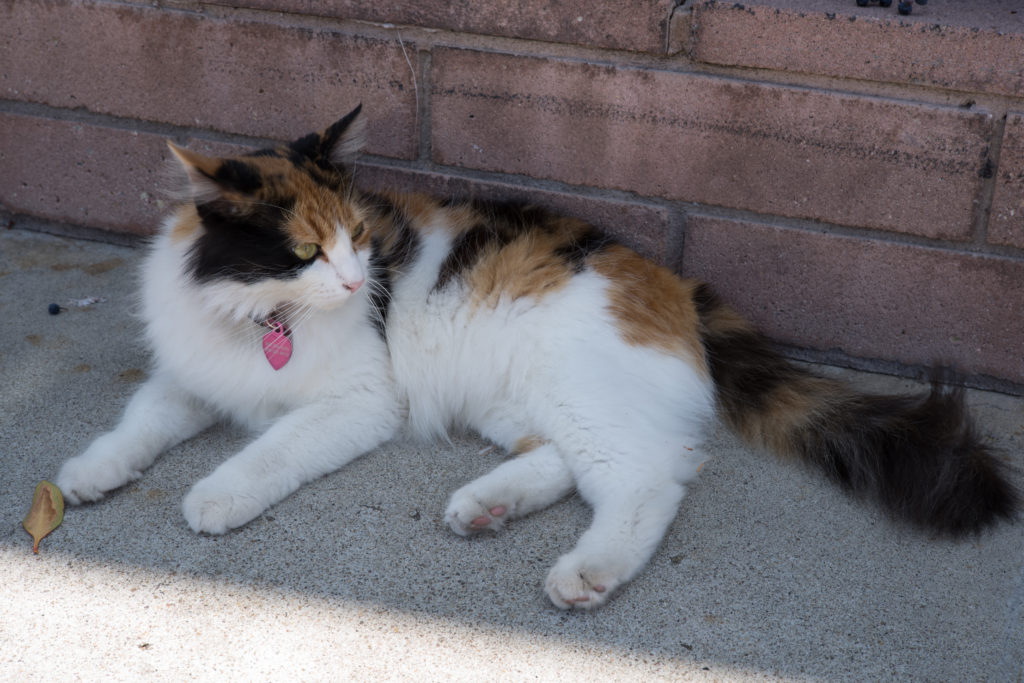 We celebrate this fine Friday with the start of a two-part Star Wars theme. Who would have guessed that yesterday I would meet a Calico named Princess Leia along Louisiana between Meade and Monroe. She worried me, though, with her scratchy and continuous mews, that she might be lost—or maybe just lonely. She sounded and moved like a mature madam. I regret only getting her name from the tag. 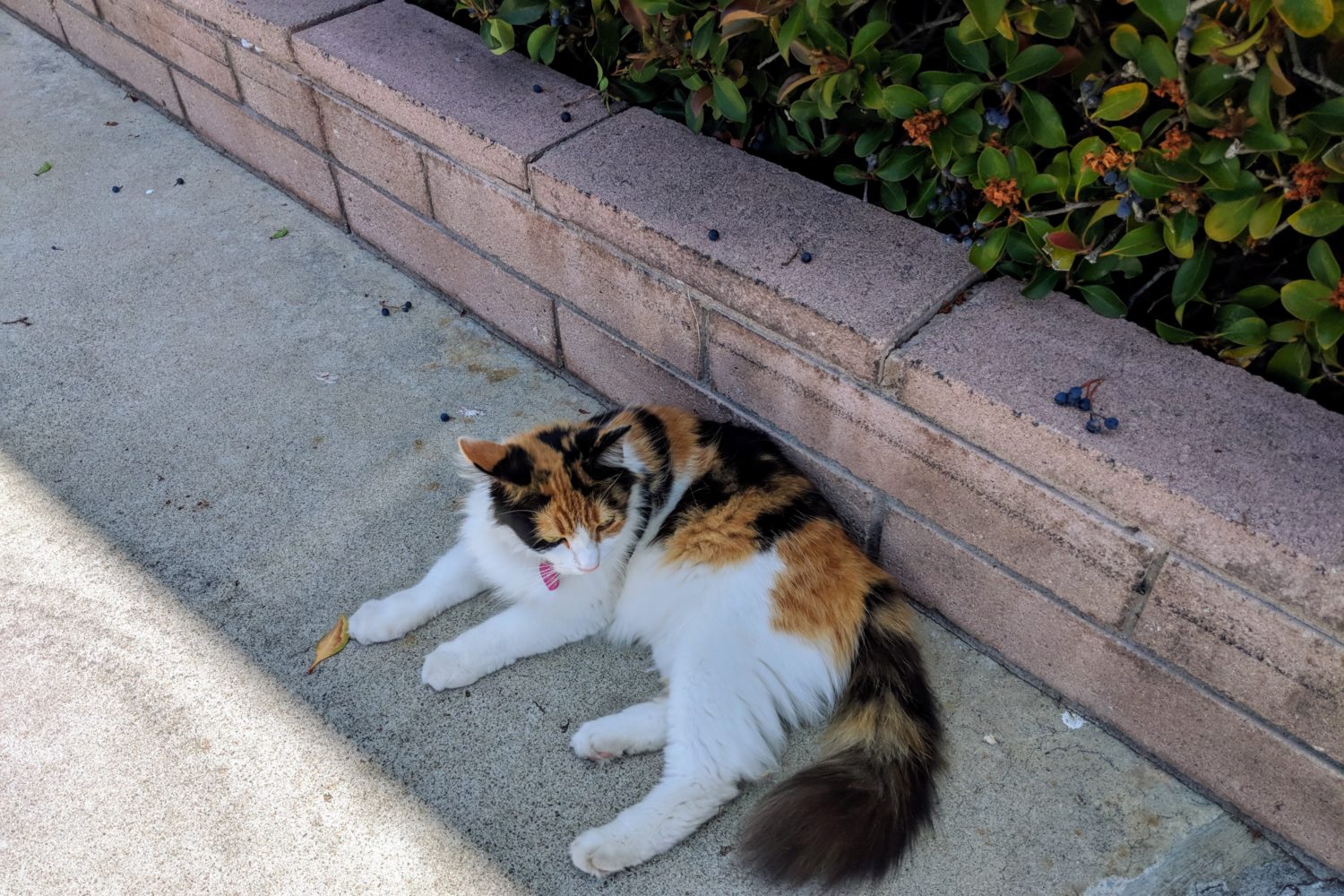