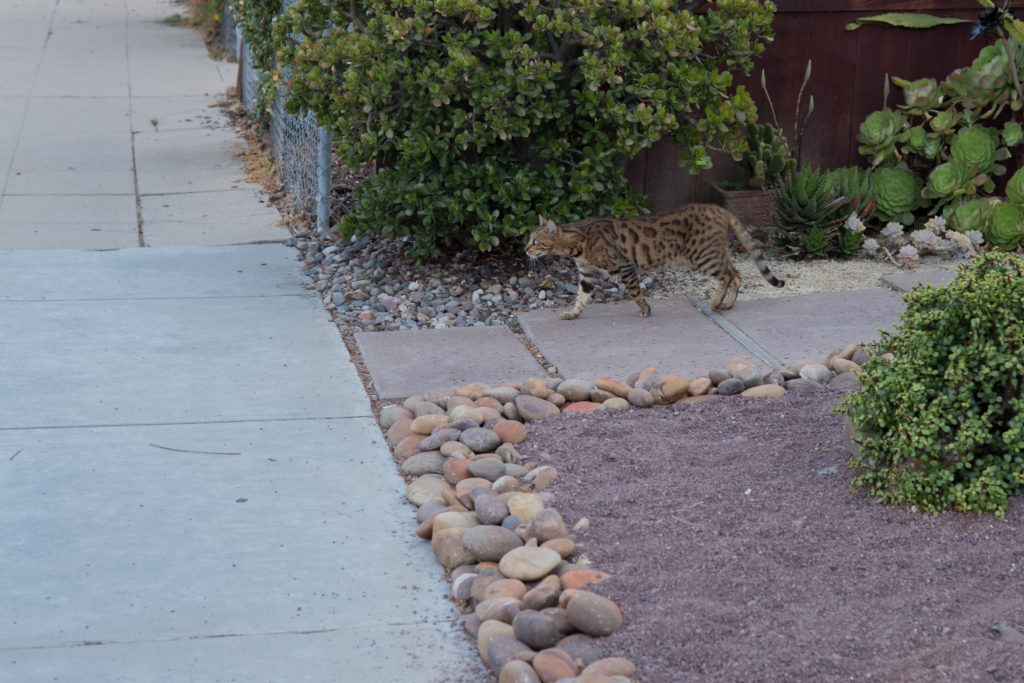 I read about this beautiful Bengal for about a month in various posts on the NextDoor social network before finally making contact, June 7, 2018. Residents wanted to know who this animal belonged to, if anyone, with some confusing the regal feline for Abby, who lives about four blocks away.

Earning nickname Royal, the cat commanded great presence. During our early evening walk, the shorthair approached my wife and I, coming up Monroe Ave. Interestingly, a ginger followed about a half-block behind, eventually seeking refuge either in the alley or some yard between Louisiana and Texas streets.

Royal turned down Mississippi, unconcerned with my approach, first with iPhone X then later Leica M10 and Summarit-M 1:2.4/50 lens, which I used to capture the Featured Image. Vitals: f/2.4 or f/4, ISO 640, 1/250 sec, 50mm; 7 p.m. PDT. I have seen the Bengal once since, seeking shade beneath a tree at the other end of the street, closer to Meade.