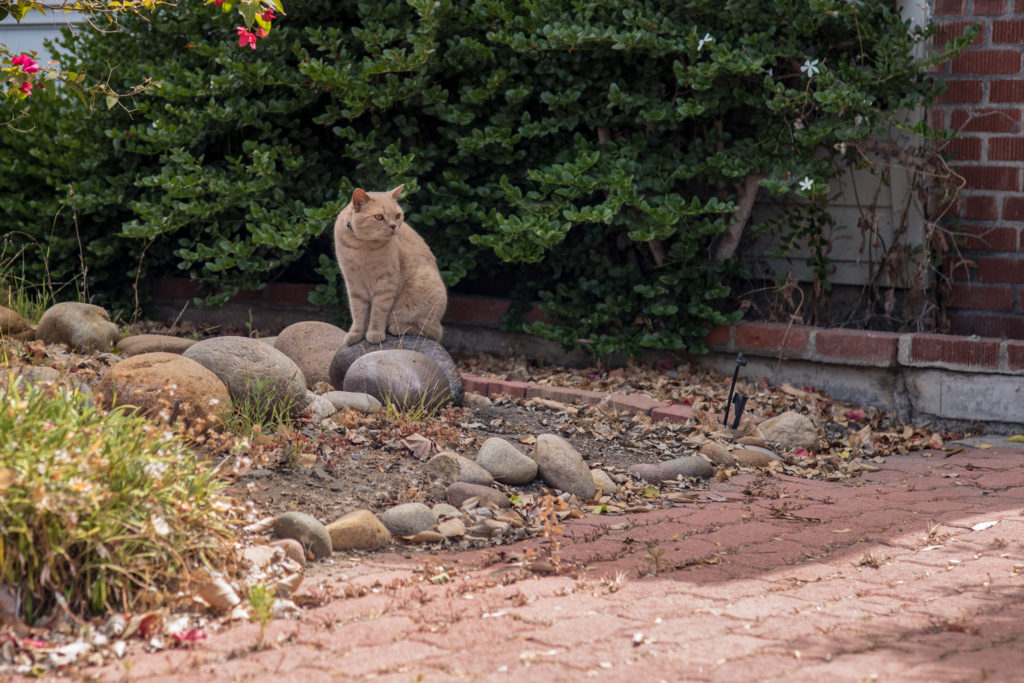 We close out the month and first half of the year—on a Caturday! In celebration, please meet the husky shorthair nicknamed Dutch. I couldn’t approach close enough to read the tag attached to his collar. Thus, he earns the moniker for distinctive sighting: First feline on New York Street, which dead-ends into a canyon on one side and Madison on the other. In the 1620s, Dutch settlers claimed the area around and on Manhattan Island that the English would later rename New York. Does that make any sense of my choice?

Series trivia: Dutch may be the first cat observed along the short street, but he isn’t the first animal sighted there. I shot a bunny portrait there in August 2017.