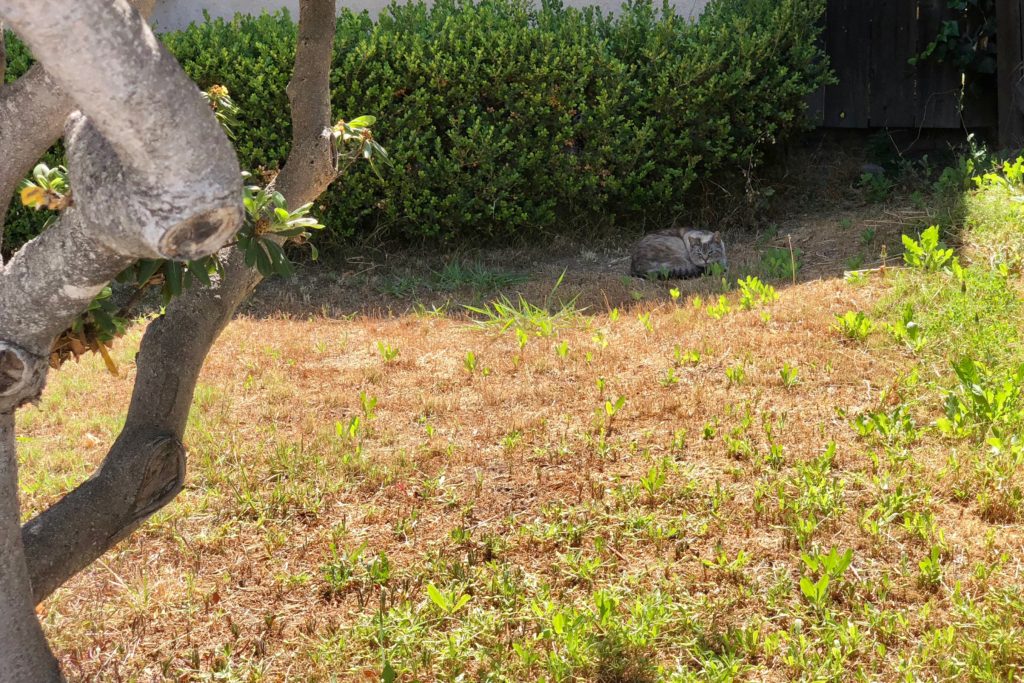 Cleveland cat sightings are surprisingly few, despite the expansive street’s neighborhood prominence. Among them: Bell, Black, Black and White, Fess (who disappeared), Fresh, Hunter, Levi, Lilo, Mellow, Mika (who moved away), Mini, Pepe (who was rehomed), Roly Poly, and Tortie. That’s fourteen out of the 195 profiles posted since the series started in October 2016 (hopefully I missed none in the counting).