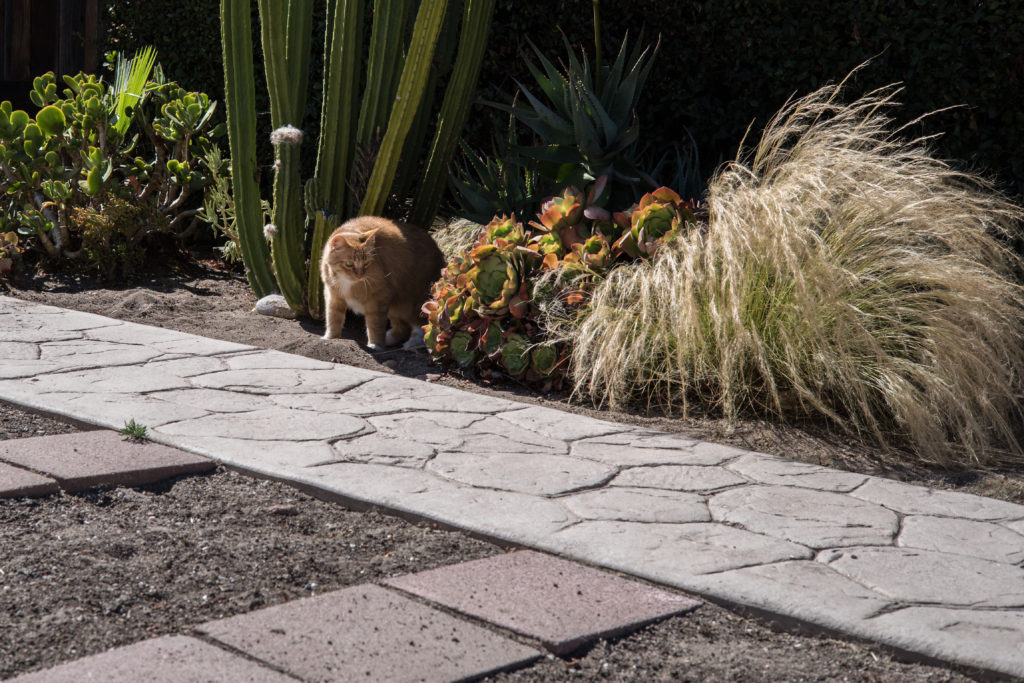 Yesterday, my wife and I walked along Alabama between Mission and Madison, beyond which we could make out silhouetted Itchy Valentino shading on the next block. I stopped, seeing orange fur against foliage along a driveway. A cat! She spotted his prey—an overly large lizard—that (sorry) was no longer visible when I shot the Featured Image using Leica M10 and Summarit-M 1:2.4/50 lens. By posture, you can see stalking still.

I am at loss to explain the twenty-second Alabama street sighting. So unexpected, my suspicion: He comes from elsewhere—not that I have seen the ginger anywhere nearby. This is the 198th profile posted since the series started in October 2016. Fully 11 percent come from one street. Now why is that?

Our newcomer is nicknamed Striker, which fits his posture—and the choice is timely because of World Cup footfall (e.g. soccer) underway in Russia. Besides, obvious other options are already used, such as Hunter, Stalker, and Watcher.

Because of similar resemblance, I wondered if perhaps Daniel Tiger had wandered a few blocks out of his normal territory. But his tail fur is short and Striker’s is fluffy. Caveat: I see so many furballs, my memory may be confused (but I doubt it). 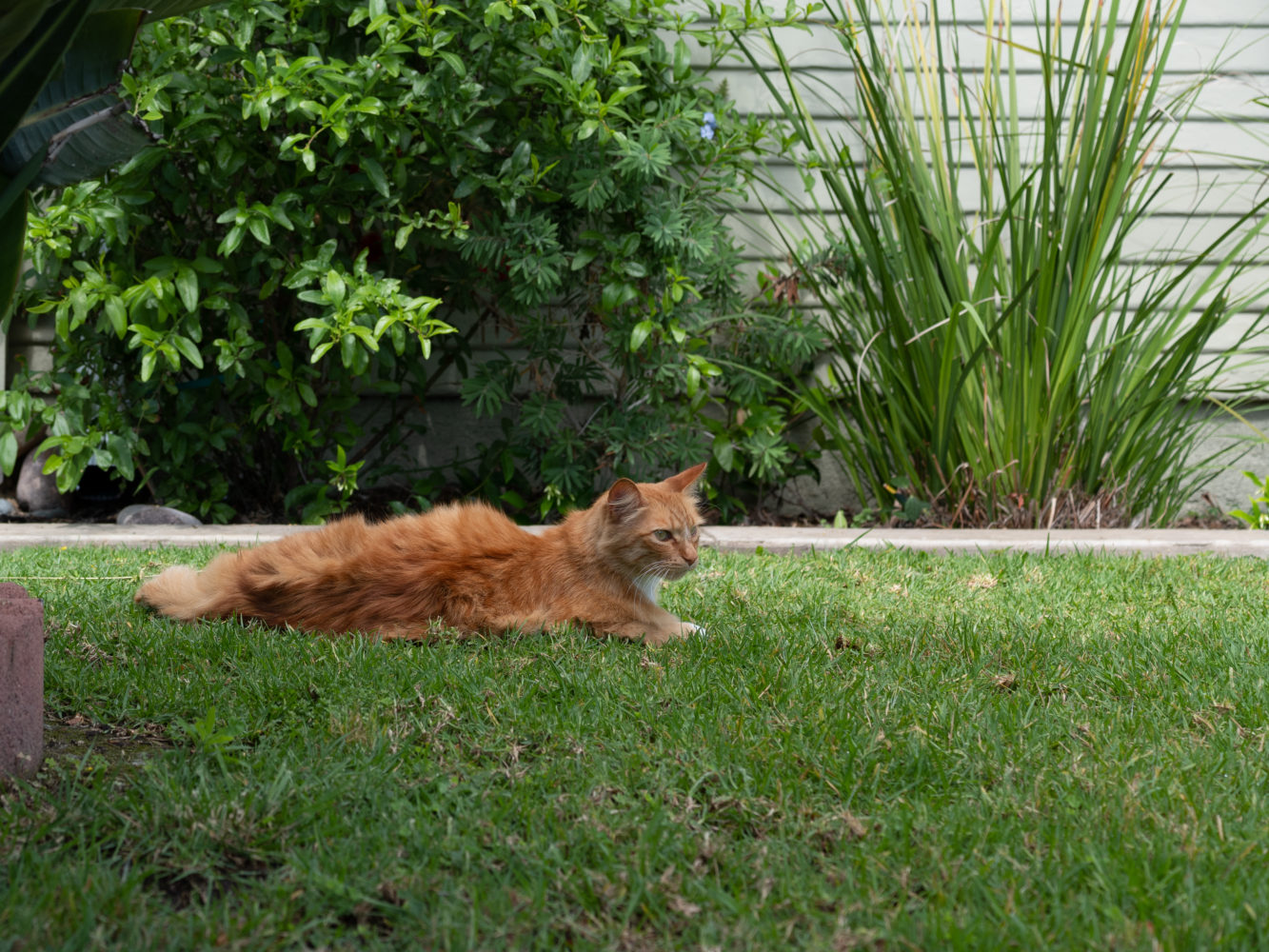 Update, Aug. 30, 2019: Striker, whose real name might be Stanley, has moved to the East Coast. On May 12, when I shot the above additional portrait using the 50R, the owner of Maxie shared his angst and frustration about the cat he nicknamed Orange. Turns out that Striker wasn’t a true Alabama cat, at all. He belonged to a family living around the corner on Madison. But they had essentially abandoned the kitty, who came to Maxie’s place and was fed. Call him adopted Alabama then.

Worse, the family prepared to go East, and by all indications would leave behind the friendly, frisky ginger. But perhaps pleading was effective enough; Maxie’s owner told me this evening that the family drove across country, taking along a sedated—at least for awhile—Striker.