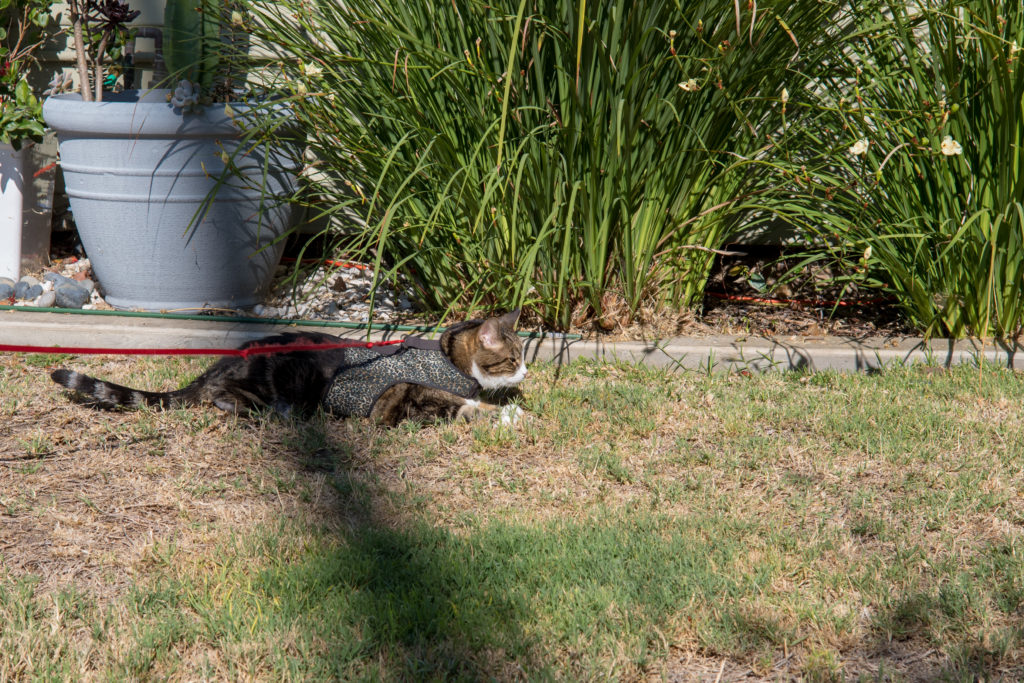 Call me flabbergasted. Four days after seeing Striker, along Alabama between Mission and Madison, my wife and I encountered Maxie and his owner on the same block. The tabby is the twenty-third profiled from the street, and—gasp—another, spotted earlier today, will be next up.

Maxie came to his 71-ish caretaker about 24 months ago. The feline started hanging around, even though he technically belong to neighbors. They left about a year later, and the kitty stayed behind. Maxie rooms with another cat, whose story we may share sometime soon. 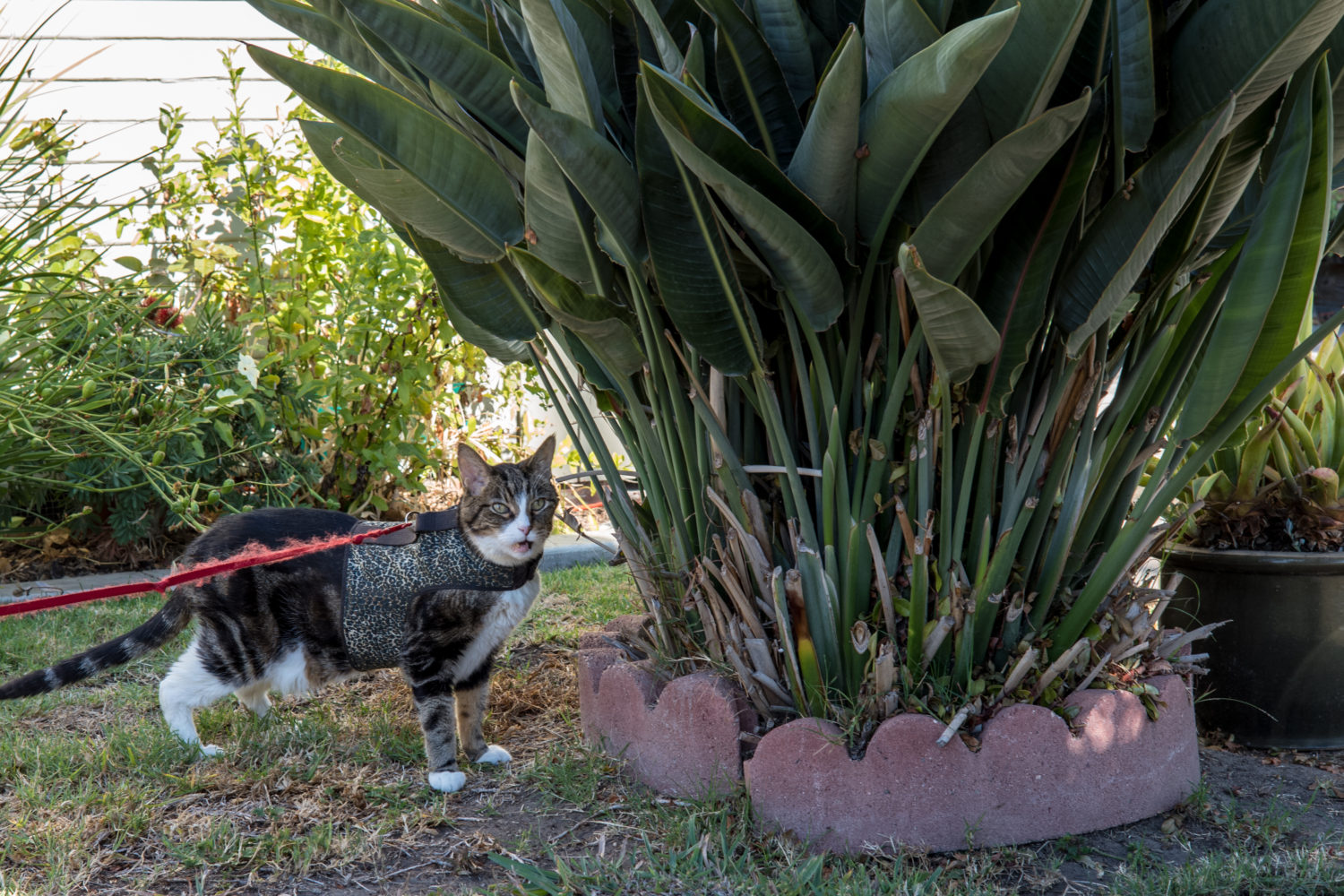