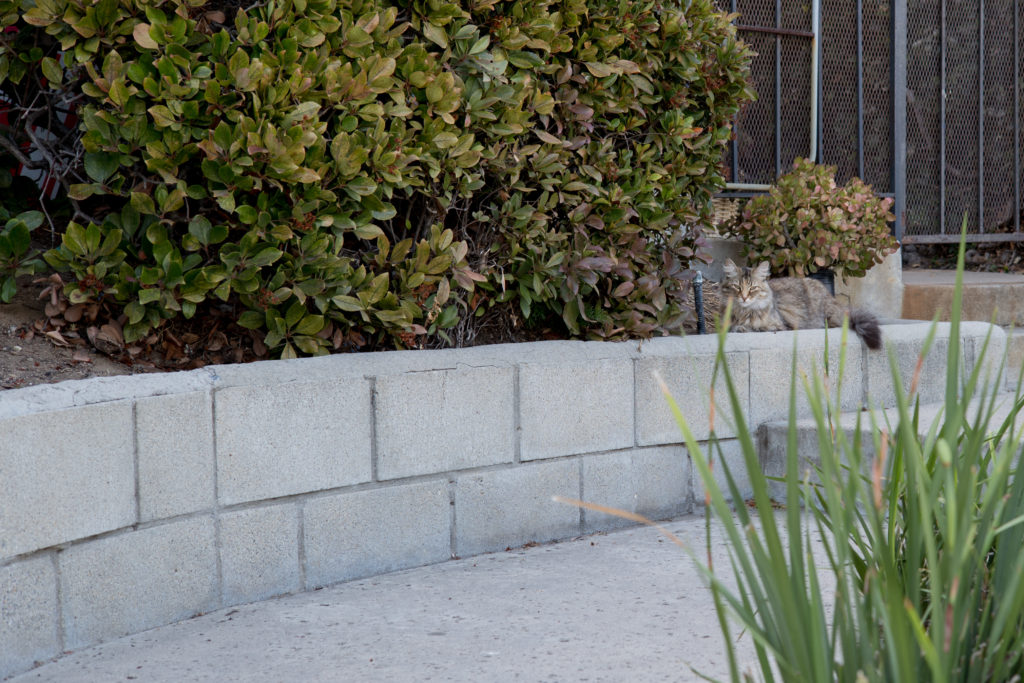 Oh my, this is the 200th profile since the series started in October 2016. I expected a month time-frame, never imagining that in a dog neighborhood there would be so many cats. Our friendly feline also is third in a row from Alabama and twenty-fourth featured from that street. The two recent others: Maxie and Striker.

Yesterday, while walking with my wife, I spotted the presumed Maine Coon between Howard and Polk. Fluff is appropriate nickname, don’t you think? The kitty stayed put long enough for me to get the farther Featured Image and to move in closer for the companion. 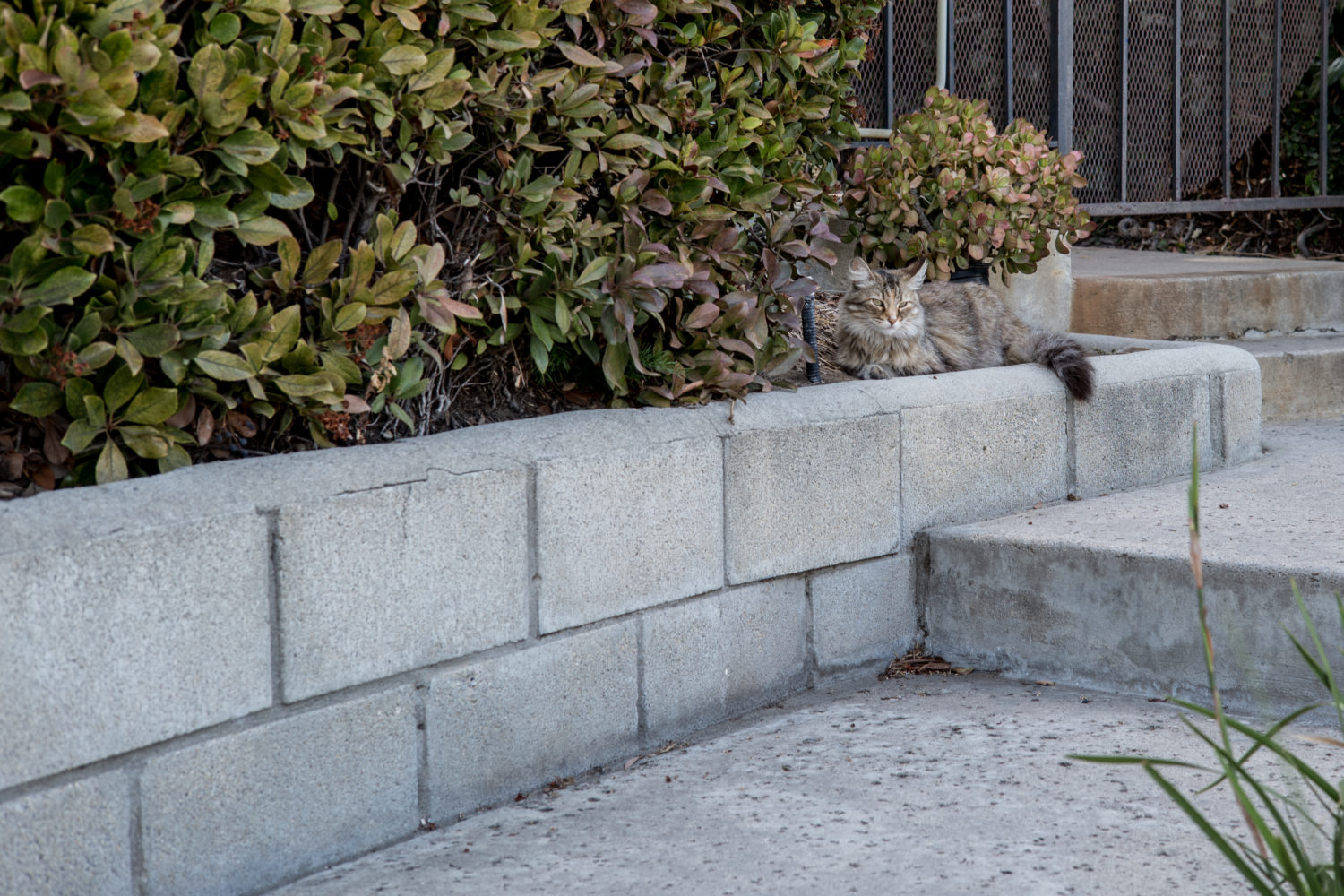