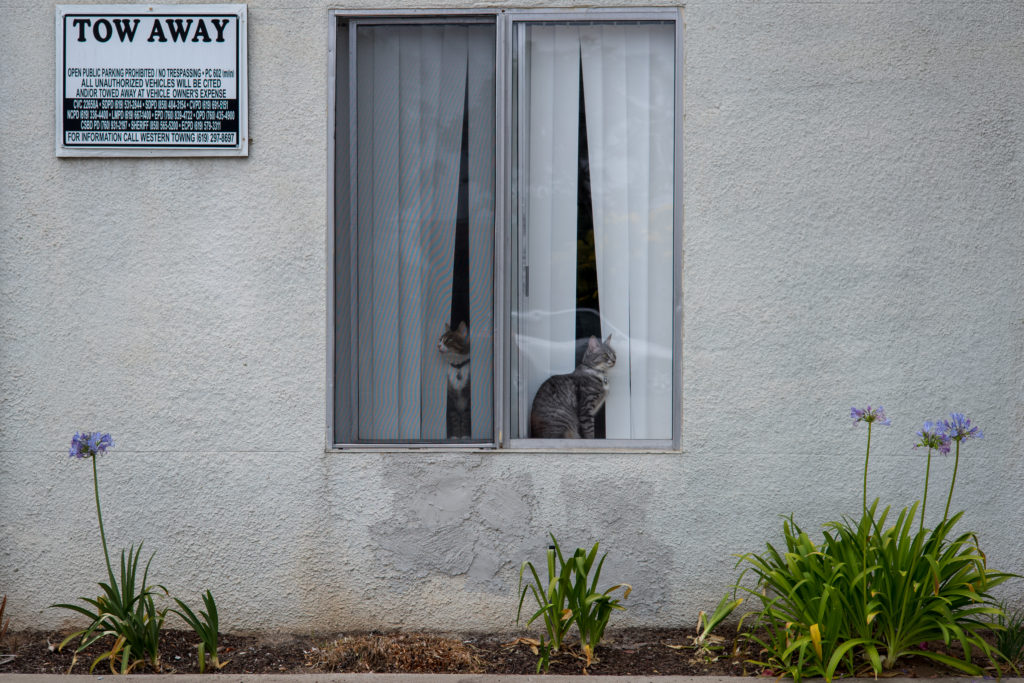 Yesterday, while walking along Mississippi Street between Meade and Monroe, I spotted a pair of kitties looking at birds. They are the twenty-seventh and twenty-eighth window watchers featured in the series so far. They presented poses that were irresistibly poignant.

I assume these are indoor beasties, but they do wear collars with tags, indicating perhaps some outdoor excursions. The Featured Image, which is modestly cropped, sets the scene. The two companions close in on the putty-tats. 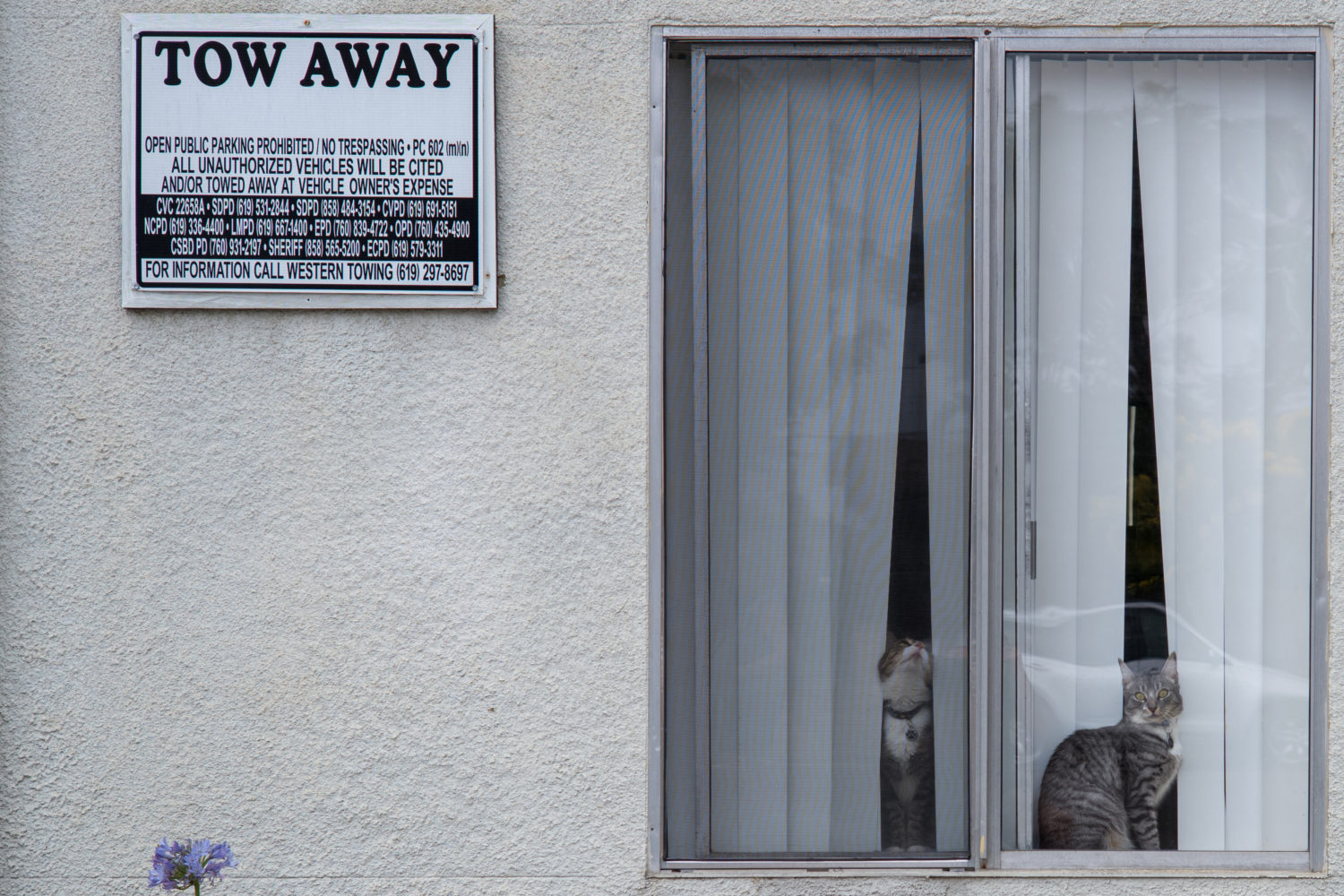 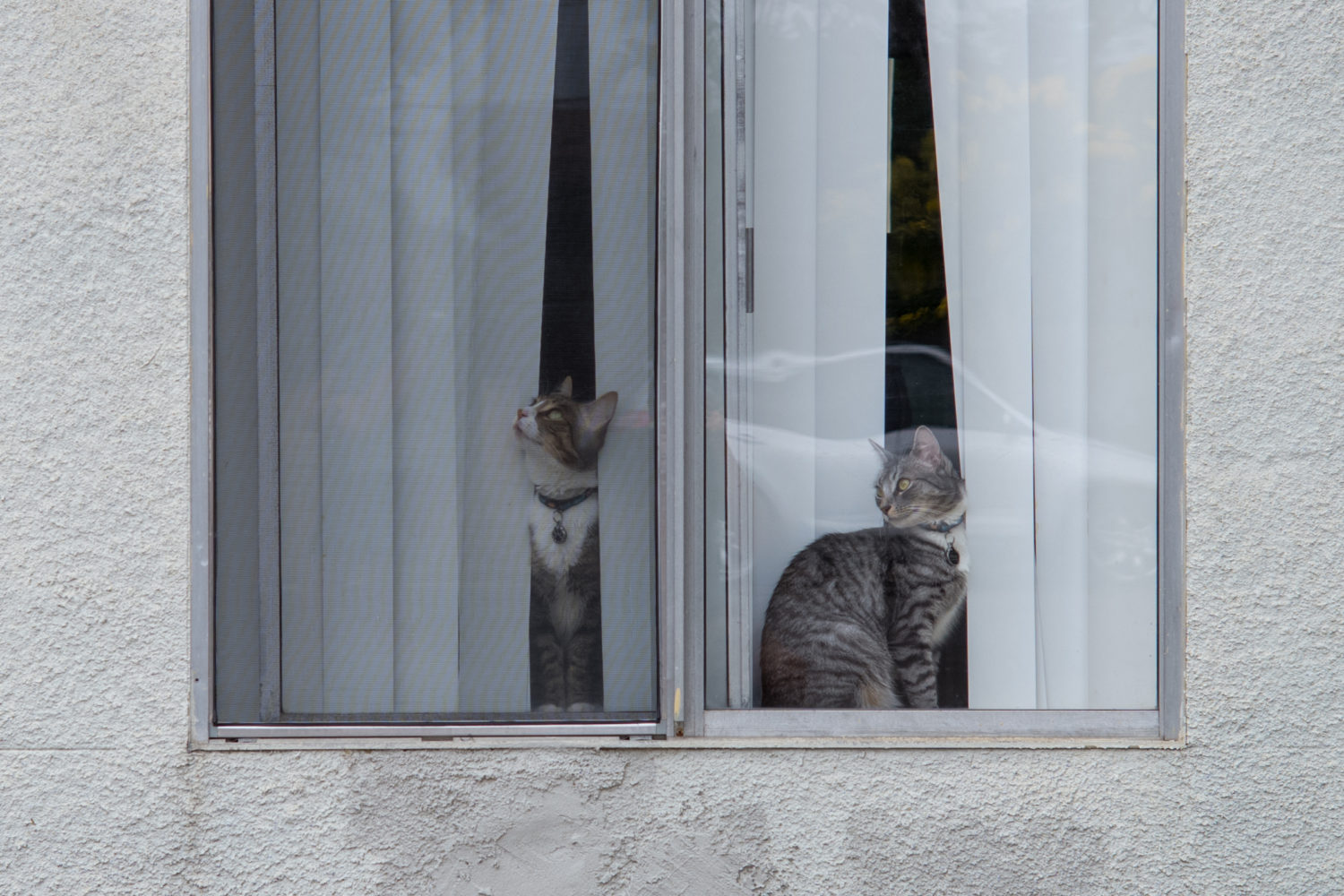 As always, do click through to see the portraits larger-size.