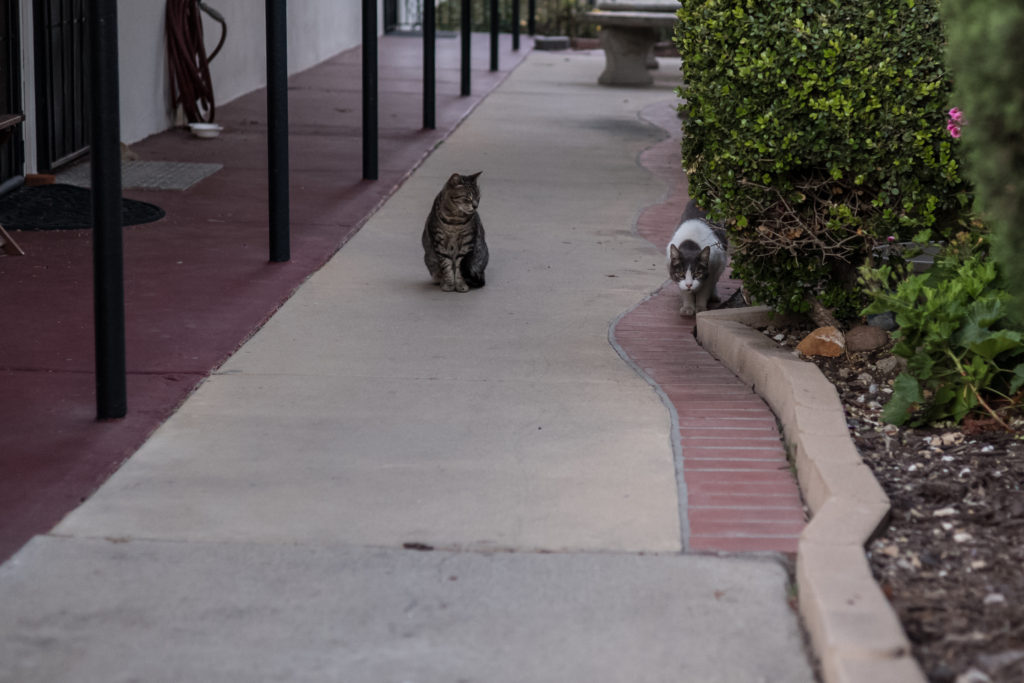 While looking for Luci, who was lost but later found, I spotted an orange kitty cross the street and go into a yard at Monroe and Georgia. The shorthair later emerged, moseying into an apartment complex. There a pair of cats lounged far down the walkway. The newcomer’s invasion drew them close to the front, making a moment possible. 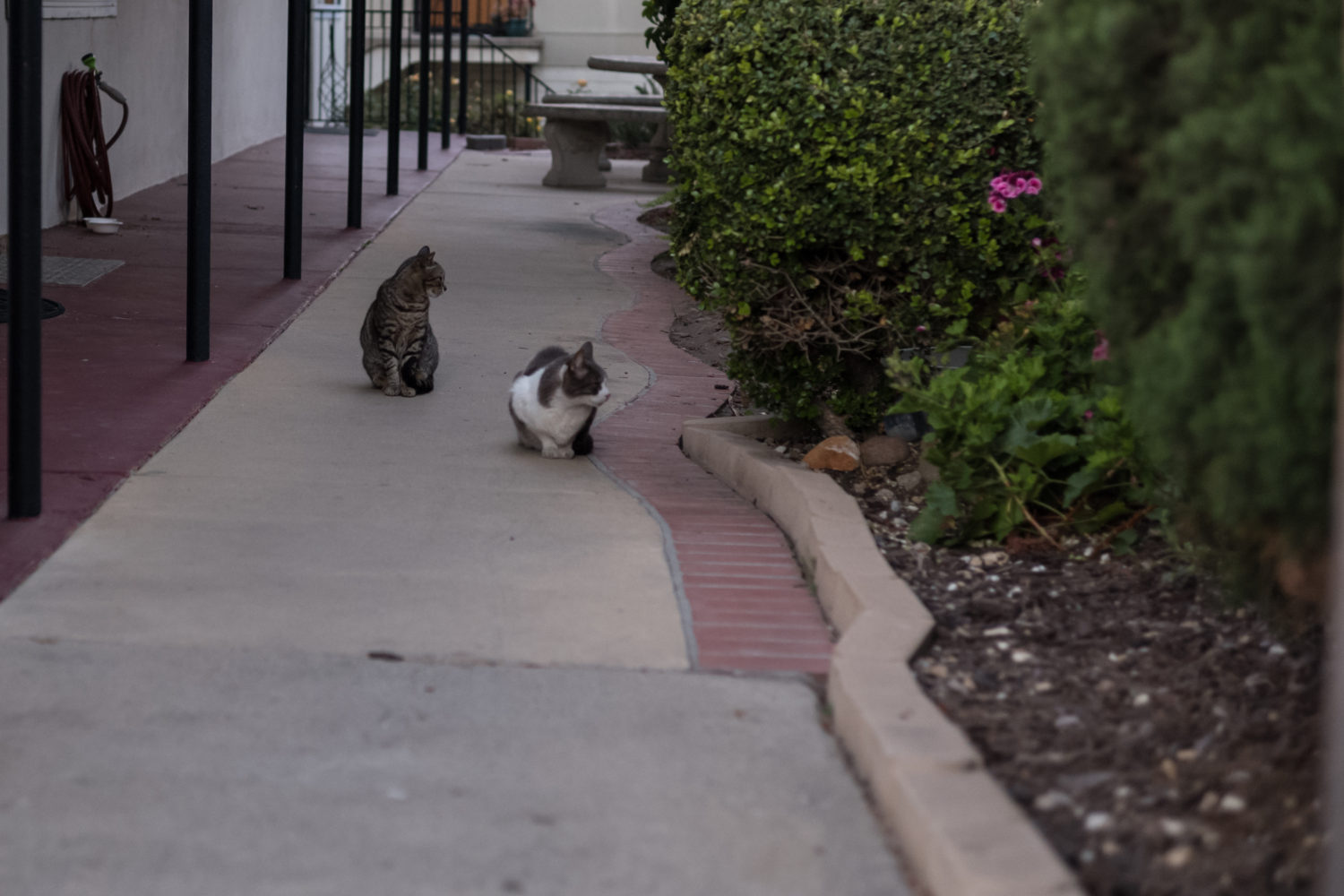 I nickname the cats for the street where they live and for their number. In the second photo, the Twain see what you can’t: The orange cat, which is quarry for a future profile.