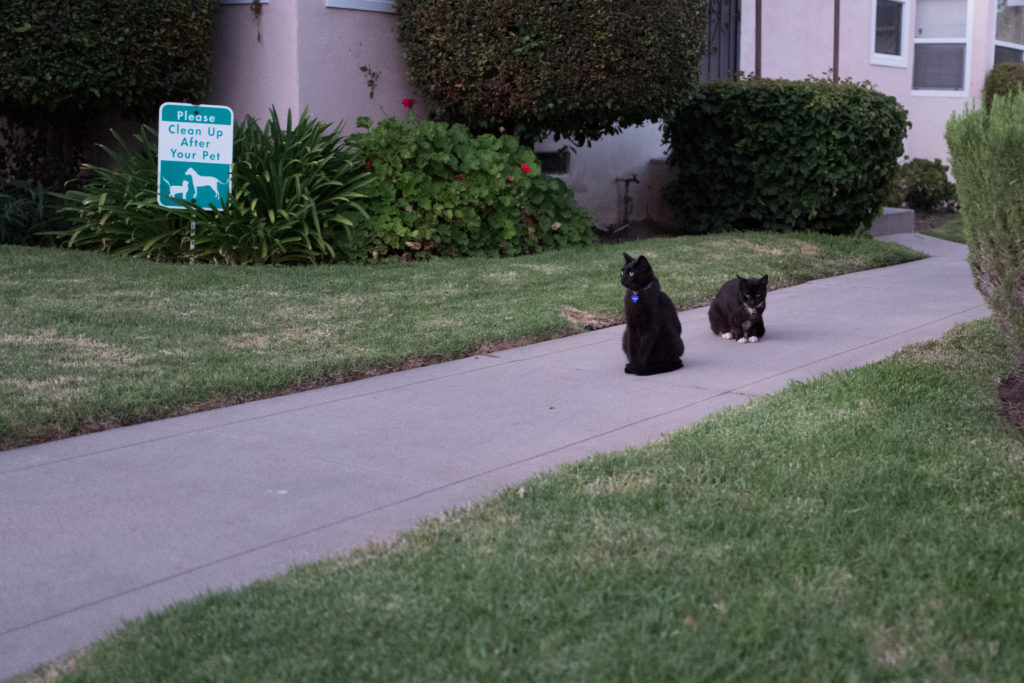 We follow up Georgia Twain with another pair. But the two are one less than they should be. I typically see three cats in the same apartment courtyard, on Florida between Meade and Monroe, but typically too far back for meaningful portrait. I stalked the trio for six months before capturing a shot of these, ah, Friends on July 14, 2018. They sat relatively close to the sidewalk.

The three live a few houses down from Lucy and diagonally across the way from Mew and Wonder. I will be lucky to ever get a usable portrait of the third or distinguish it from the other black. But I will try and update appropriately. 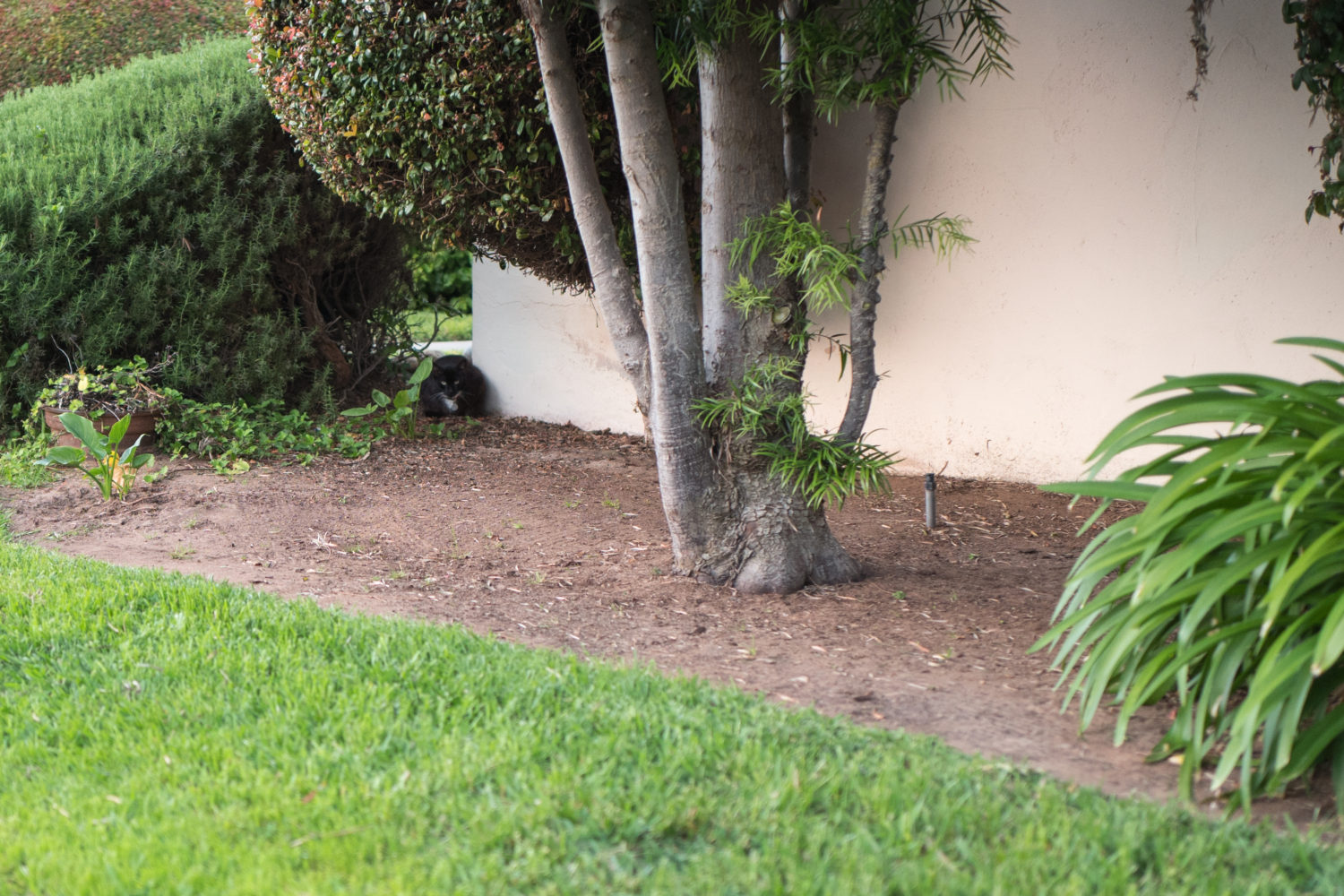