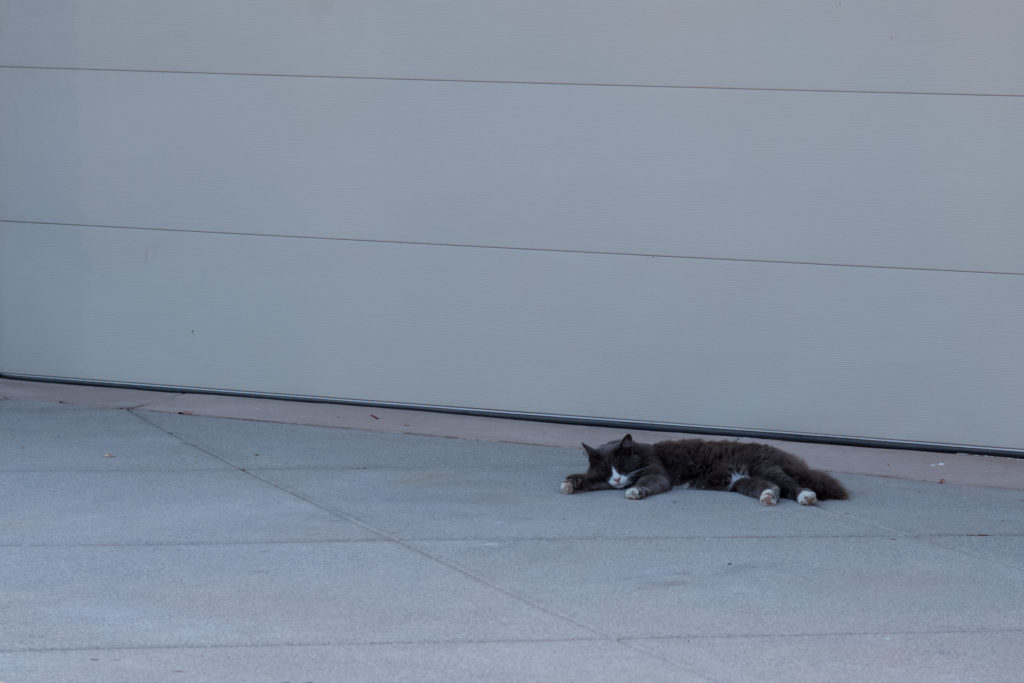 Feline sightings along Mission Cliff Drive are fairly rare. Since the series started in October 2016, only three have been profiled: Aylin, Fraidy, and Tabby. Meet a fourth! So there’s no misunderstanding: This Tuxedo-like furball is grey not the traditional black—and, as you can see, quite handsome.

The putty-tat slept in the garage’s shadow. After comparing different edits, I purposely decided not to grossly change exposure or brightness in post-production. If the portraits seem dark to you, that’s deliberately done.

Update, Aug. 3, 2018: I met the owners and learned the kitty’s name: Cupcake, for when they thought he was a she. Cupcake is a 6 year-old Norwegian Forest Cat who commenced fully living outdoors about three months ago. He’s a tree and roof climber and bringer of presents: birds, mice, other rodents, and even rabbits—all left outside the front door.

Update, Nov. 11, 2022: I saw a sign posted by Cupcake’s owner. He disappeared three days ago. Coyotes are a problem, and the family lives close to a canyon. Let’s hope he is stuck in a garage somewhere and will return home soon.