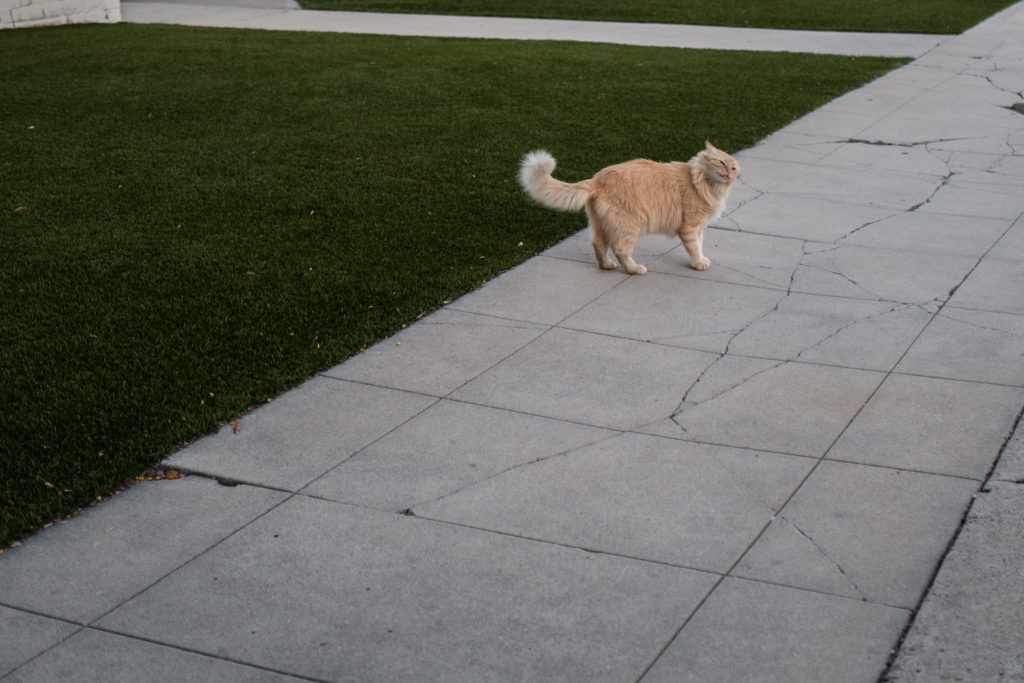 Along Louisiana Street, between Meade and Monroe, on July 1, 2018, my wife and I spotted the furball appropriately nicknamed Ginger. I am fairly confident this is the same cat we saw moseying up Monroe behind Royal nearly a month earlier. Then, Ginger turned down the alley behind, which is where he, or she, went through a yard not long after I snapped the Featured Image.

I am rather dissatisfied with the portrait and its companion; for now they must do until another opportunity presents—and that time could be long coming, if ever. I captured both photos using Leica Q, three minutes to sunset (7:58 p.m. PDT). Vitals for the first, aperture and shutter speed preset for dusk street shooting: f/1.7, ISO 250, 1/250 sec, 28mm. The other is the same, except for ISO 1000. 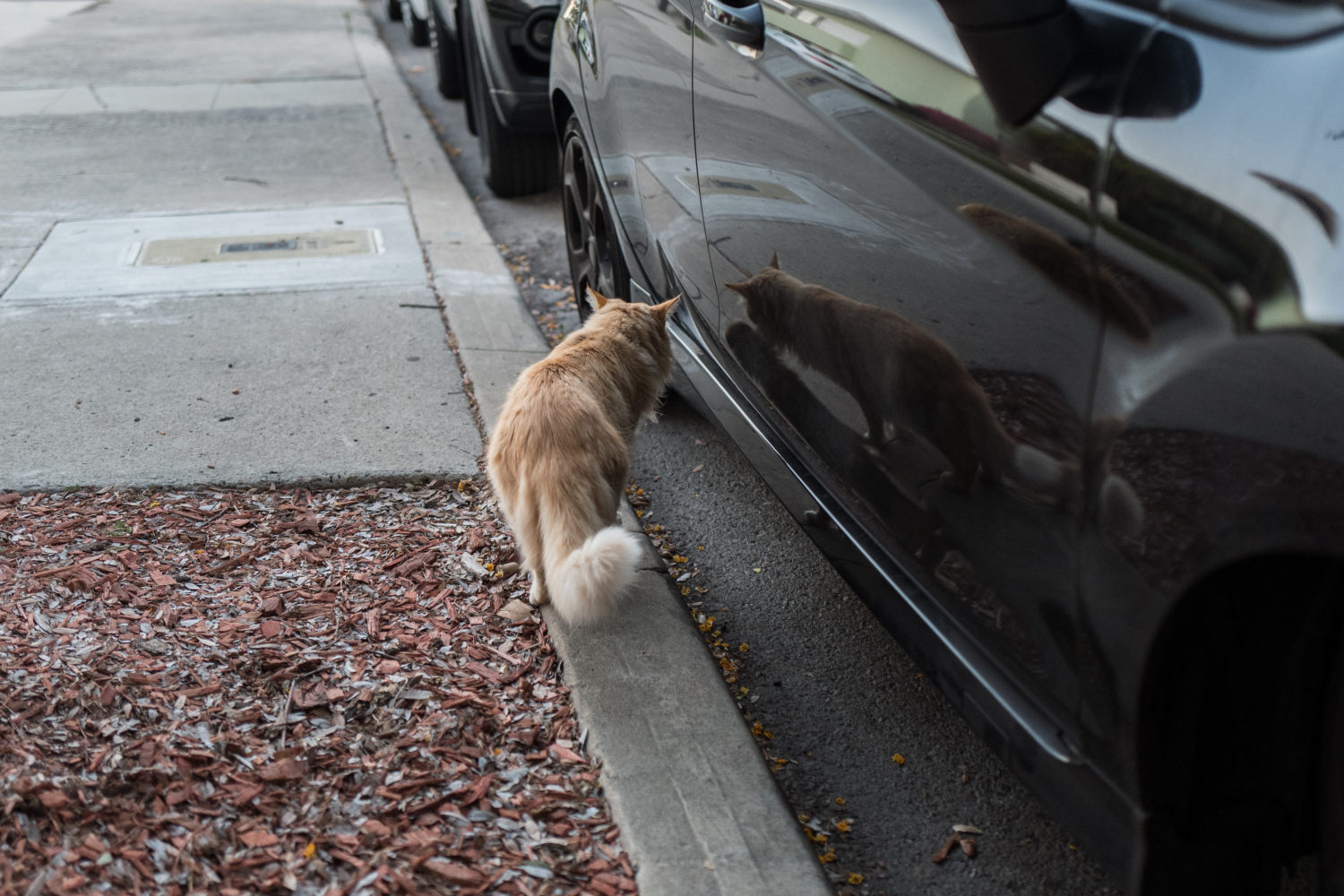