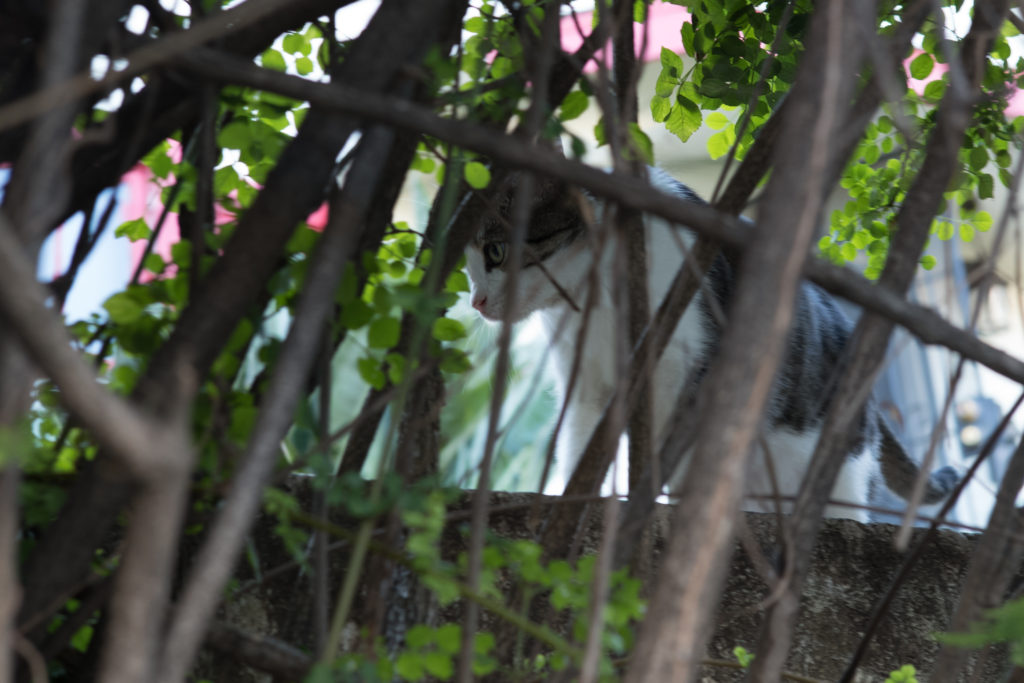 What an unexpected surprise. I hadn’t traversed Florida Street between Howard and Polk for many months—well, until July 19, 2018. Along the way, I spotted Bramble, who joined the series on Groundhog Day this year. Gasp, three other felines moved about the property, looking like the whole caboodle came from their afternoon meal.

Shooting through branches presents problems that Leica M10 and its manual focus technique somewhat overcomes. I got the better portraits of the shorthair that earns nickname Shrub. Another, whom I dub Brumble, is next up. The fourth putty-tat must wait for another day and another attempt. 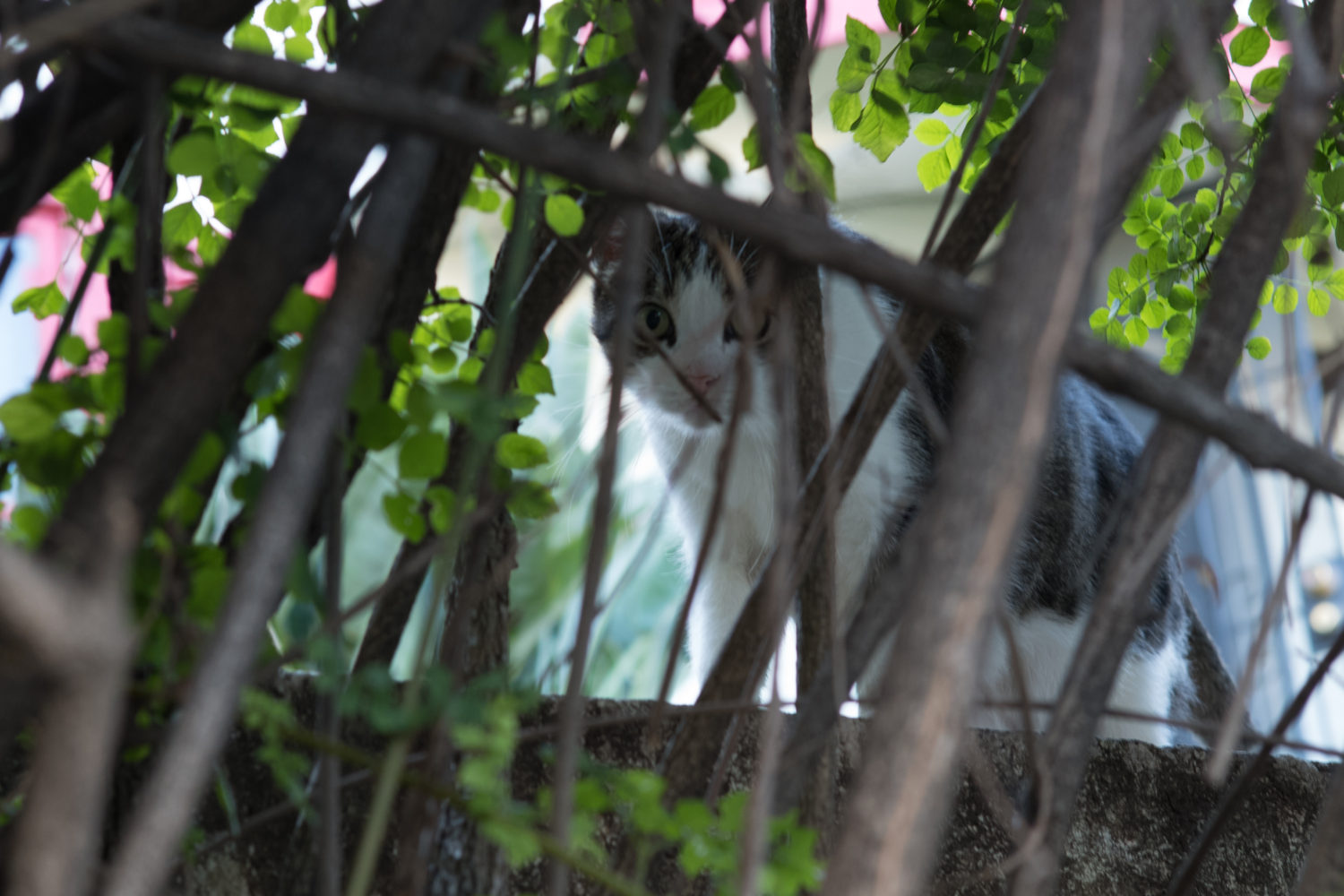 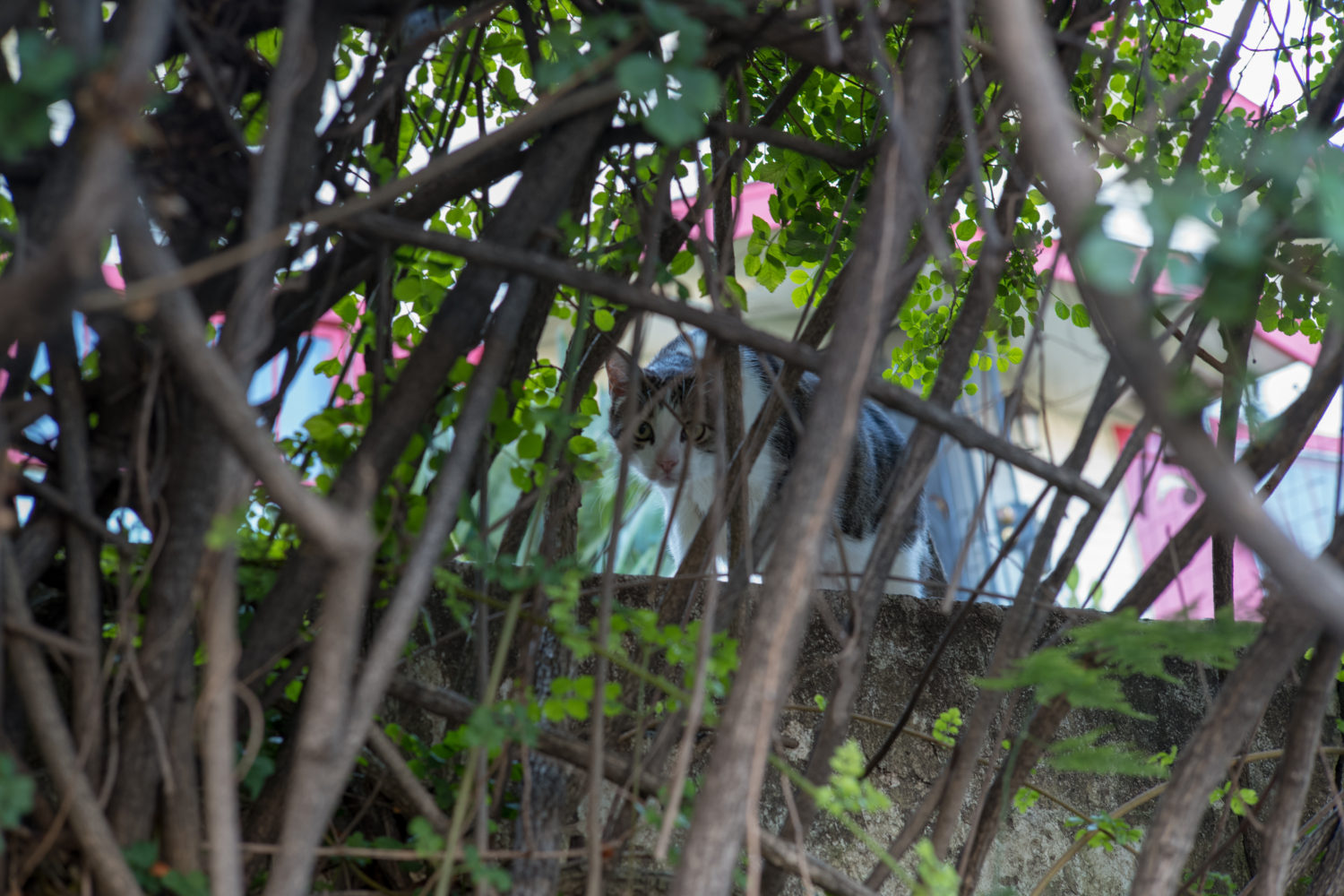 The third photo is composed as shot (the others are crops). Vitals are same, except for ISO 500. Shrub and Brumble came down along the brush line to see what (or who) skulked about. That was lucky for me and the series.