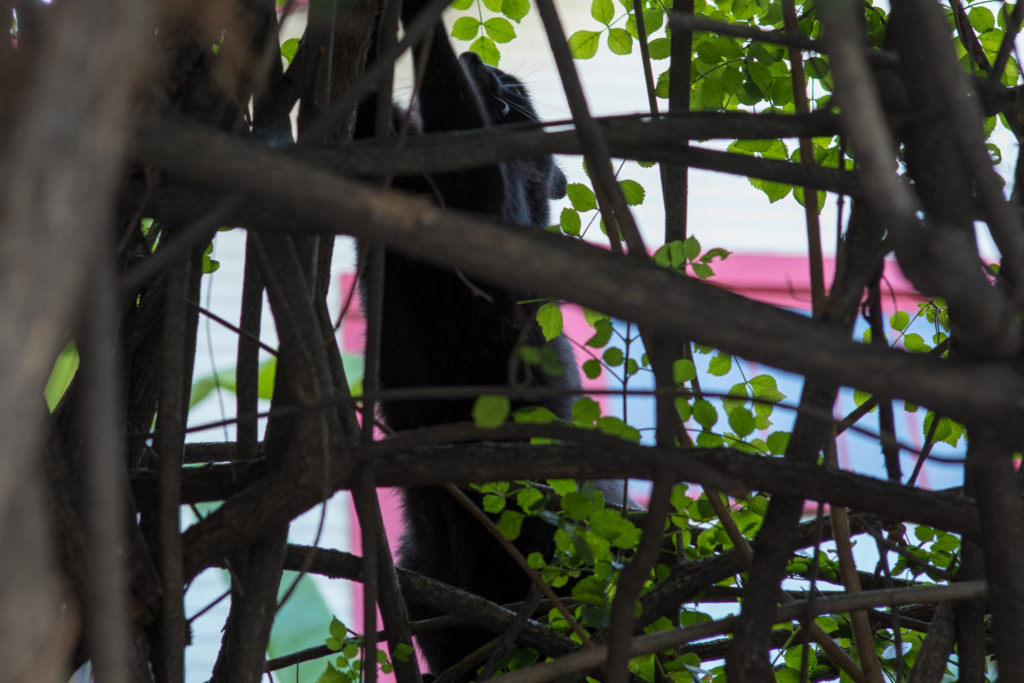 With more than 200 profiles in the series since its start in October 2016, picking nicknames for new additions grows more difficult when the real ones are unknown. I chose Brumble for this blackie, because the first kitty sighted in the yard along Florida between Howard and Polk is called Bramble—for the thick brush that I shot through.

Brumble follows Shrub, who came to the same brush line and presented better photographic opportunity—both on July 19, 2018. I considered waiting for another visit to the property but opted instead for portraits that are unlike any others so far. 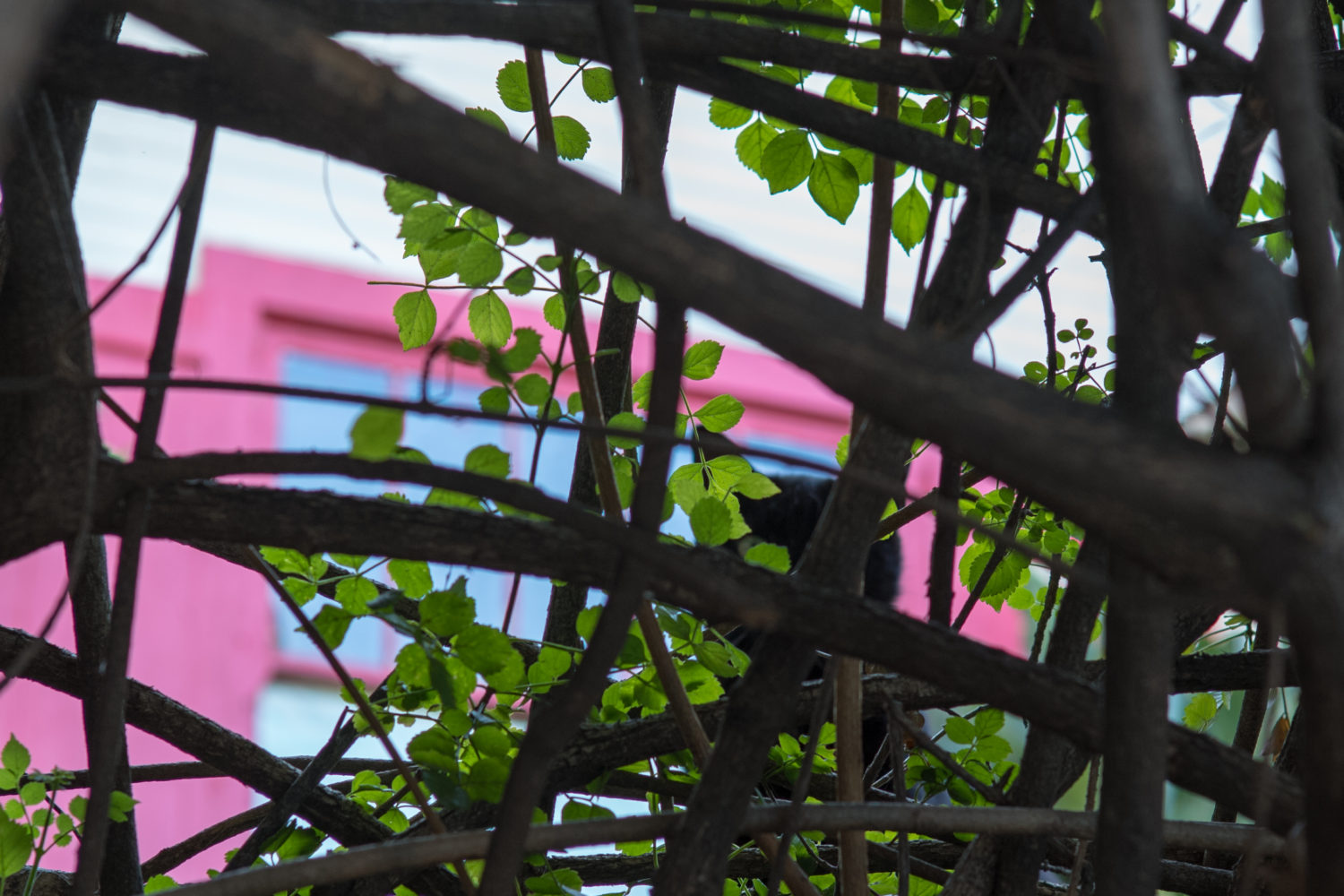 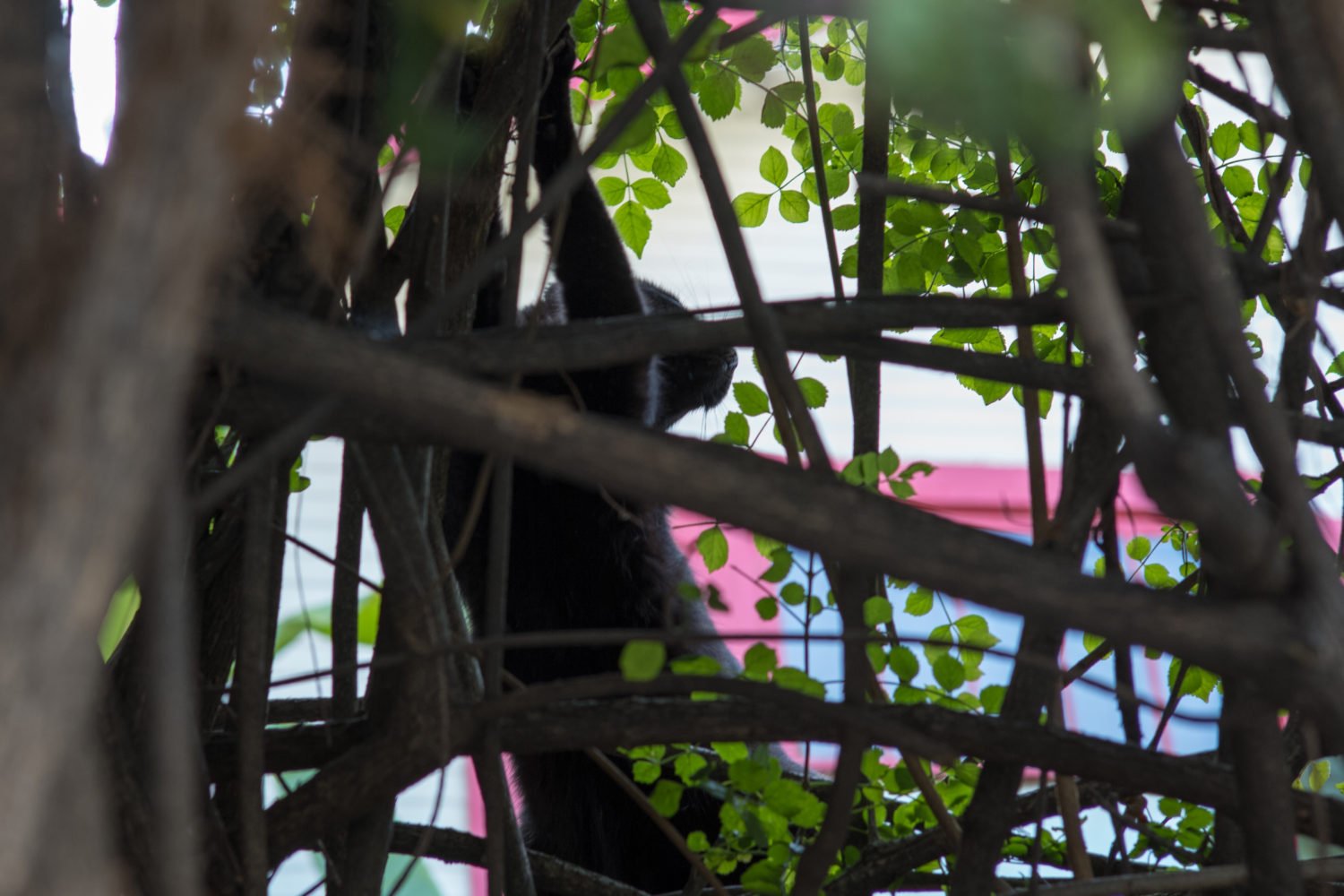 The second photo is the customary artistic shot; blurred beast like a shadow in the trees. The third is all about what the nose knows.