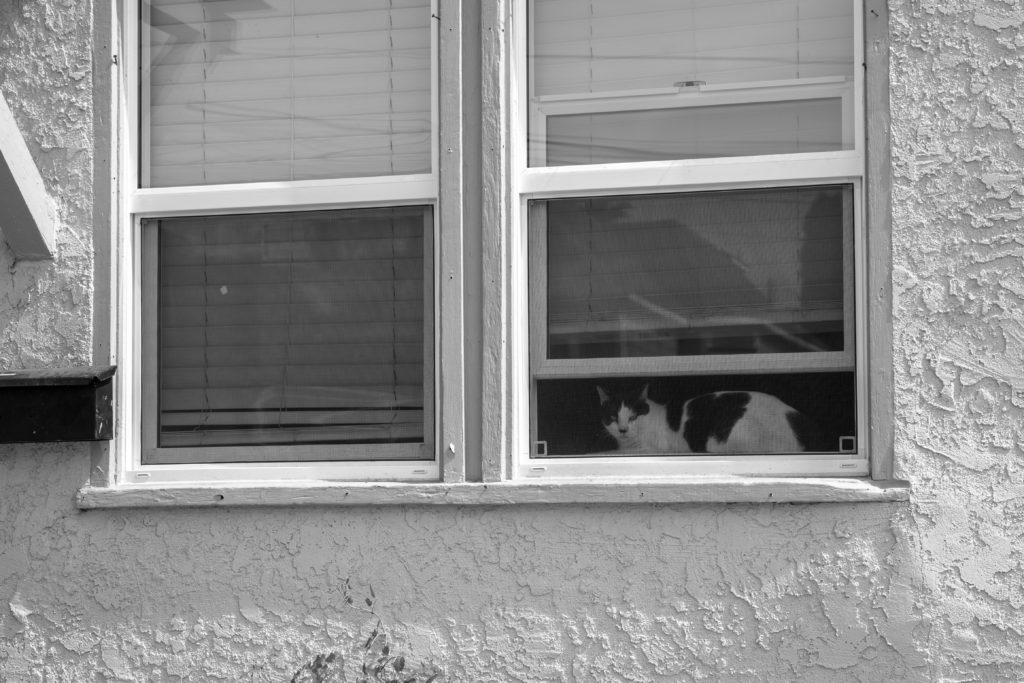 Along Howard Ave., between Florida and Georgia, I spotted the series‘ twenty-ninth window watcher on the morning of July 15, 2018. Nicknamed Stoic, for no particular reason, the kitty presented setting worthy of black-and-white conversion in post-production.

Update March 5, 2020: About three weeks ago, I discovered how appropriate the nickname. As my wife and I walked to the grocery store, we passed the kitty romping outside with his owner, while she pulled shrubs from her yard. He hates being kept inside, she said. Terribly so. She calls him Junebug. Don’t fly away, buddy!