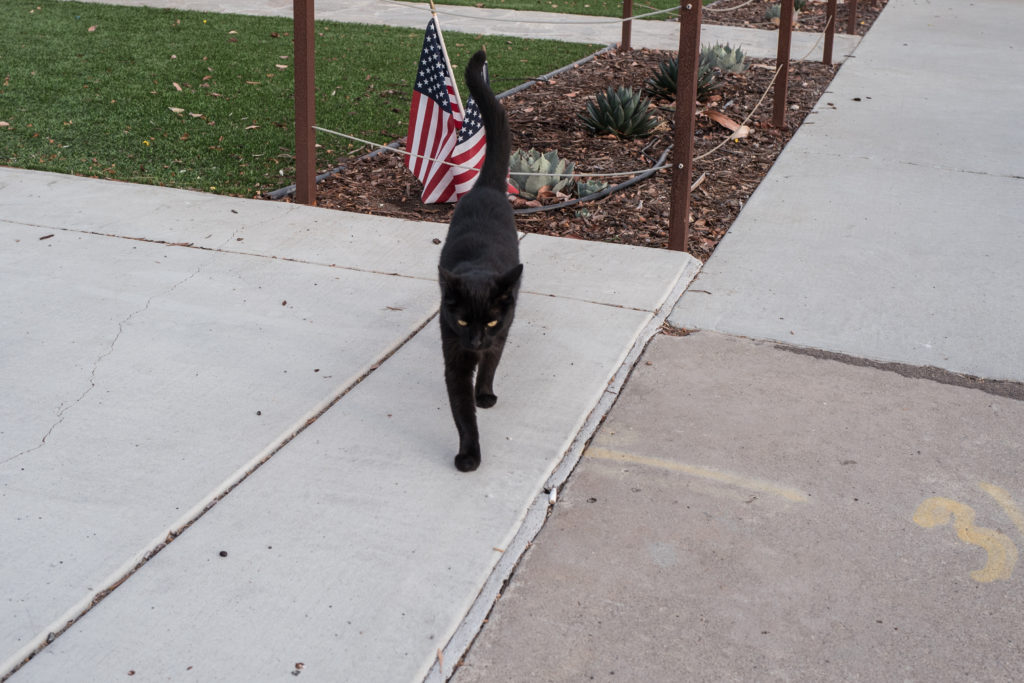 Because of goings-on best discussed some other time, my regular writing is irregular at best. But the cats! They’re piling up on the sidelines, and there comes time to free up the logjam and make this site look even more like a homage to the beasts. It’s not, and their presence wouldn’t loom so large if other content filled the spaces between their profiles.

Whiny introduction aside, we resume the series with a kitty nicknamed Patriot—I would hope for obvious reasons. I captured the Featured Image and its companion, using Leica Q on July 17, 2018, along Louisiana between Adams and Madison. Vitals: f/5.6, ISO 200, 1/250 sec, 28mm; 6:55 p.m. PDT. The other is same, shot first, except for f/4. 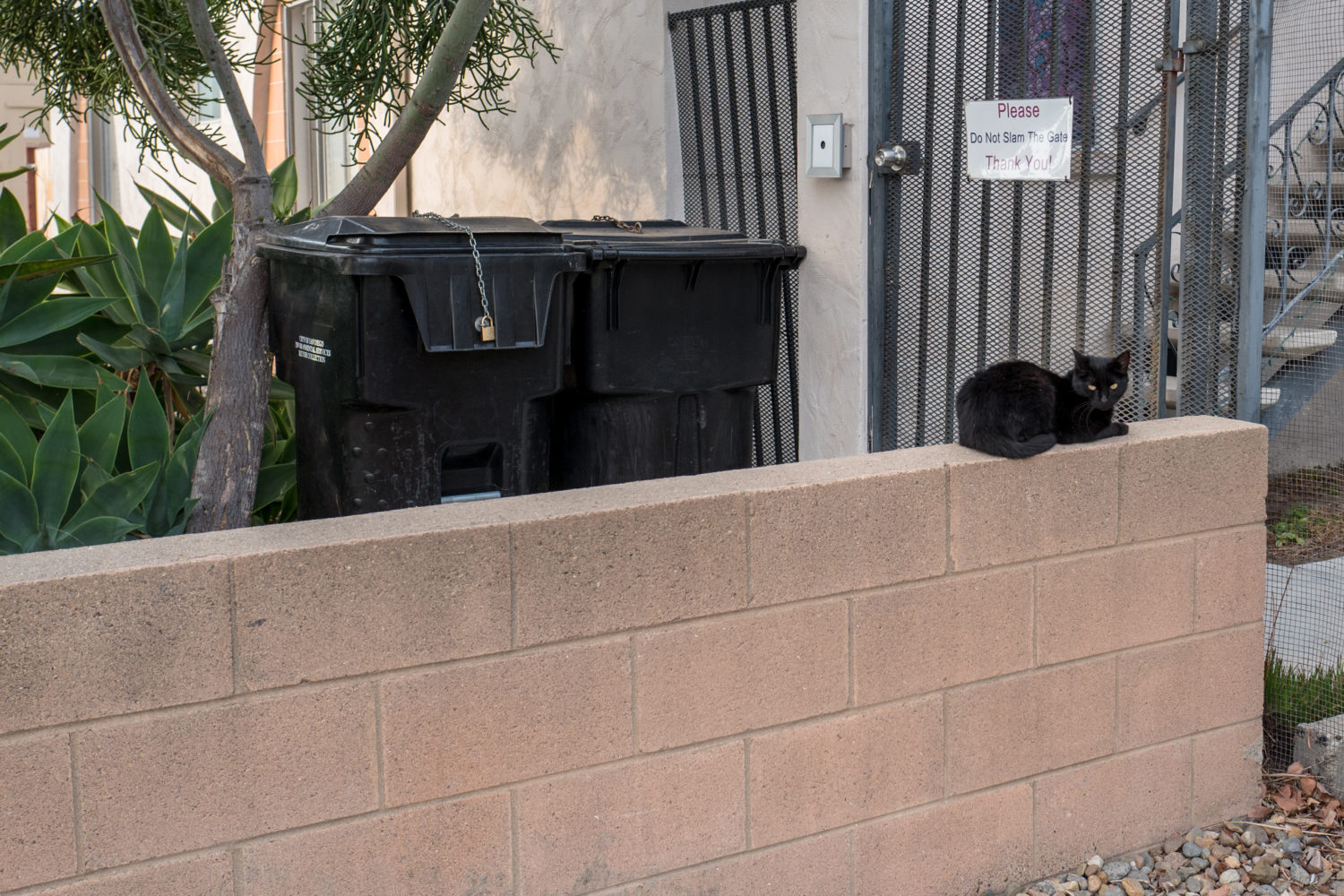