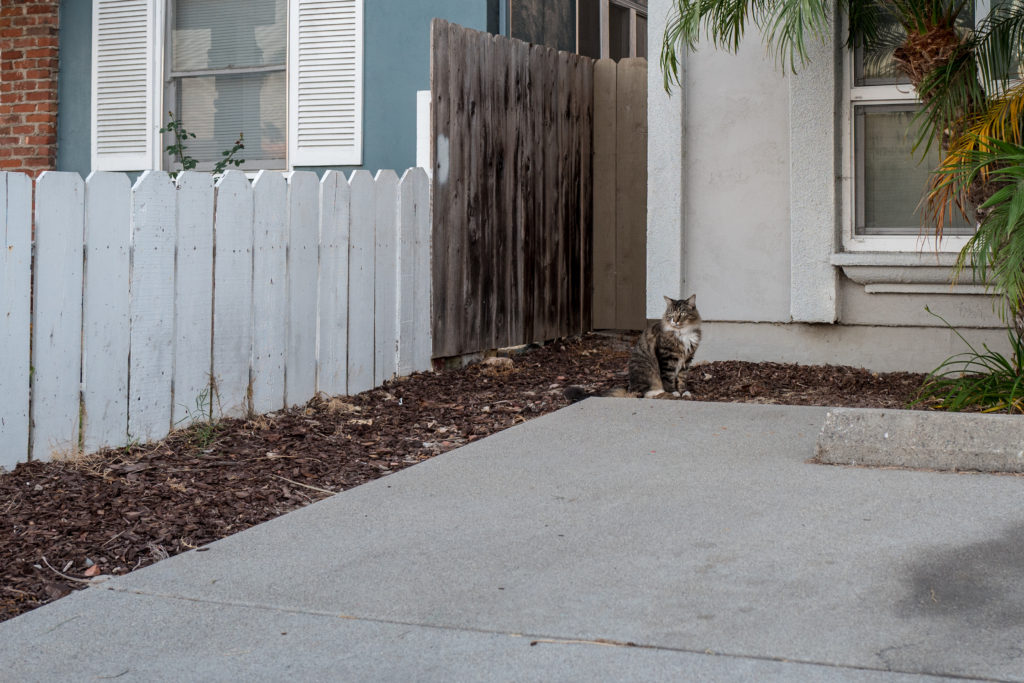 Six weeks ago, I started using Google Pixelbook as my primary PC. Transition from 15.4 MacBook Pro with Touch Bar is still incomplete and taking way longer than anticipated. I have 27 months of data committed to Apple platforms and my methodical exploration relentlessly reveals content tucked into digital nooks and crannies where they would be lost or left behind following a MBP erase-and-restore operation. Patience pays. 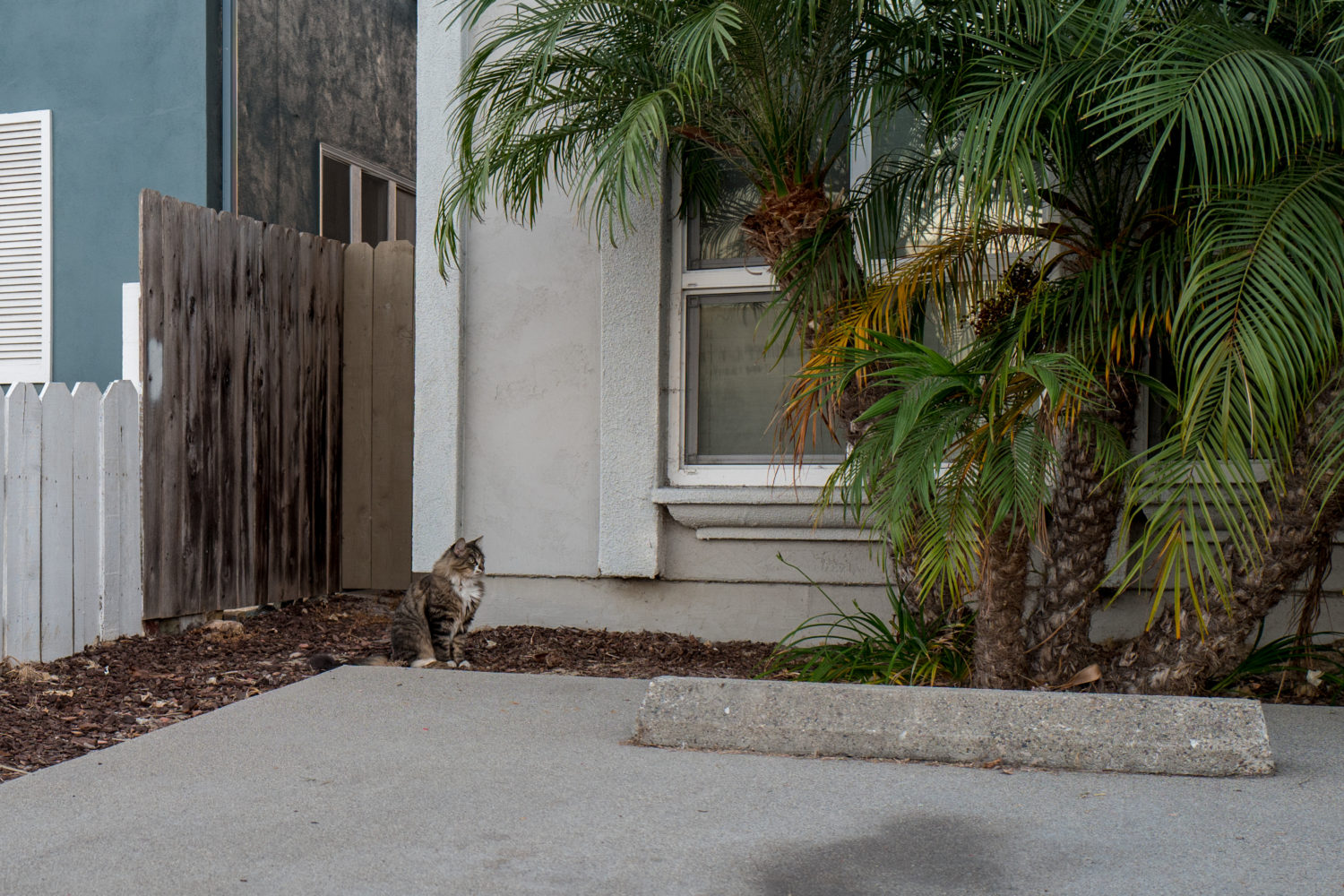 Prim posed in the yard on North Ave. next to where used to live The Colonel (he died) and Charlie (he moved); Pounce and White also were seen there.