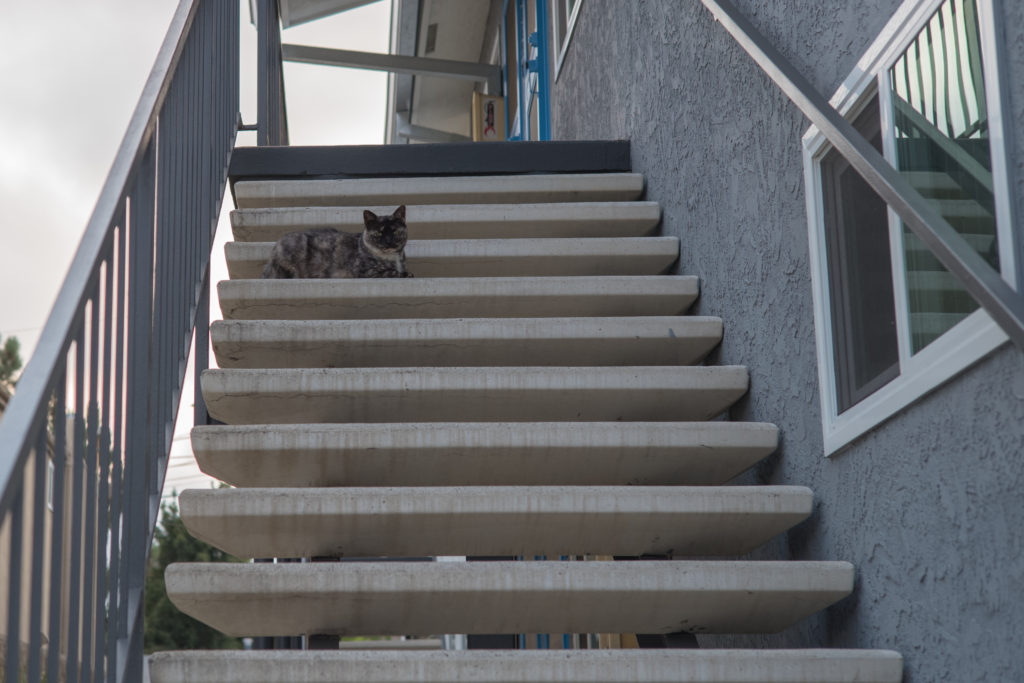 For International Cat Day, we celebrate with a shorthair named for every kitty’s favorite food. We regarded one another from a distance, on July 27, 2018. Just as I crouched down with Leica M10 and Summarit-M 1:2.4/50 lens, a gentleman came out a door above the animal. I asked for a name. He hesitated, then answered: “I call her Tuna”. There you go. Yum. Yum.

I captured the Featured Image at 6:54 p.m. PDT, just after the gent walked by. Vitals: f/4, ISO 200, 1/250 sec, 50mm (EXIF mistakenly reports f/2.5). On two other separate occasions, I saw Tuna on the steps when passing the property, on Georgia between Mission and Monroe. Last night, my wife and I stopped to look, and Tuna surprised by strutting down the steps to great us. 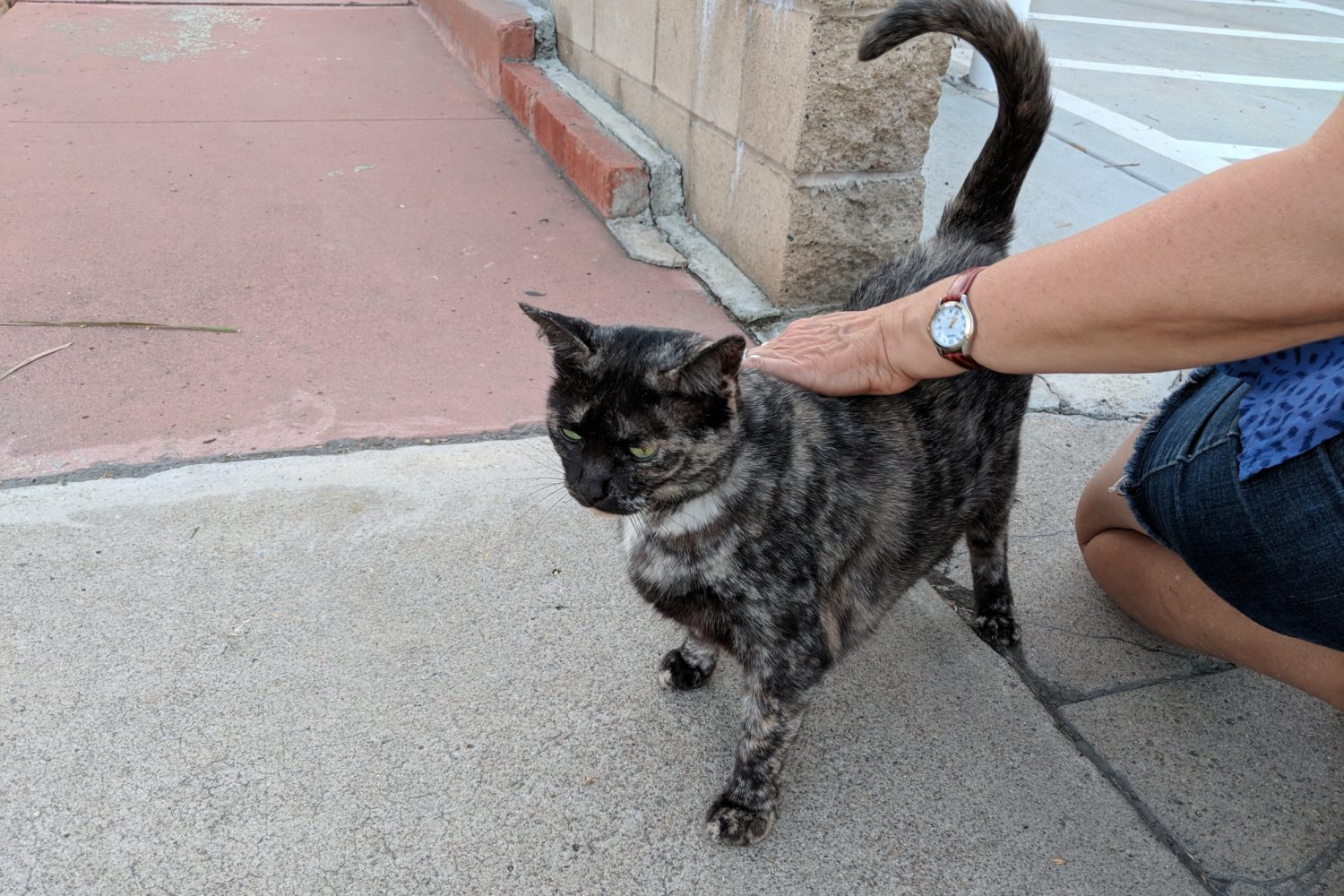 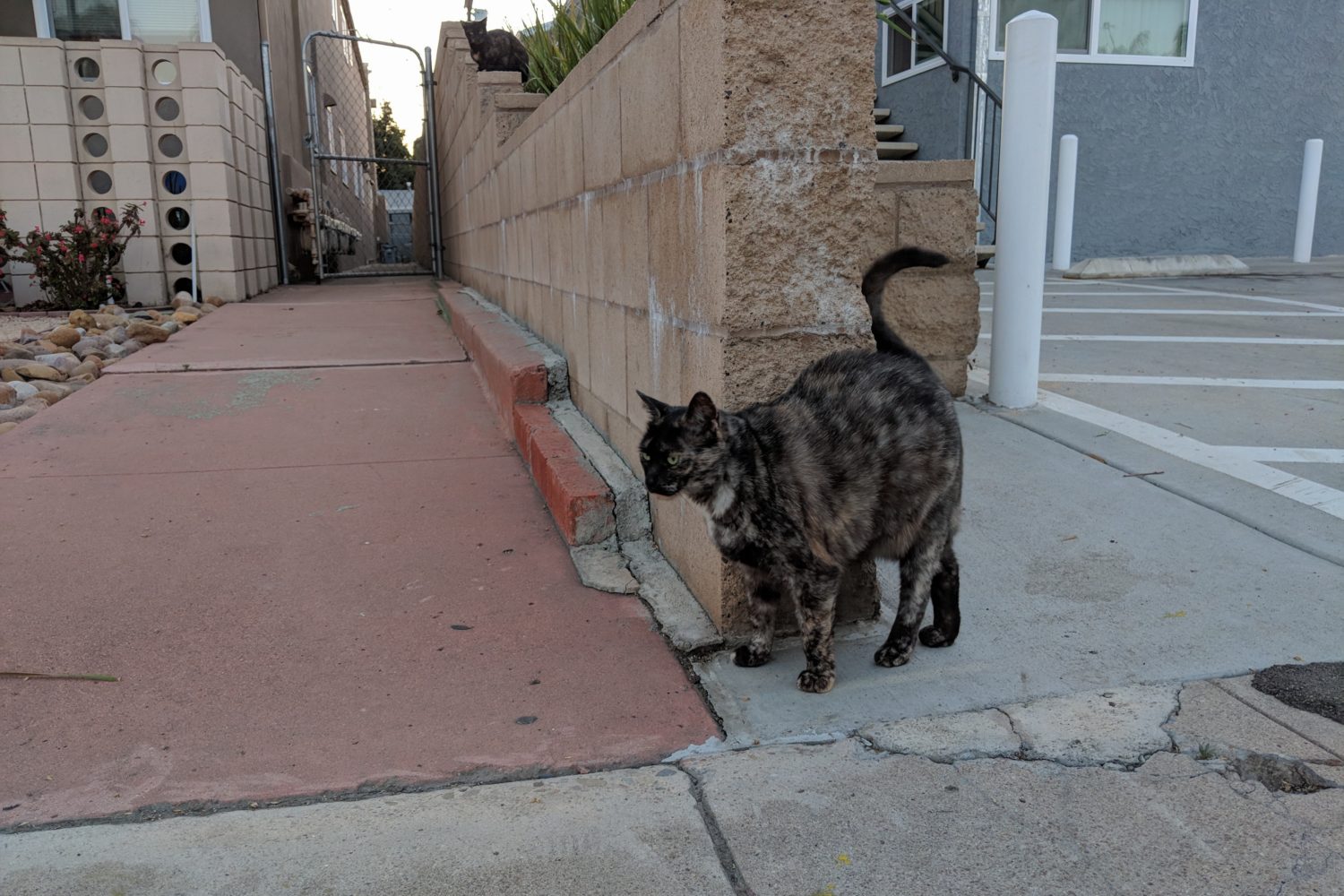 Some context for the third photo: In the background, on a ledge, is the tortoiseshell that I nickname Dancer. She was profiled in October 2017.