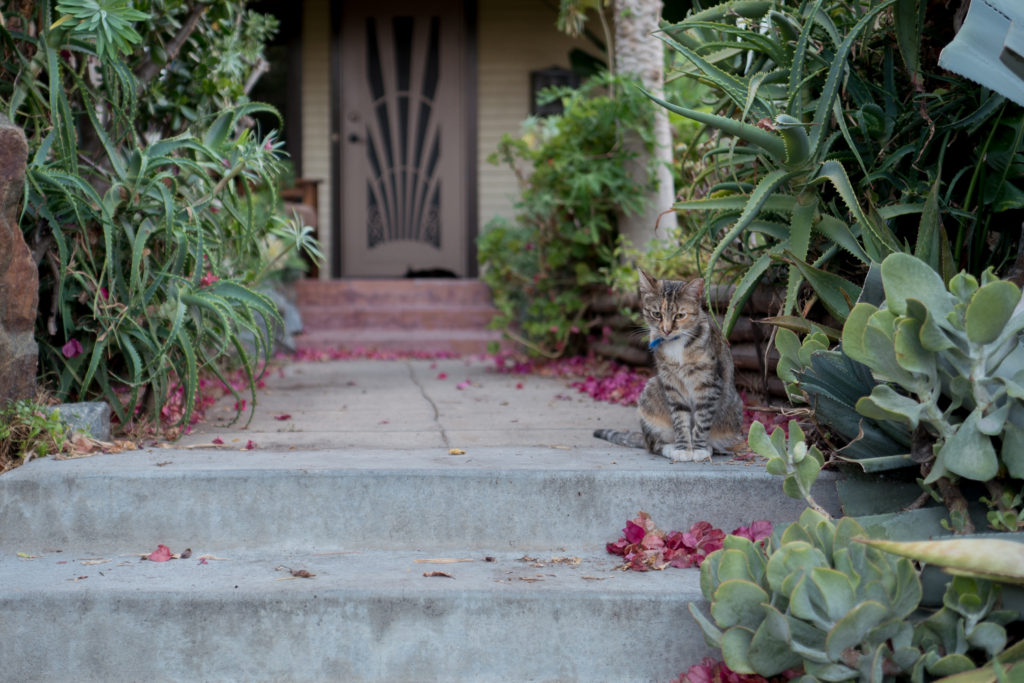 Since seeing Sebastian and Persepolis in March 2018, I have looked for their sister, LilyTiger, who was too rambunctious to photograph back then. She presented herself, quite unexpectedly, on August 10. While walking down Meade Ave., I spotted a kitty reclining on the other side of the street along Mississippi. I had seen Amanda in the exact same spot months earlier and assumed that it must be her. Nope.

LilyTiger moved onto her owners’ charming, lush property, as I approached. But she stayed close enough to the front, on the steps, for portraits. I shot the Featured Image and its companion using Leica Q. Vitals: f/1.7, ISO 200, 1/60 sec, 28mm; 7:32 p.m. PDT—four minutes before sunset. I chose the wide aperture for bokeh but narrowed for the other to draw out Sebastian cozied up on the front porch. Vitals for the second: f/5.6, ISO 2000, 1/60 sec, 28mm. 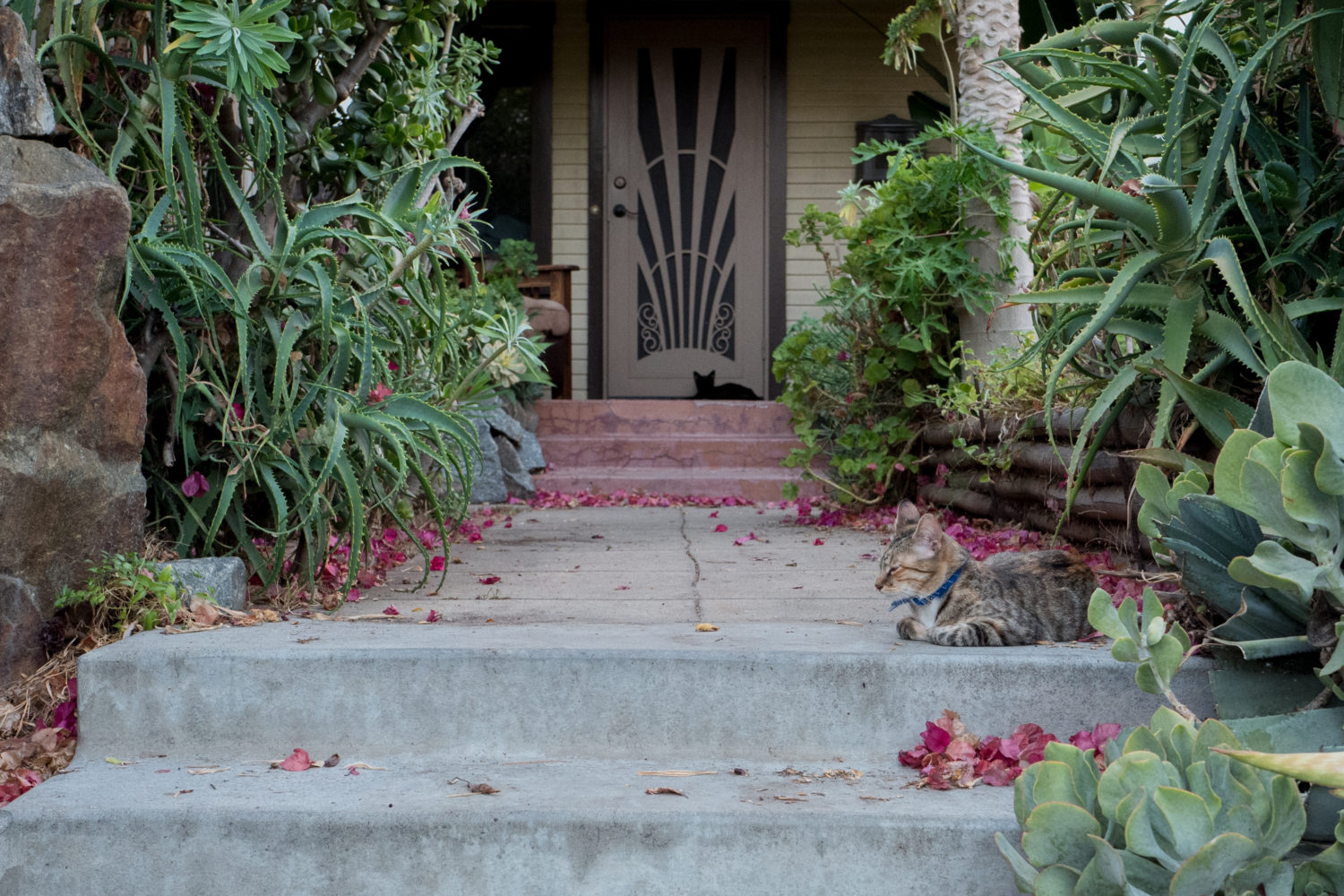 Being now accustomed to Leica M10, I increasingly manual focus the Q—like both of these photos. The first is a little soft, admittedly.