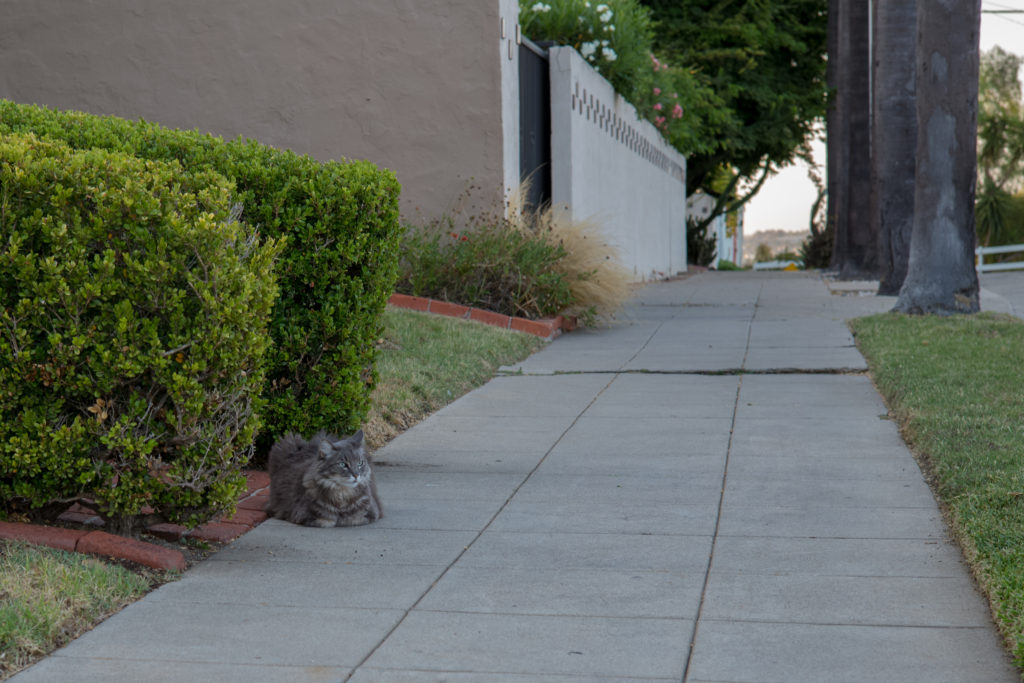 As I turned down Massachusetts from Madison going towards Golden Gate, a pretty tabby looked up from the sidewalk, on Aug. 12, 2018. I crouched down with Leica M10 and Summarit-M 1:2.4/50 lens, snapping several portraits while slowly approaching. Then she turned towards the adjacent house, but not because of my closing in. Someone came out the front door, through which she squeezed by.

The young man standing on the step was movie star handsome—and I almost said so. But post-#metoo, compliments that could be misconstrued are better left unsaid. If he isn’t an actor or model, Hollywood let getaway a young Robert Redford. Explaining that I had just taken a photo of the cat, I asked her name. “Nala”, he answered—and added not seeing my recognition of the meaning: “Like in the Lion King”. I pretended, by affirming “yeah”, to have understood. Shameless liar I am, but polite doing so. 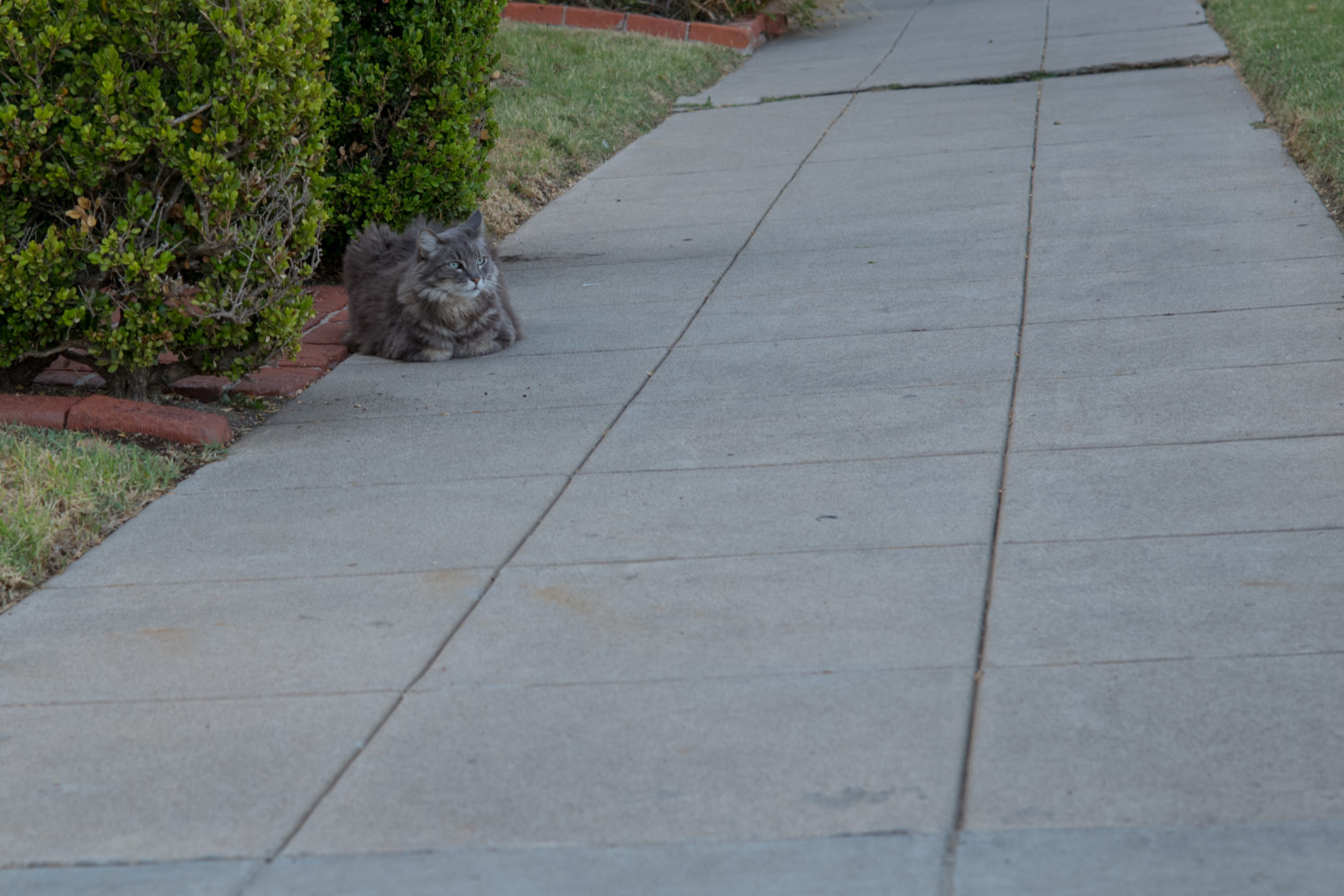