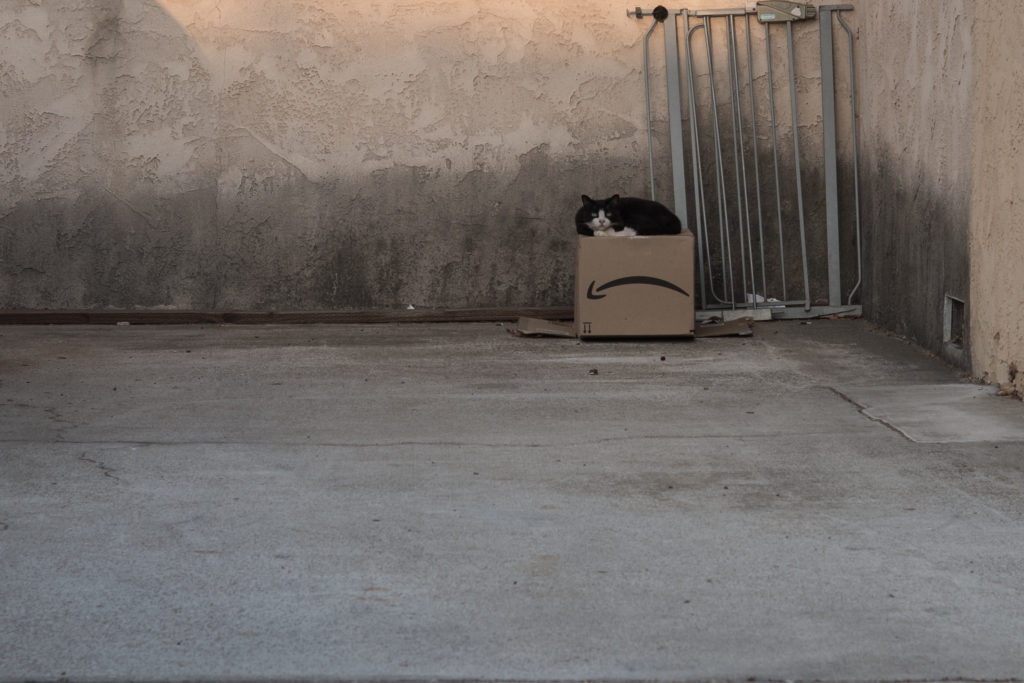 What is it with kitties and boxes, whether within or on top? I must ask after seeing a Tuxedo sleeping on a cardboard carrier early evening, yesterday, along Louisiana between El Cajon and Meade. If you recognize the logo, the nickname for the shorthair is obvious—or should I have chosen Prime instead, playing off location and retailer? For the first three portraits, which I haven’t processed, Amazon slept. But for the fourth, the cat turned up his (or her) head after the shutter clicked.

I spent an unusually long time editing the Featured Image, captured at 6:55 p.m. PDT using Leica M10 and Summarit-M 1:2.4/50 lens. The setting sun shone on the wall above and shadows cast on Amazon below. In post-production, I drew out the highlights and whites, while desaturating color— changes fitting for setting mood (given time of day) and location. I chose not to boost exposure but preserve natural light of dusk. Vitals: f/5.6, ISO 200, 1/125 sec, 50mm (EXIF wrongly states f/3.4). Crop is about 100 percent.