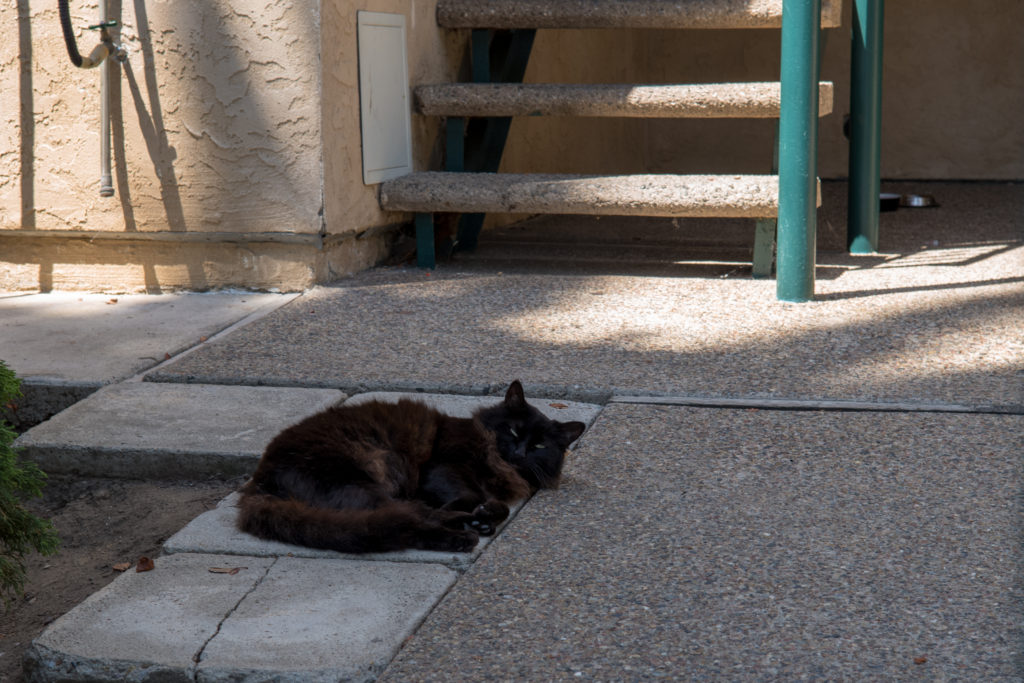 The first caturday of the month begins with the twenty-sixth feline seen on Alabama. I know, the number seems endless. Out of the 219 profiles to date, 12 percent are from the one street—and you will meet yet another next. During a twilight walk, I spotted a second cat on the same property—between Howard and Polk—chowing supper; no photo was possible with my phone for distance and darkness; expect to read about that beastie someday.

Update, Sept. 2, 2018: How unexpected! While walking up Howard Ave., I passed by a cat grooming in the alley behind Alabama. Oh my, could it be the same cat? The furball approached, but didn’t engage, with crackling meow that is common among older animals. Sure enough, after getting close to the kitty and later examining additional portraits, I can confirm the identity. 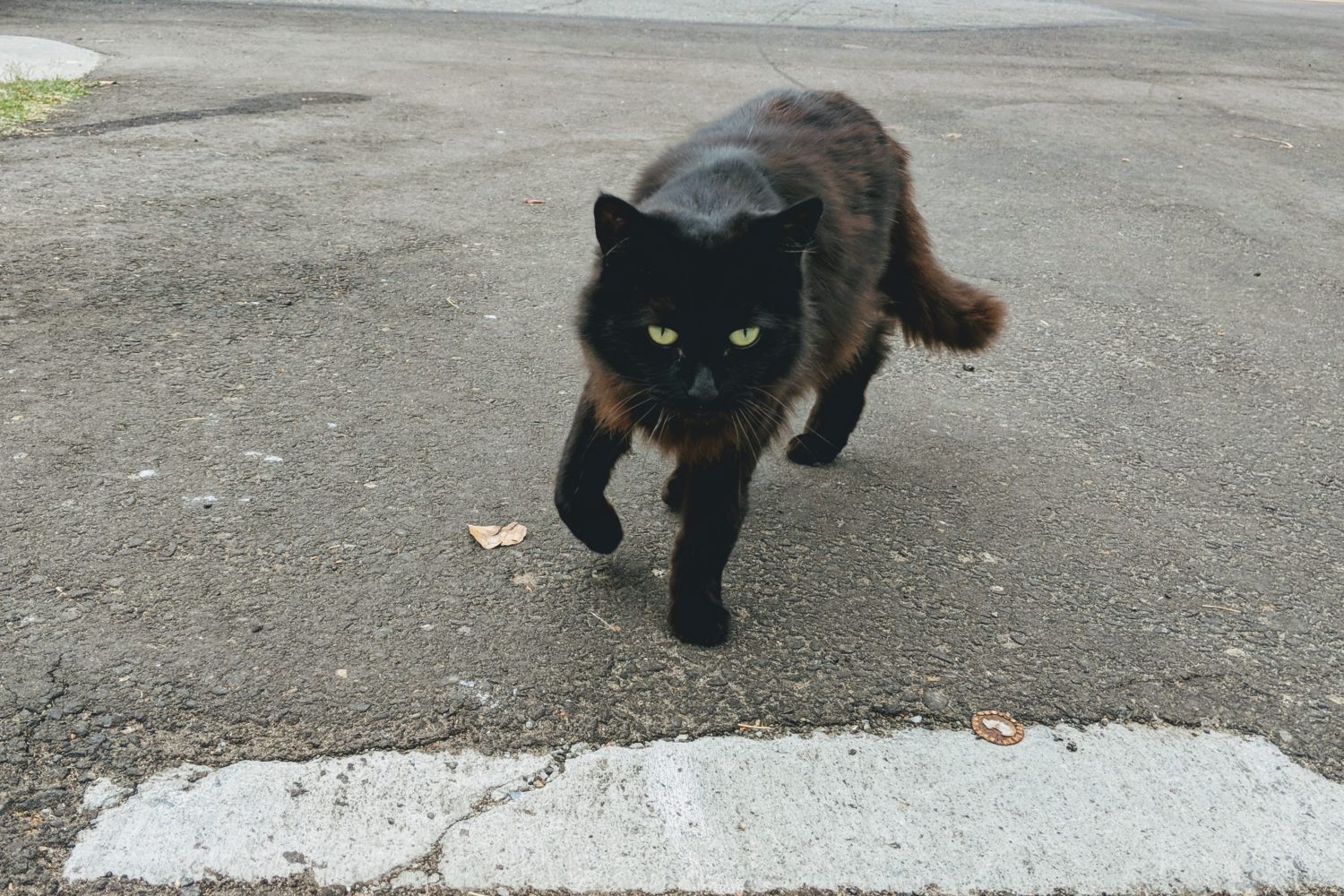 I captured the two additional photos using Google Pixel 2 XL. The first is at the alley entrance. Vitals: f/1.8, ISO 70, 1/780 sec, 4.459mm; 9:12 a.m. The second, shot 7 minutes later, needs some explanation. The black jumped up on an old, and seemingly derelict car, and from there onto a storage roof. If you follow the fence line to the end, the cat’s profile is just barely visible. Vitals: f/1.8, ISO 52, 1/1462 sec, 4.459mm. In Google Photos, I applied the Bazaar filter, which draws more attention to the feline than does the original. Both pics are crops. 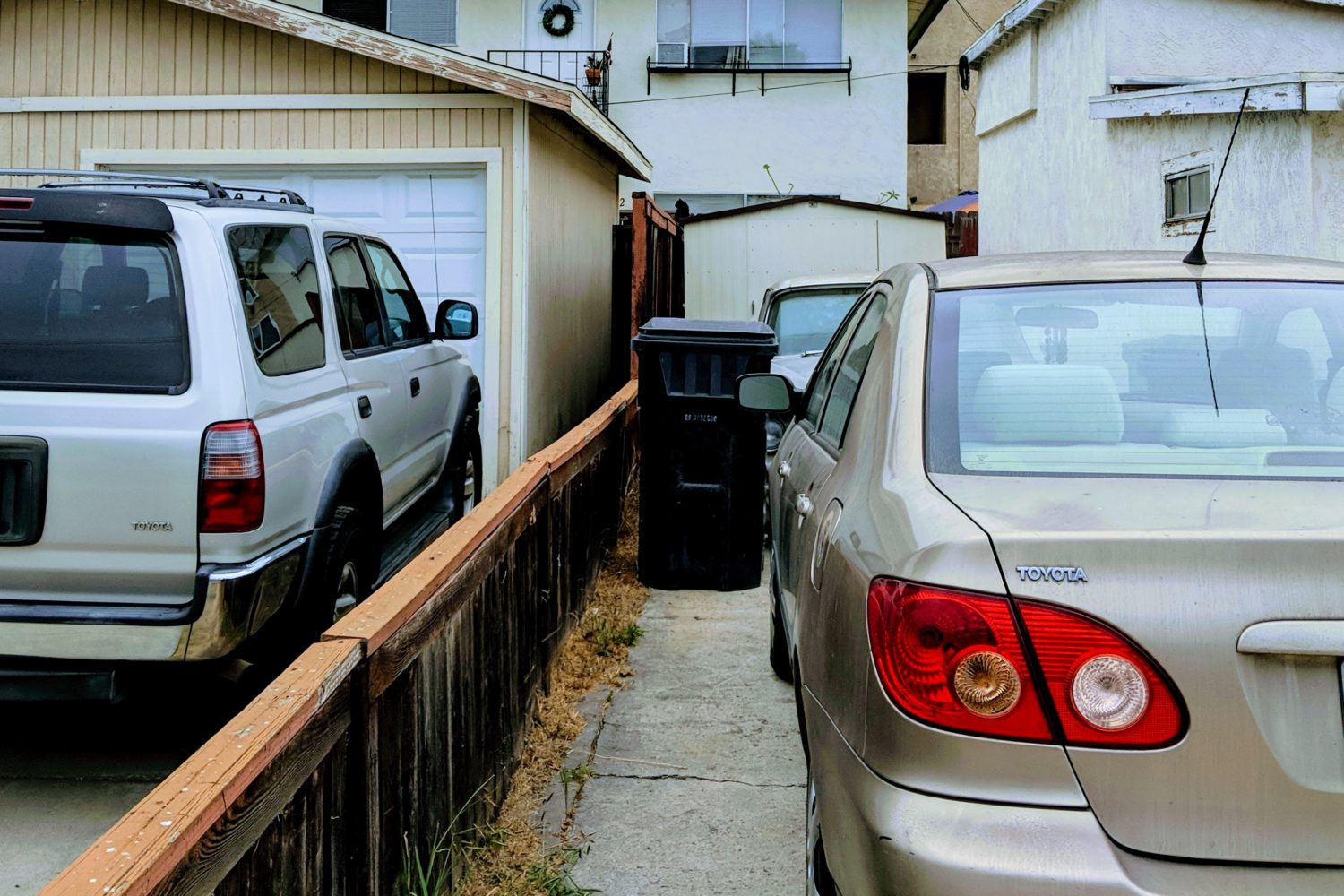 Update, Oct. 20, 2019: The cat was reported a stray several days ago, then recovered by one neighbor, taken to a vet, and returned to the owner. I learned that her name is Olive.