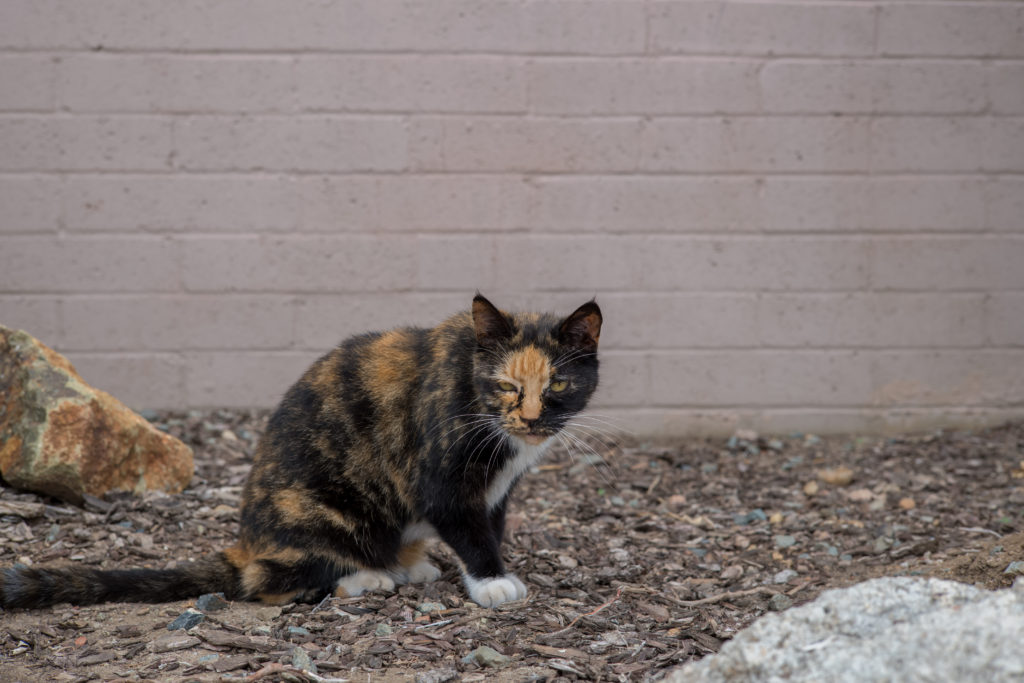 Something like nine months ago, I caught fleeting glimpse of a calico going into an apartment courtyard, up to a second floor landing and being let inside a door. I missed the moment, which returned on Aug. 16, 2018. The shorthair hung outside the building—and not visibly for just the one day that week but several. I seized the first opportunity, as my wife and I carried home groceries, and let alone the kitty on the others. 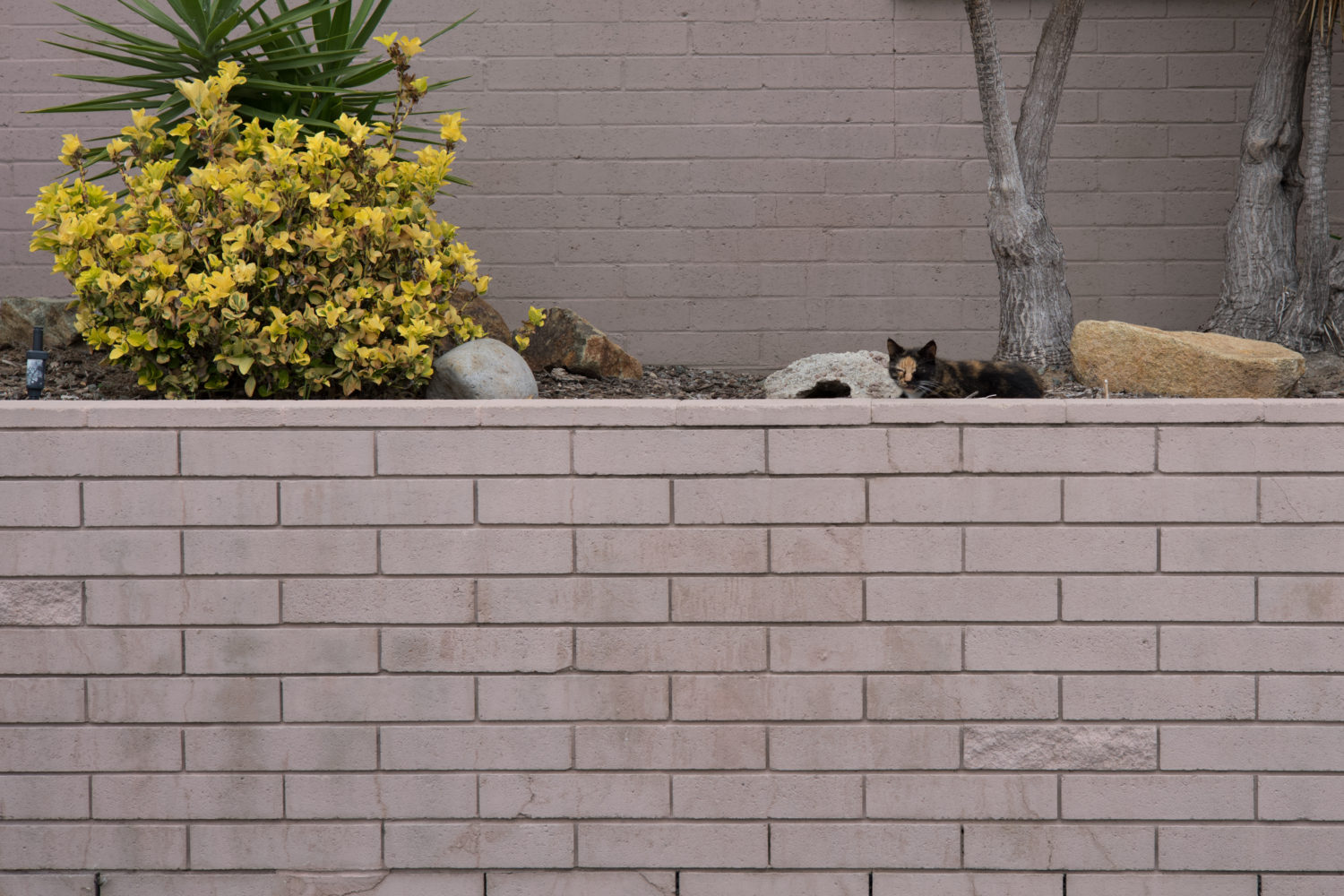 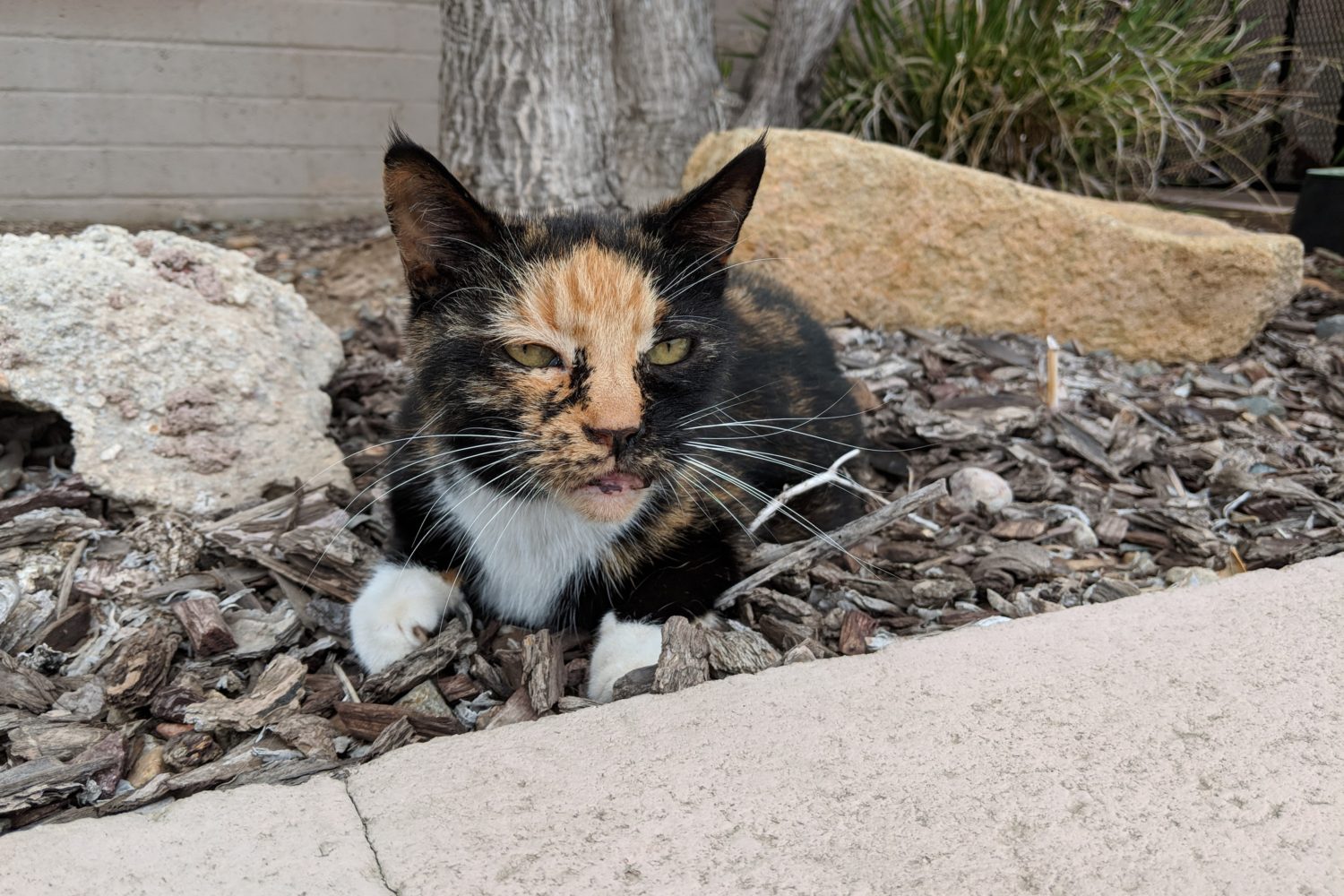