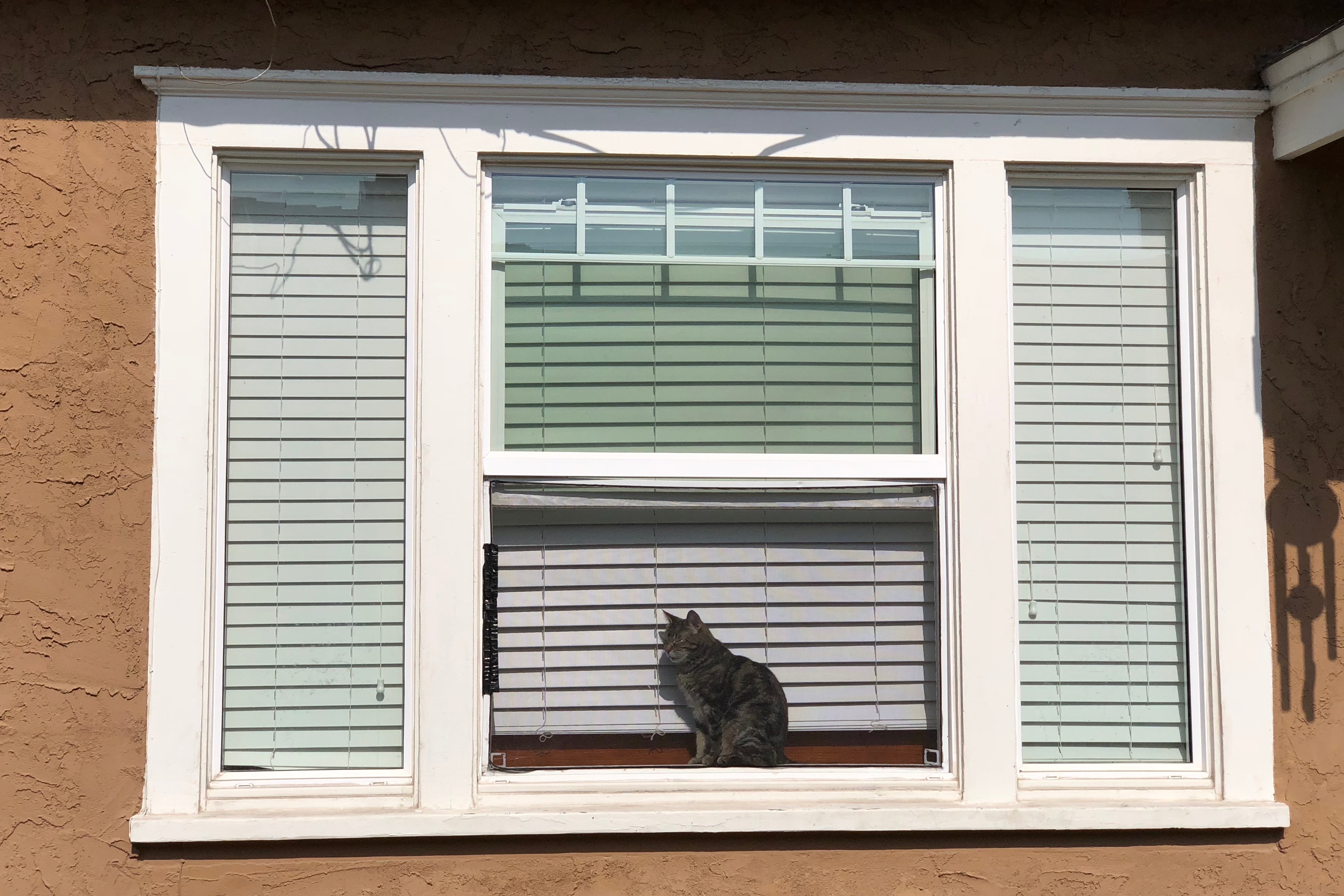 Meade is a sentimental street, between Park Blvd. and Maryland. Call it memory lane. Along the stretch live seven kitties featured in this series: Captain Blackbeard, Honey Bunny, Levi, Pee-Pee, Tink, Veruca, and Vivienne. During summer 2018, my wife and I nearly bought the property that we call the Schoolhouse, at the corner of Campus. A few doors away, the adventure of neighborhood teens trapping a feral momma cat and her kittens unfolded two weeks before we made our offer on the Spanish-style home. The time was magical.

I imagined how the delightful chatter of parents walking their kids to school would fill our living space each weekday morning. There is something soothing about the ambience that the sound of happy children or running water makes. On the morning of June 4, 2018, a tiger tabby watched and listened, as I once hoped, to students arriving for a day of classes at Birney Elementary. The apartment complex where the putty-tat lives is one of several across the street from the school.