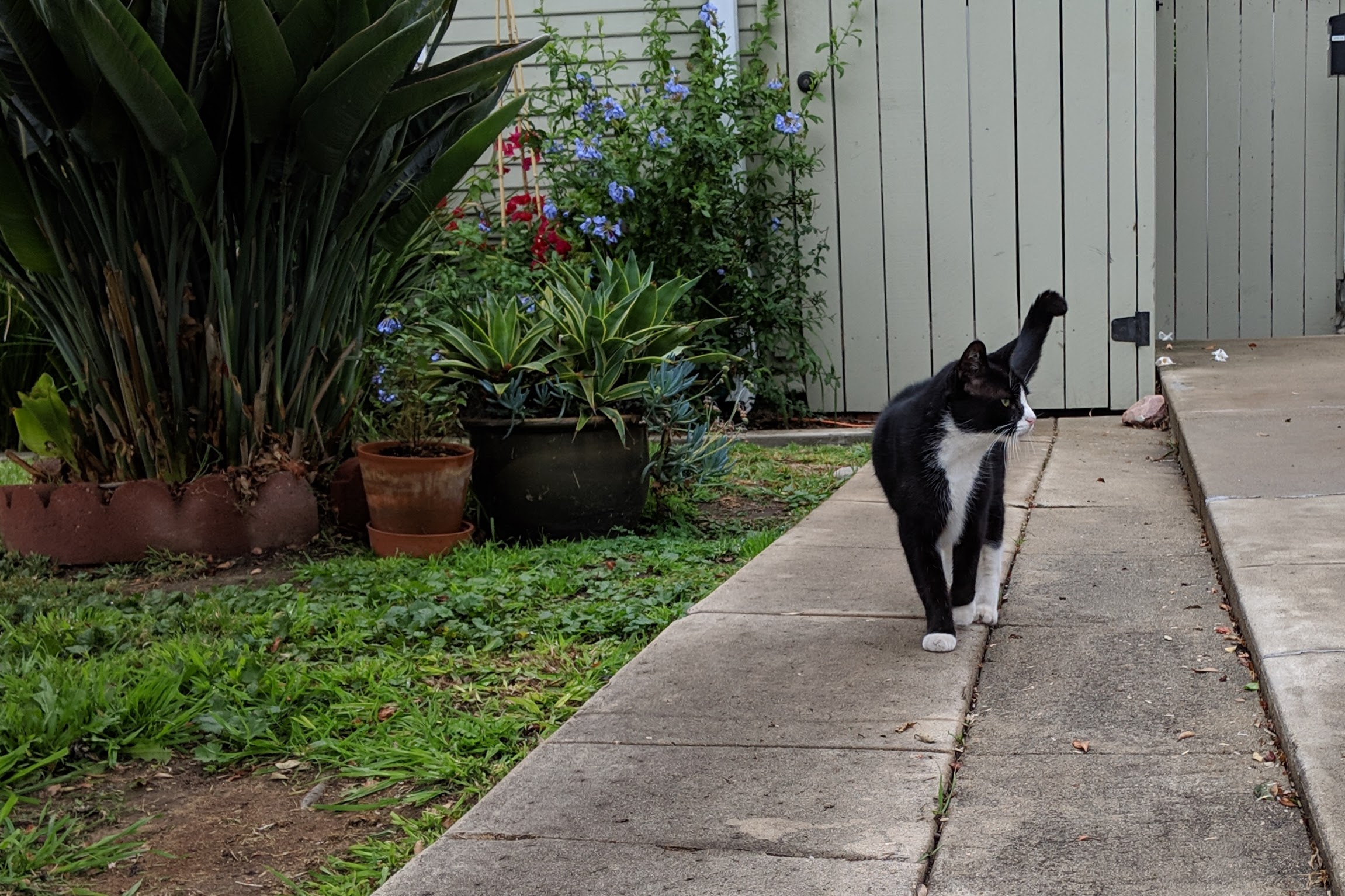 Our third New Years furball joins Norman (2018) and Chub (2017) in the distinguished role. The kitty is also twenty-ninth featured from Alabama. I walk all over the neighborhood, such that the street gets no special attention with respect to others. Yet, for reasons that mystify, more felines are seen there than anywhere. Of the 237 profiles to date, 12 percent come from Alabama between Adams and Lincoln. Meow! The real number of known cats rises to the mid-thirties; I simply don’t have satisfactory portraits of them all yet.

The handsome Tuxedo earns nickname Storm, for appearing between two major rain fronts on the morning of Nov. 29, 2018. Considering the weather, I was walking for exercise between torrents rather than scouting for early day paw-paws. I spotted Storm first in the yard where Striker appeared five months earlier. The Tux moved behind cars and along a house and garage onto another property before approaching close enough for photos. 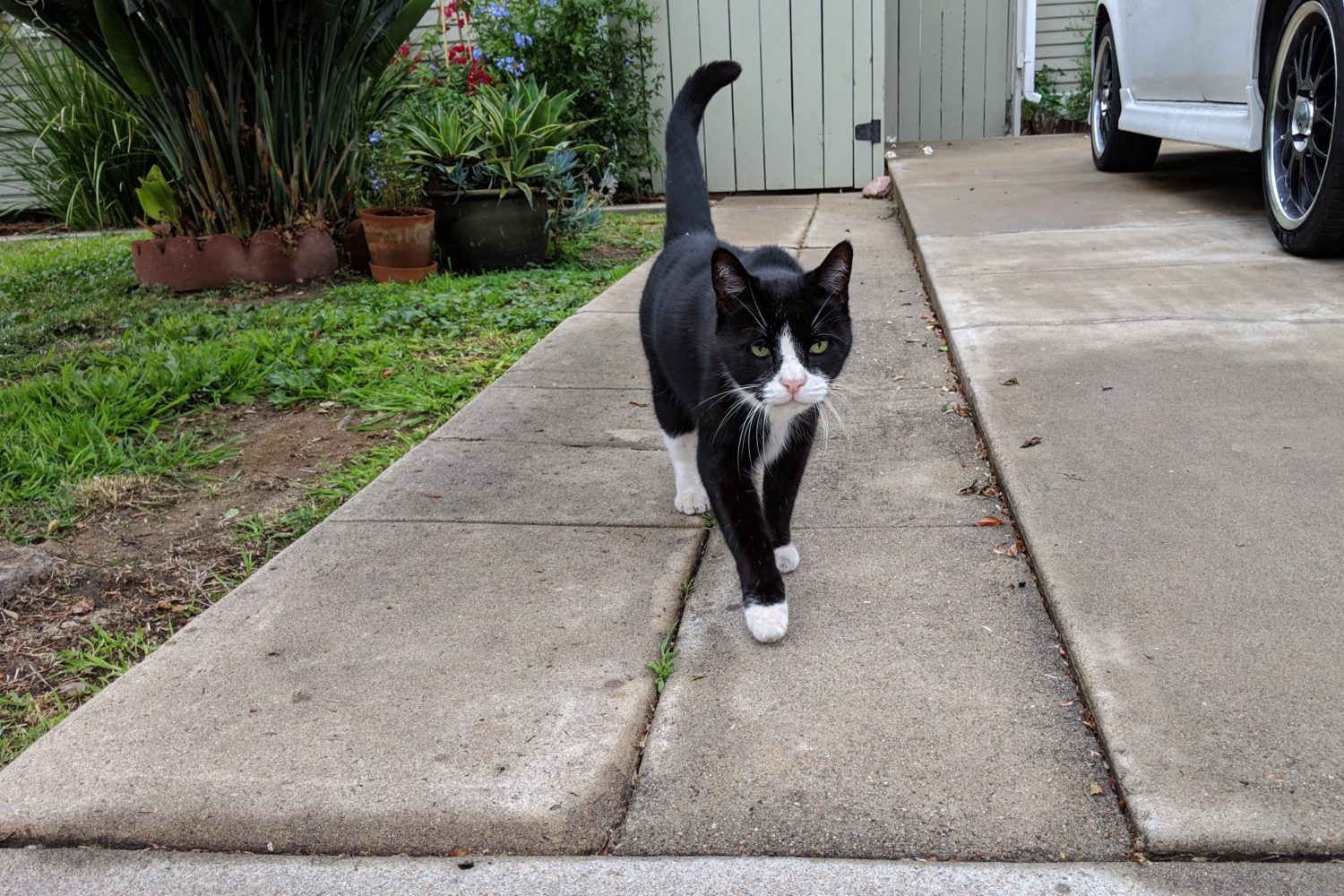 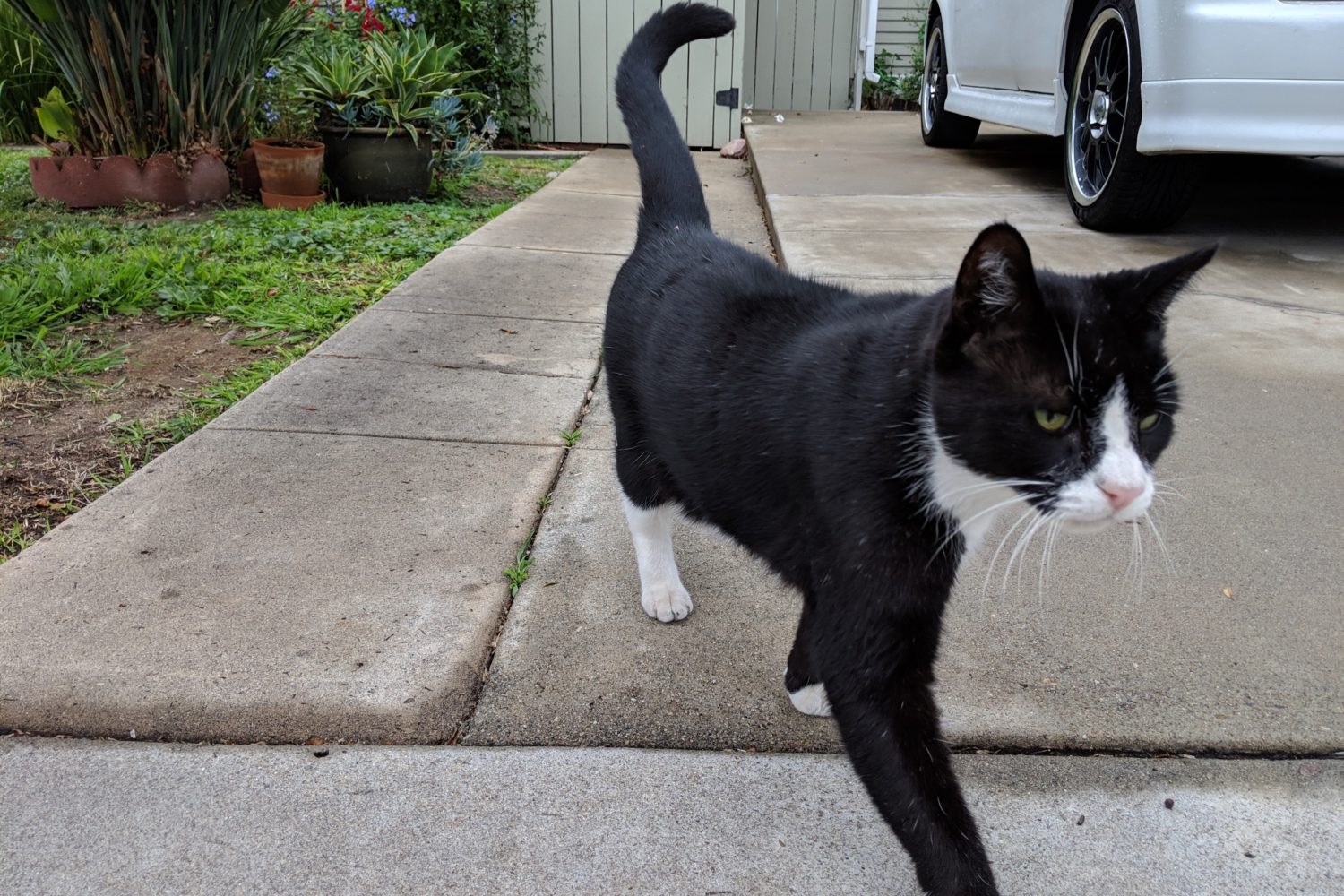