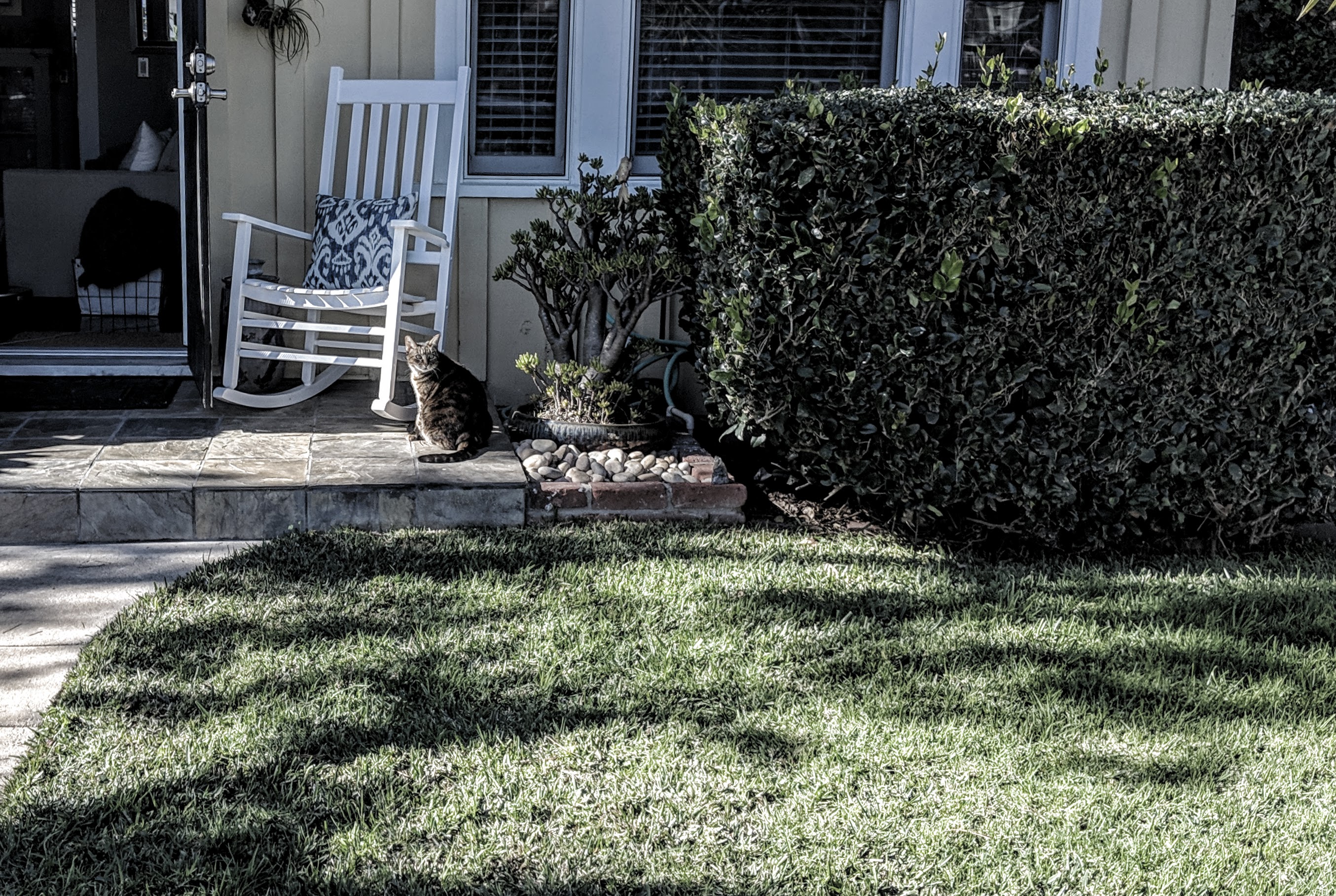 Our second featured feline of 2019 is the thirtieth seen along Alabama—on the same block where live Harley, Holiday, Laramie, Lupe, and Precious and where were the homes of the departed Monkey and missing Smokey. I have exclaimed about the putty population density on the street, numerous times, and I know of at least four more cats on the block that have yet to be photographed. But there are others of which I am aware along the 1.5 km stretch between Adams and Lincoln.

I met Mitsie (her real name), one of her owners, and three dogs while they sunned on the cool morning of Dec. 29, 2018. She came to one of her current caretakers as a stray about six years ago, when he lived in Imperial Beach, Calif.

I used Google Pixel 3 XL to capture the Featured Image, which was deliberately edited. I boosted highlights and desaturated color, among other tweaks, to attemptedly add artistic flare to compensate for the somewhat blurred beastie—eh, softly focused. The portrait is cropped 3:2 and removes the owner; for his privacy, since I didn’t ask permission to publish his likeness. Vitals: f/1.8, ISO 58, 1/1675 sec; 4.44mm; 11:51 a.m. PST. 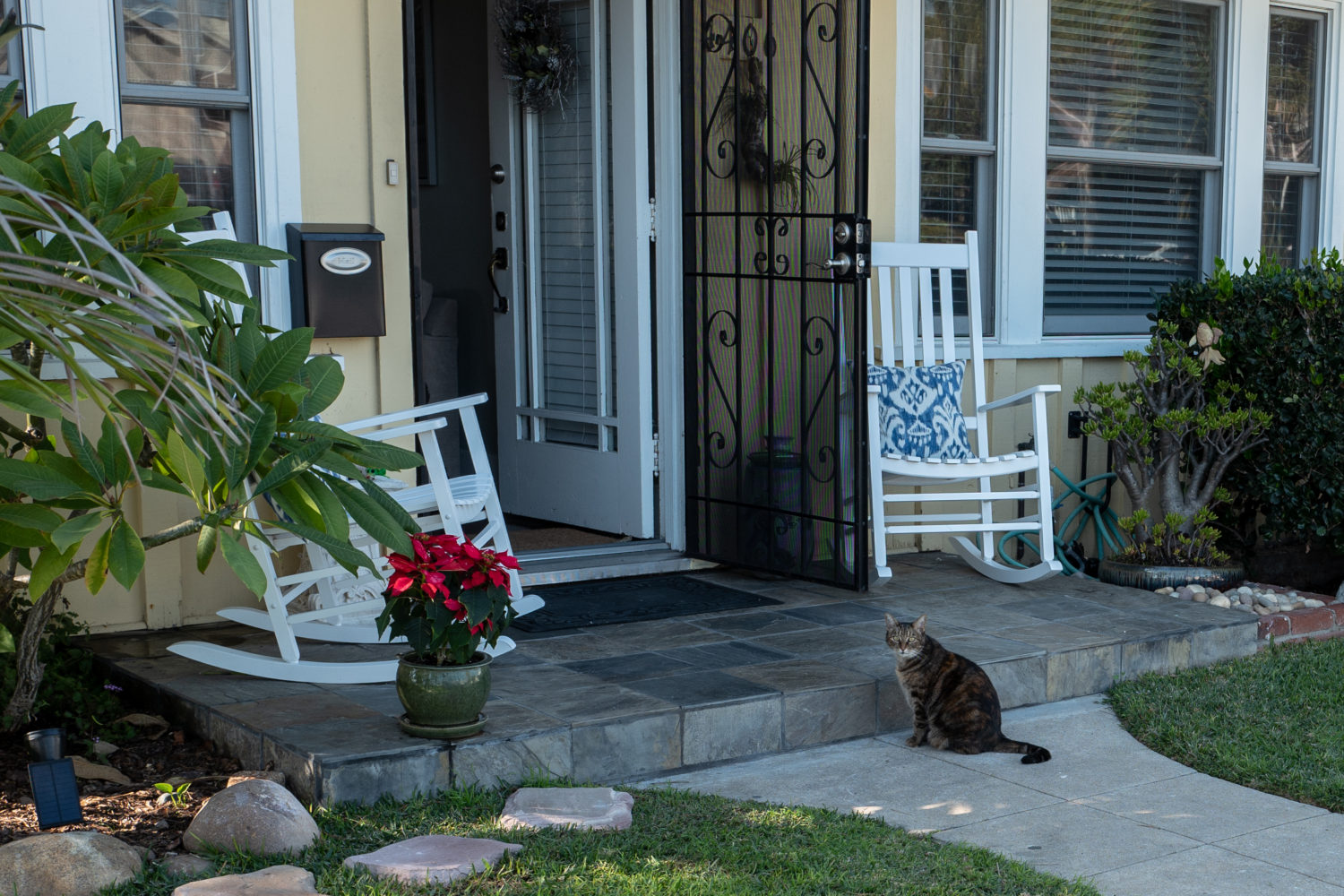