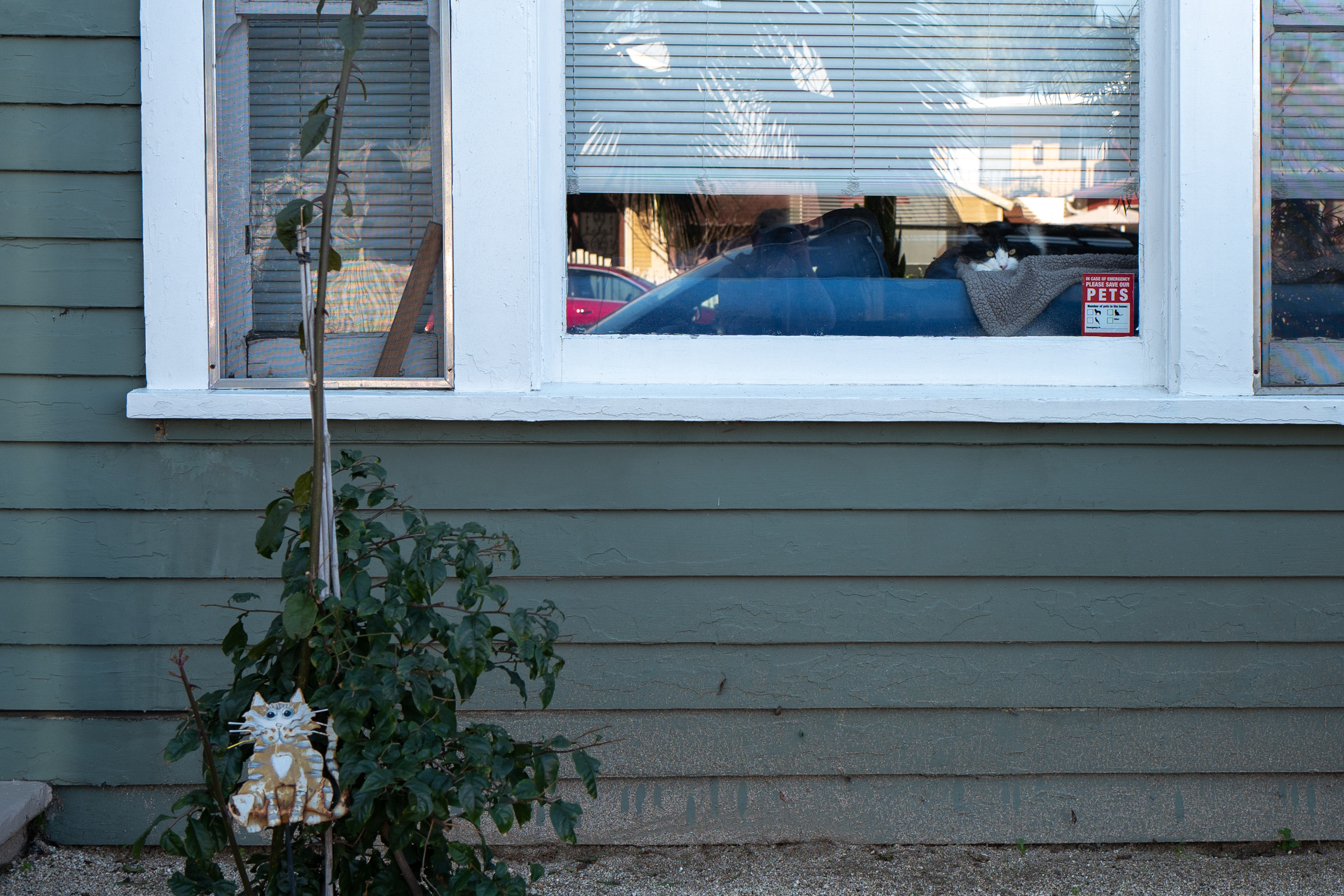 For years, I have wondered about a house on Monroe Avenue, around the corner from where live Luci, Maven, Night, and Peso because of the kitty decorations in the yard. This morning, while passing by, my curiosity met the cat: the series‘ thirty-fifth behind-the-window watcher. Initially, I stopped to gawk but not to photograph because something felt a little too intrusive about the setup and my peering inside from the sidewalk behind the lens.

But before reaching the cross street, I turned about. As I lifted Leica Q to manually focus, a couple walking dogs passed behind me. The gent gleefully yelled: “Oh, that’s Shadow!” To which, I asked: “How do you know?” “We know the owner”, he answered, adding that there is a companion cat named Charlie. 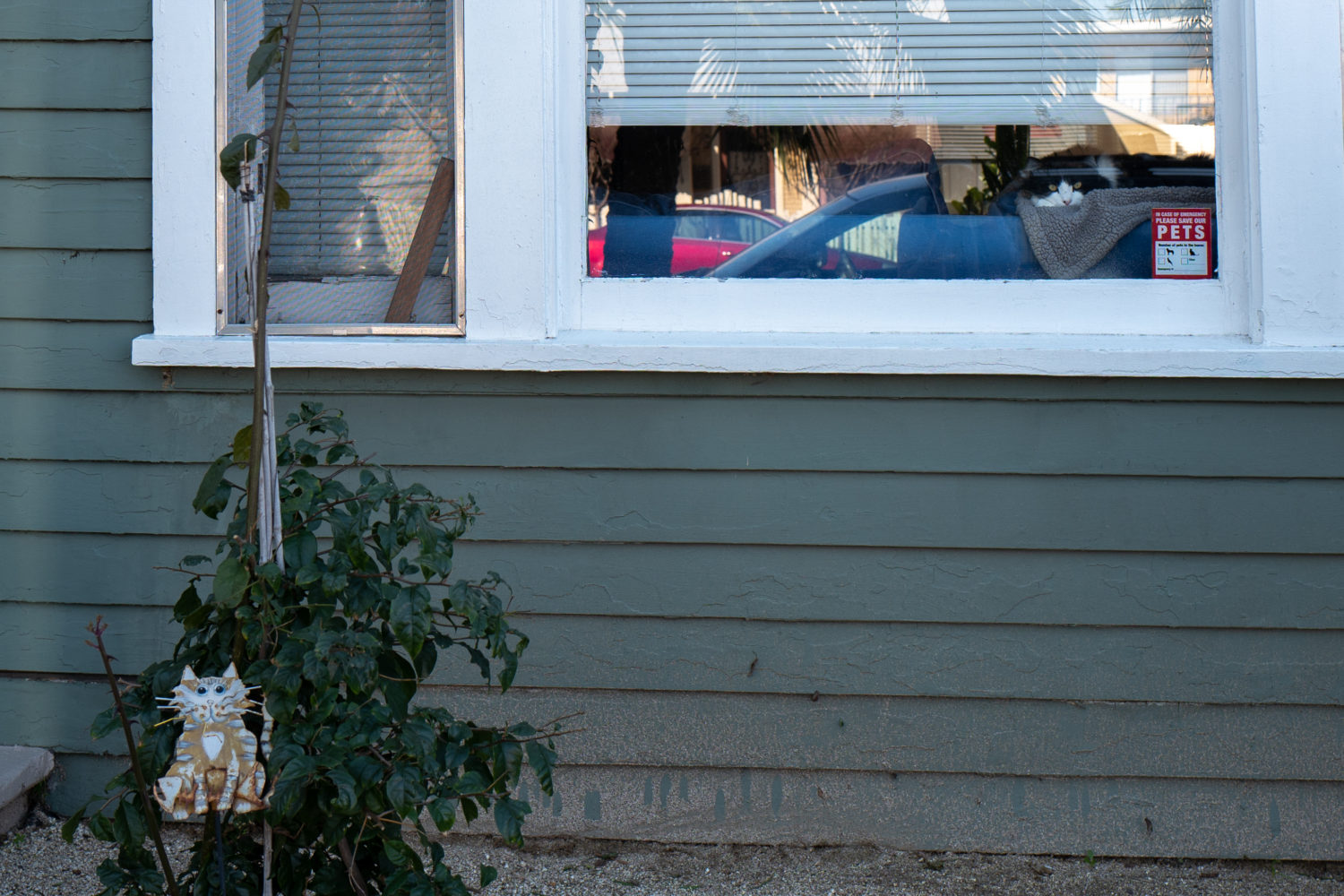 The “Too” after the name designates that this handsome longhair is the second Shadow to be profiled. The other Shadow, who has since presumably passed away, lived for 18 years as a feral along the Adams Avenue overlook before disappearing in early 2018.

I shot three portraits and edited two. The Featured Image is my wife’s preferred crop. Vitals for both, aperture manually set: f/4, ISO 100, 1/160 sec, 28mm; 9:35 a.m. PST. While they aren’t that different, I like the other better because more of Shadow’s body can be seen behind the glass and my reflection isn’t visible there.