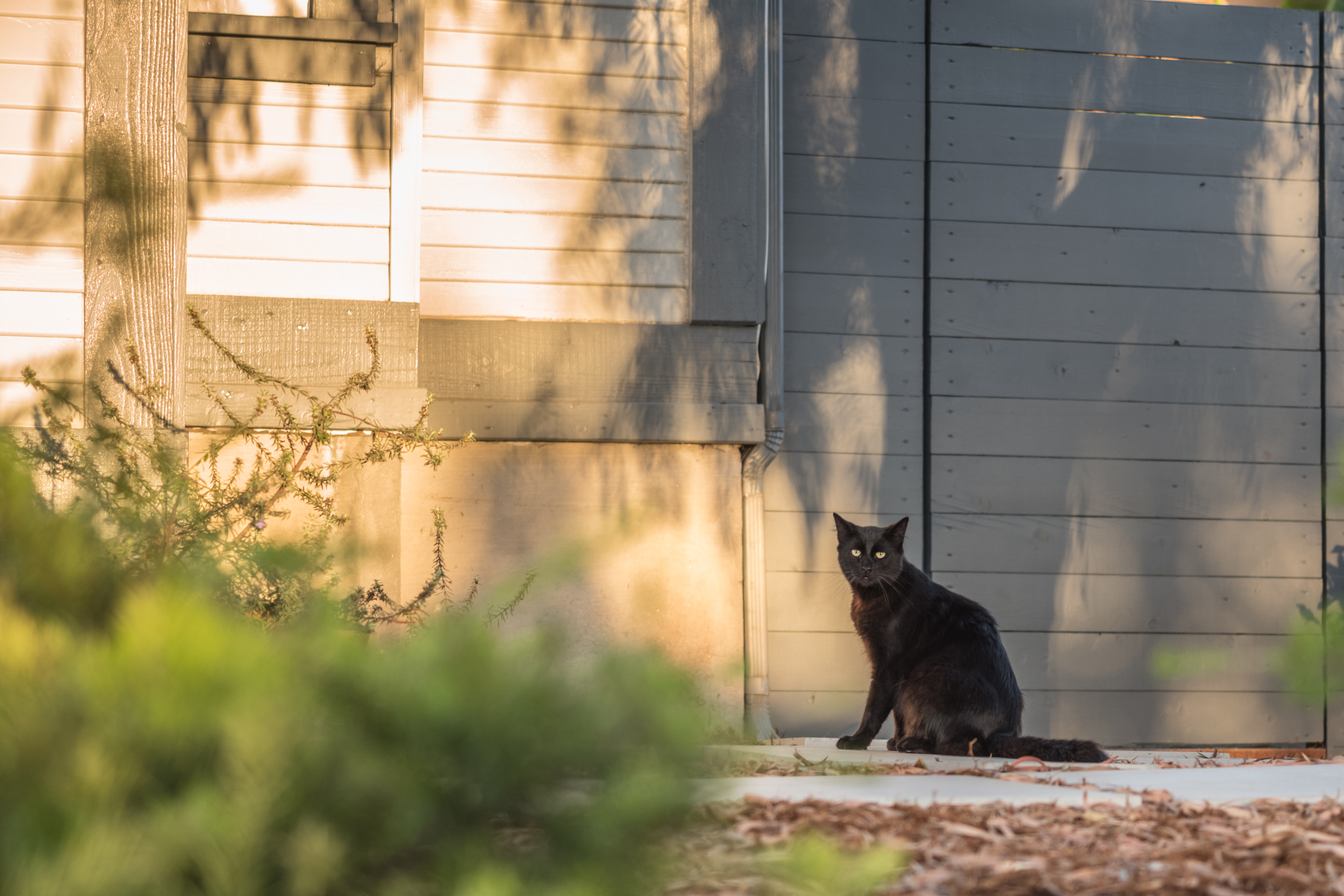 Black kitties are the most difficult to identify, particularly from a distance. Our newest inductee was spotted on Sept. 15, 2018 in the same yard as Skull, the fourth feline to participate in the series (October 2016). Next door, at the Butterfly House, another Halloween cat, Wink, made an appearance nearly a year later (August 2017). Are they all the same, or three different shorthairs? From the various photos, they look distinct enough to me. But who can say?

The Featured Image is one of the last captured with Leica M10, which I sold a few weeks later. Last night, someone bought the other of my two Leica lenses—90mm / f4.0 Macro Elmar—which I used for this portrait. The Blackie earns nickname Monarch, for location seen and timing of this profile; keepers of the butterfly refuge recently relocated to Hawaii. Vitals: f/4, ISO 200, 1/90 sec, 90mm; 6:29 p.m. PDT.