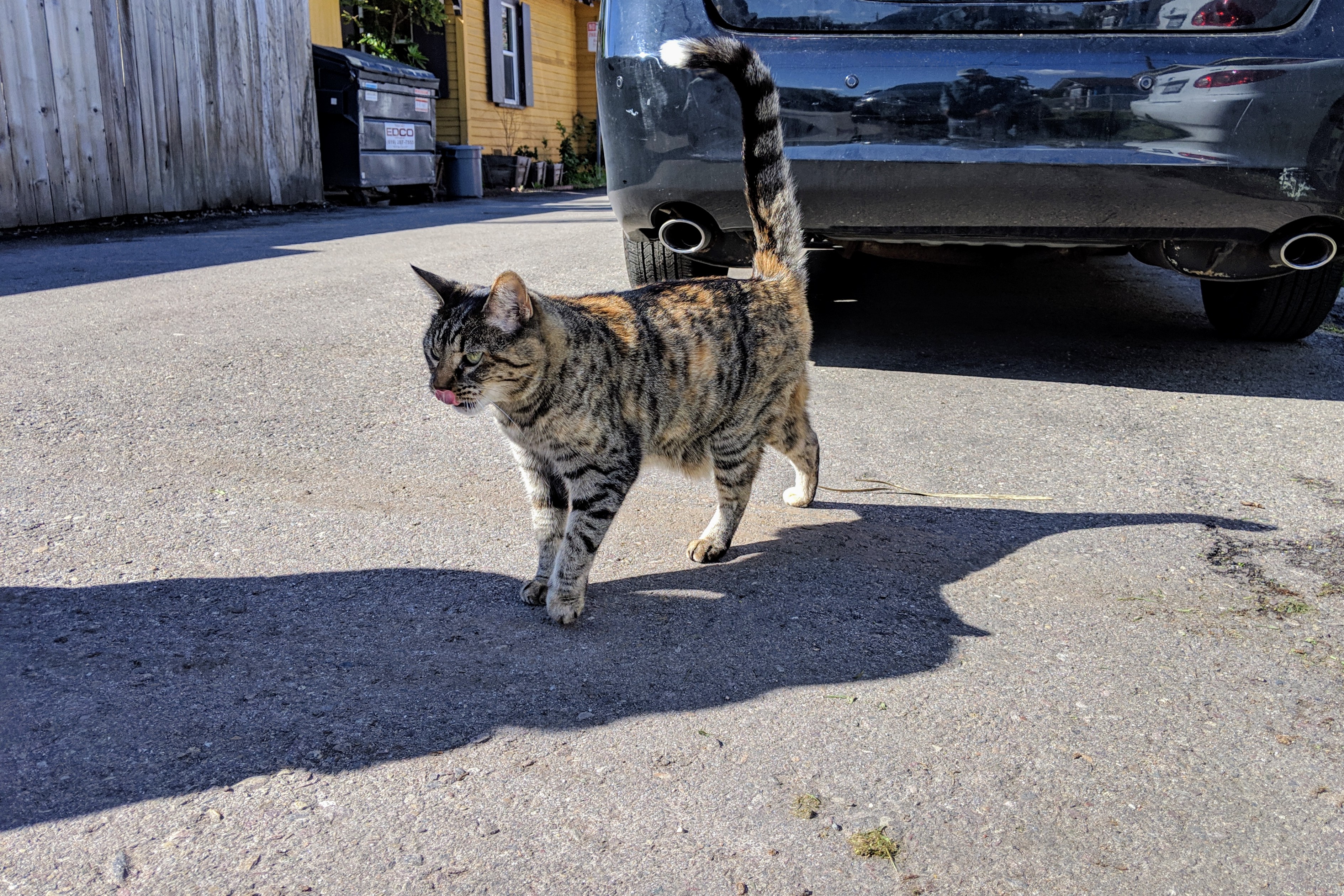 Wagering a guess, the shorthair that I call Mewl is a pregnant female. She was needy and noisy—hence the nickname—when my wife and I encountered the kitty along Spalding Place on Feb. 6, 2019. We approached from Madison Avenue through the alley between Park and Georgia, when we saw her walking from street to sidewalk. She turned when I pulled out Google Pixel 3 and loudly and nearly continuously meowed as she came up to us. 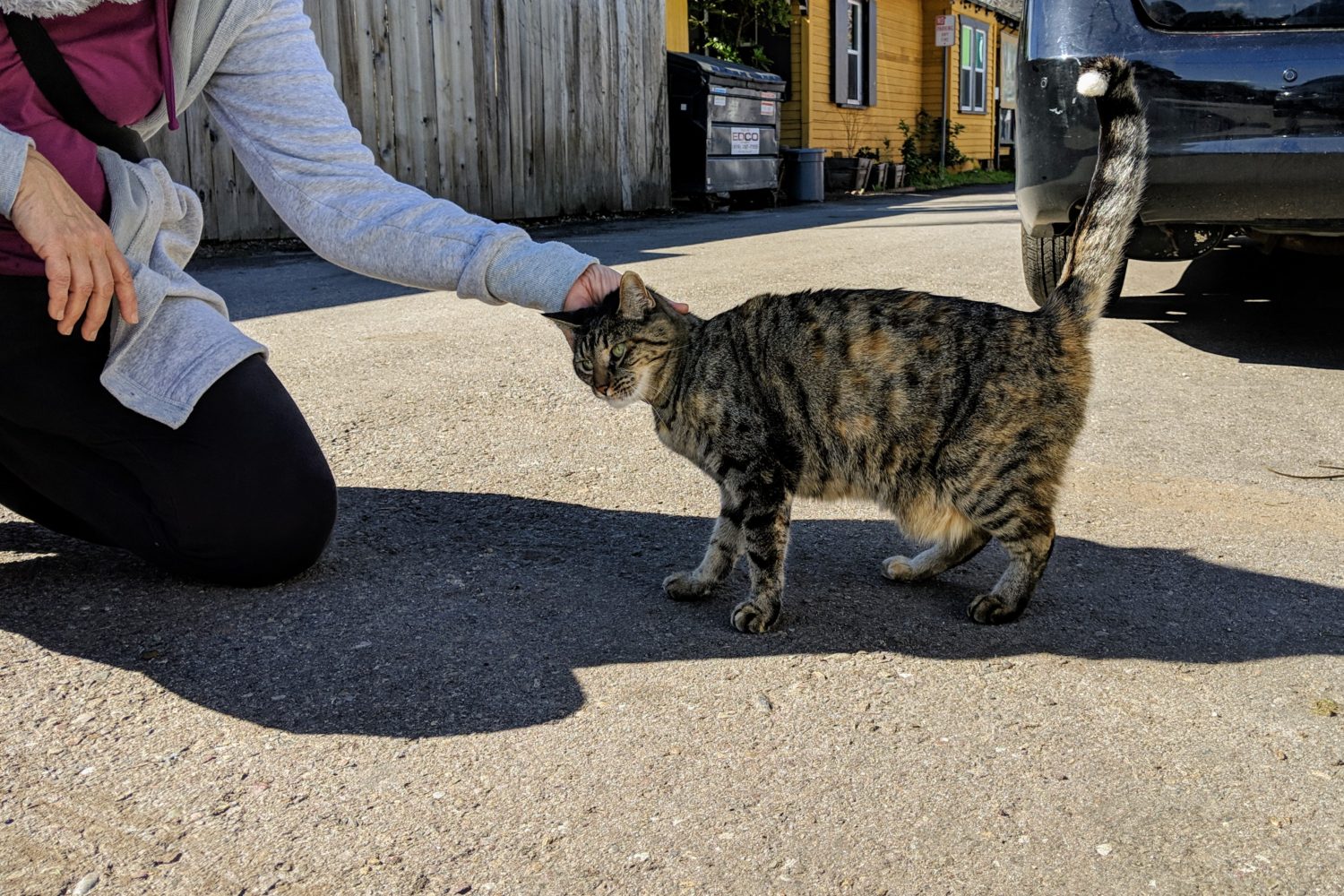