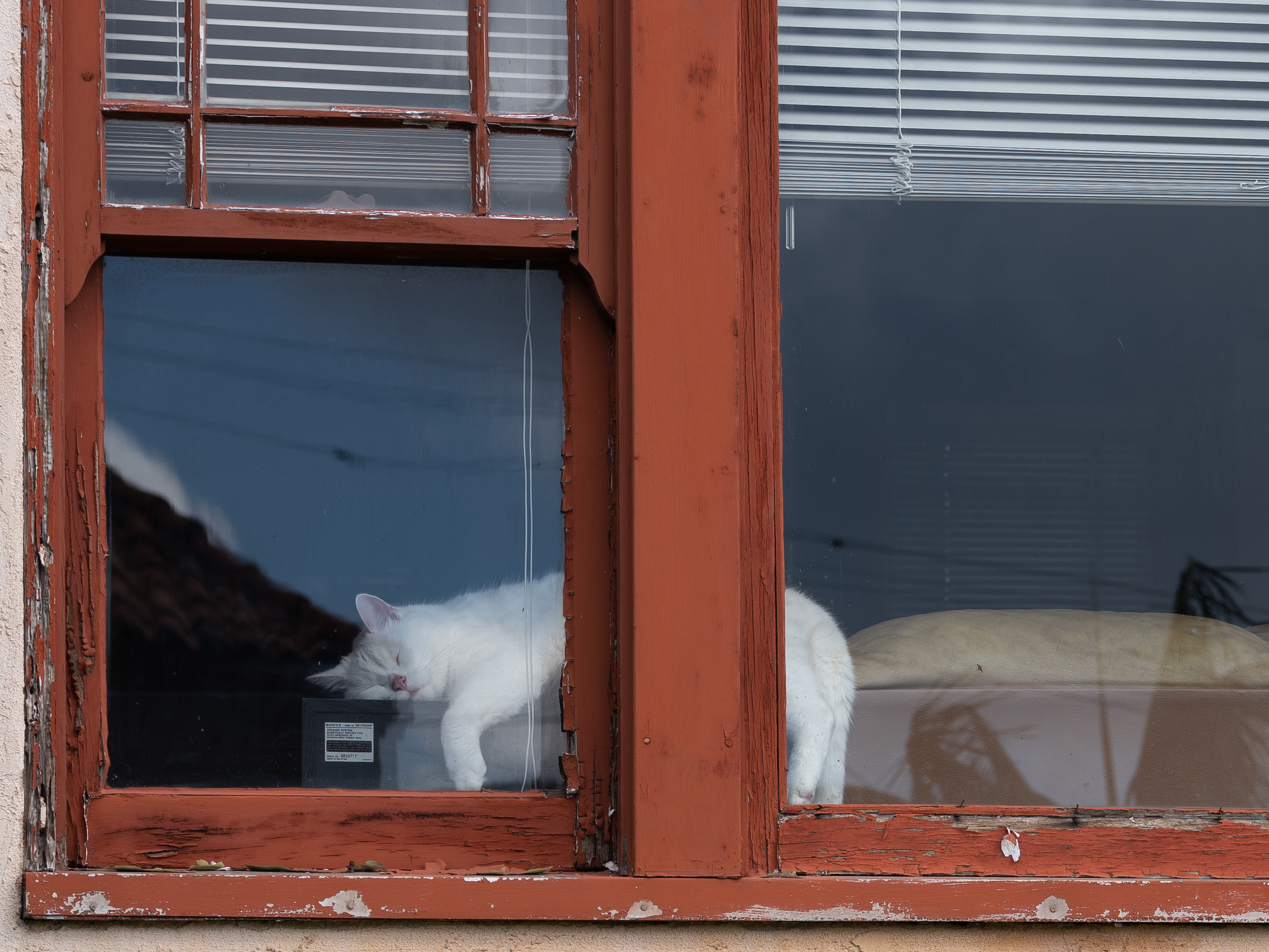 The Fujifilm GFX 50R, paired with Fujinon GF63mmF2.8 R WR lens, delivers outstanding image quality; today’s cropped Featured Image and fuller-size companion demonstrate the camera’s capabilities. Rather than use a telephoto, I prefer to shoot with a prime lens on a camera that can capture lots of detail, allowing me to crop-in, or recompose, during post-production. The 50R is an IQ over-achiever, and its handling and ergonomics suit my shooting style, too.

I encountered the sleepy white beauty along Golden Gate somewhere between Cleveland and Maryland. Snowball—nickname my wife suggested—is the thirty-seventh feline found behind glass (and/or screen) and usually looking out rather than snoozing. The main portrait is cropped from the other, to spotlight the incredible detail the medium-format camera captures. Vitals, aperture manually set: f/5.6, ISO 100, 1/210 sec, 63mm; 9:25 a.m. PST, yesterday. 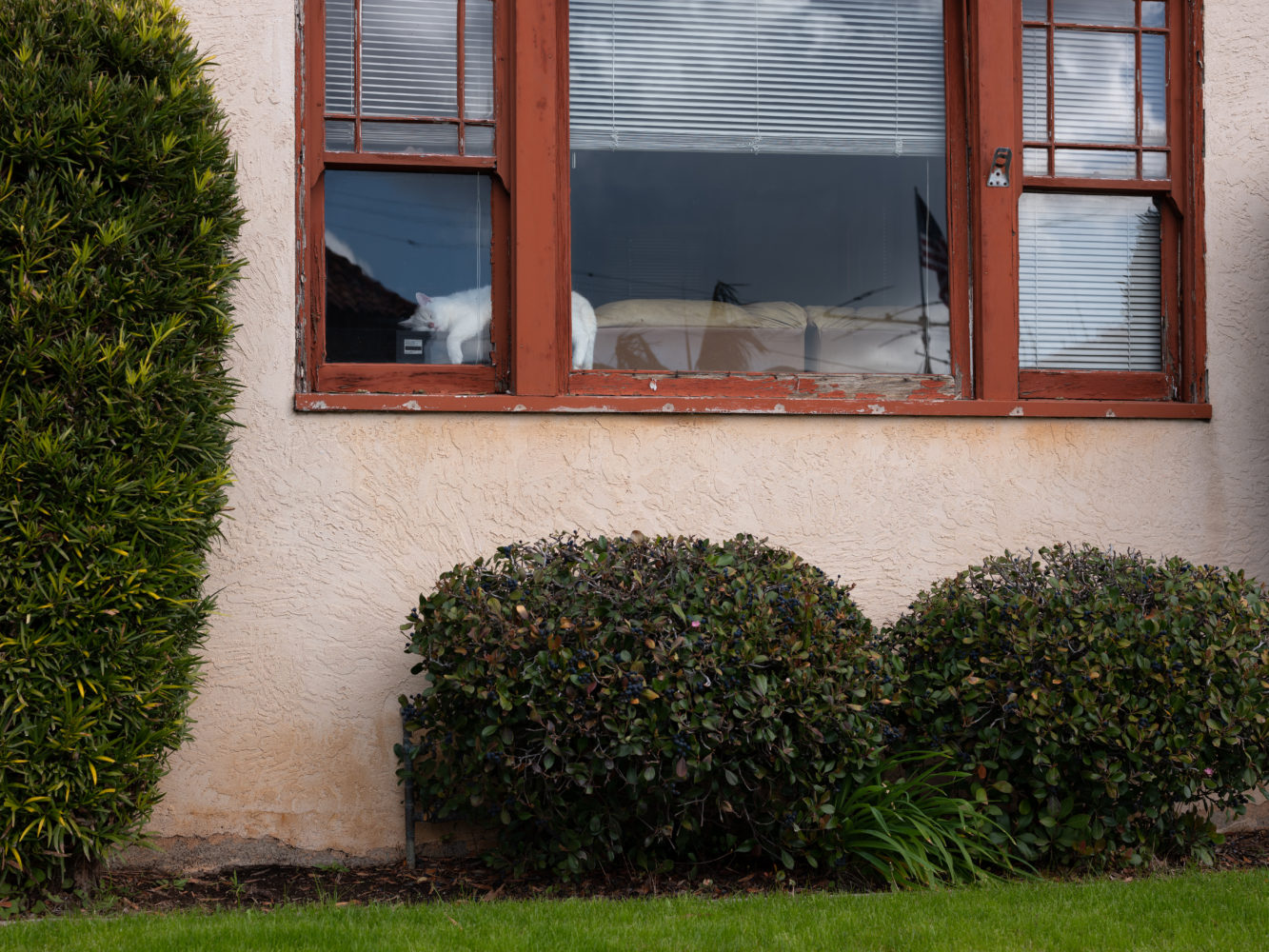 From a distance, the sleepy appears to be slung over a sofa. But the crop reveals that the kitty is planking on a Sony stereo speaker. Amazing. Auto-focus is spot on and where I wanted it, too. BTW, Snowball’s slumber is converted from Raw to JPEG, cropped but not otherwise altered by me.

Update, June 9, 2019: While walking by mid-morning, I spotted the kitty, whose real name is Tony, sitting outside with his owner. Duh. I should have recognized the house sooner. ChaCho also lives there. He is reasonably gregarious, while Tony is super shy—so much so that he fled inside soon after I stopped by to chat with his caretaker. Congratulations! The gent just retired.

He’s not sure how old either cat is, since both were rescues. But ChaCho has been with the family for 14 years, and Tony about the same amount time. The owner commented about how the elder cat’s grey fur is turning brown; it was solely grey and white when I photographed the feline about 20 months earlier.