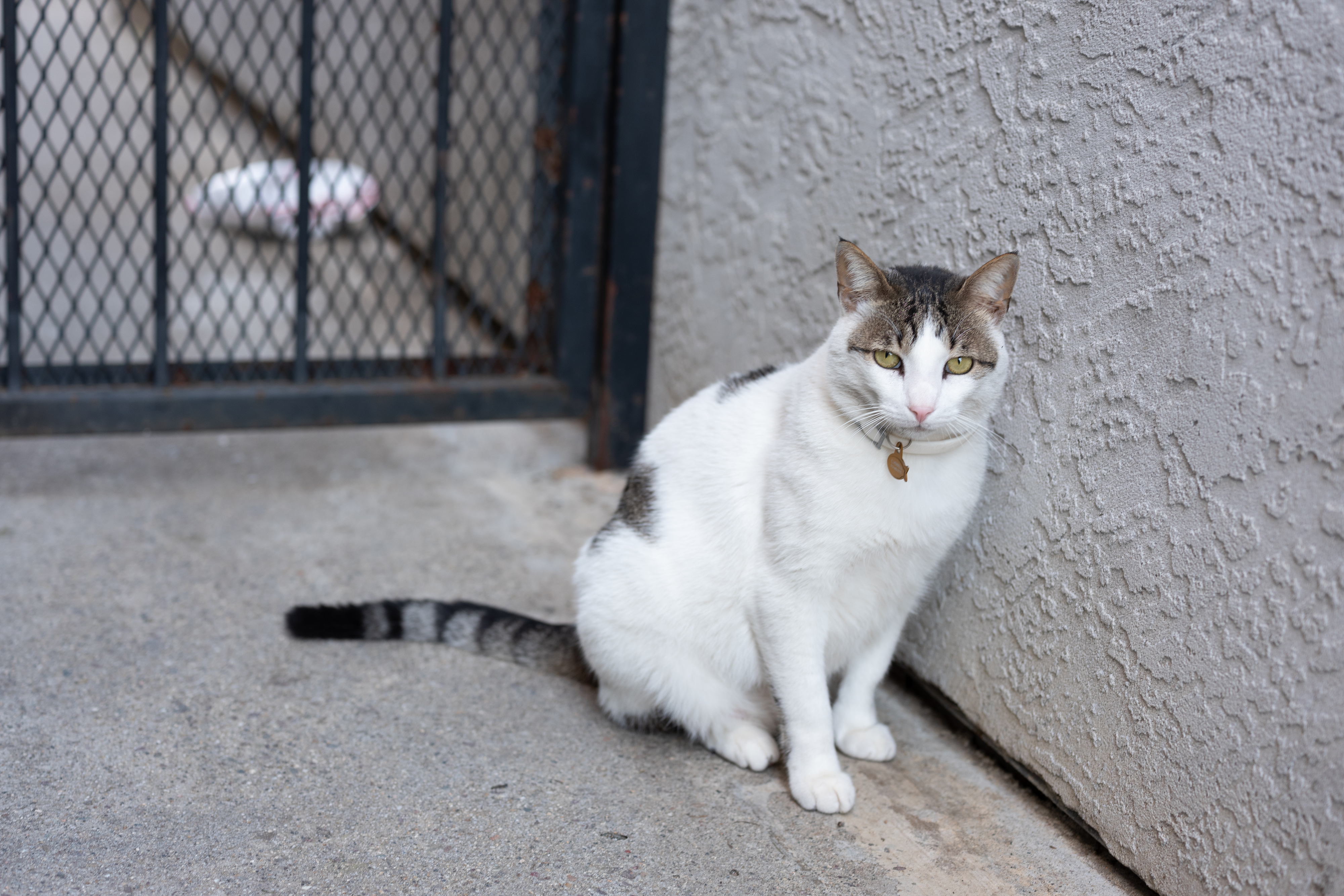 The Alabama cat contingent continues, with the thirty-first sighted along the street between its boundaries of Adams and Lincoln. Yesterday, as we walked to Smart & Final, my wife saw a putty-tat scurry among parked cars across the roadway. I pulled around Fujifilm GFX 50R, with attached Fujinon GF63mmF2.8 R WR lens, and approached the building, which is the same one where lives the kitty I call Dizzy. The shorthair retreated to a spot before the apartment complex’s security gate, which access to me was blocked by the mailman filling boxes.

He left. Feline and human regarded one another. A few meows later, the shorthair let me move in close to offer pats and to read the name tag (Mao). Snap. Snap. Two satisfying shots later, a quandary came: Should I let Mao inside the courtyard, by way of the unsecure security door? I pulled slightly open, and the friendly furball nosed forward. I closed in doubt, then let Mao through. The kitty crossed to a stair and climbed to the second level, where home awaited. (I hope.)