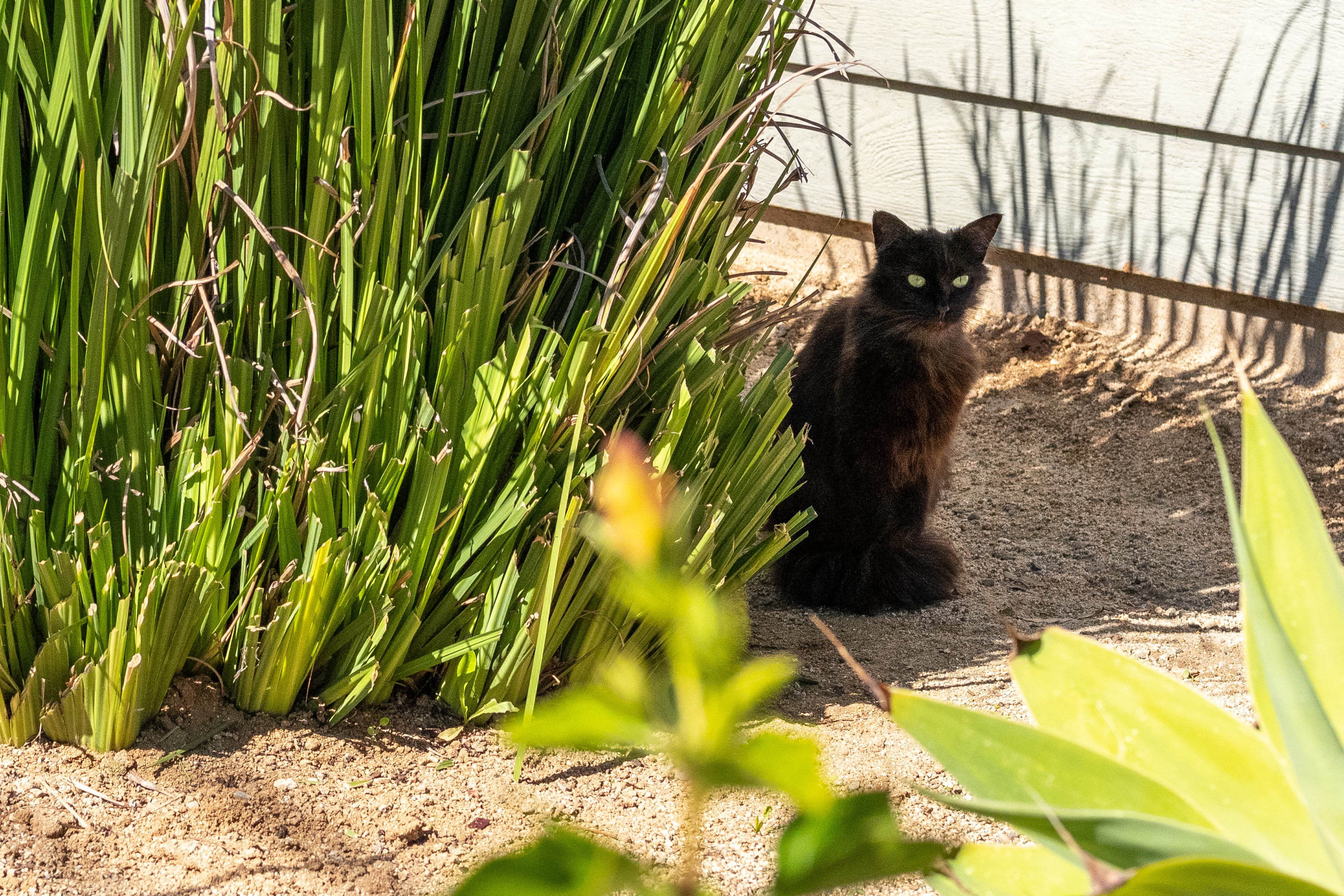 What a surprise! Yesterday, while walking along Mission Cliff Drive, I spotted what would be the fifth feline profiled from the street. The others: Aylin, Cupcake, Fraidy, and Tabby. Being so skinny, the lush longhair looked like a stray. But that impression evaporated with presentation of the bushy—and clearly manicured—tail. This lovely belongs to someone.

The kitty was cautious, not offish, but definitely kept back from any approach. As such, the Featured Image and companion are both close crops. I captured the pair using Fujifilm GFX 50R and Fujinon GF63mmF2.8 R WR lens. I had manually set aperture before going out and accidentally knocked the shutter speed dial from auto to 1/4000. Yikes! Vitals for both: f/5.6, ISO 1000, 1/4000 sec, 63mm; 11:01 a.m. PST. 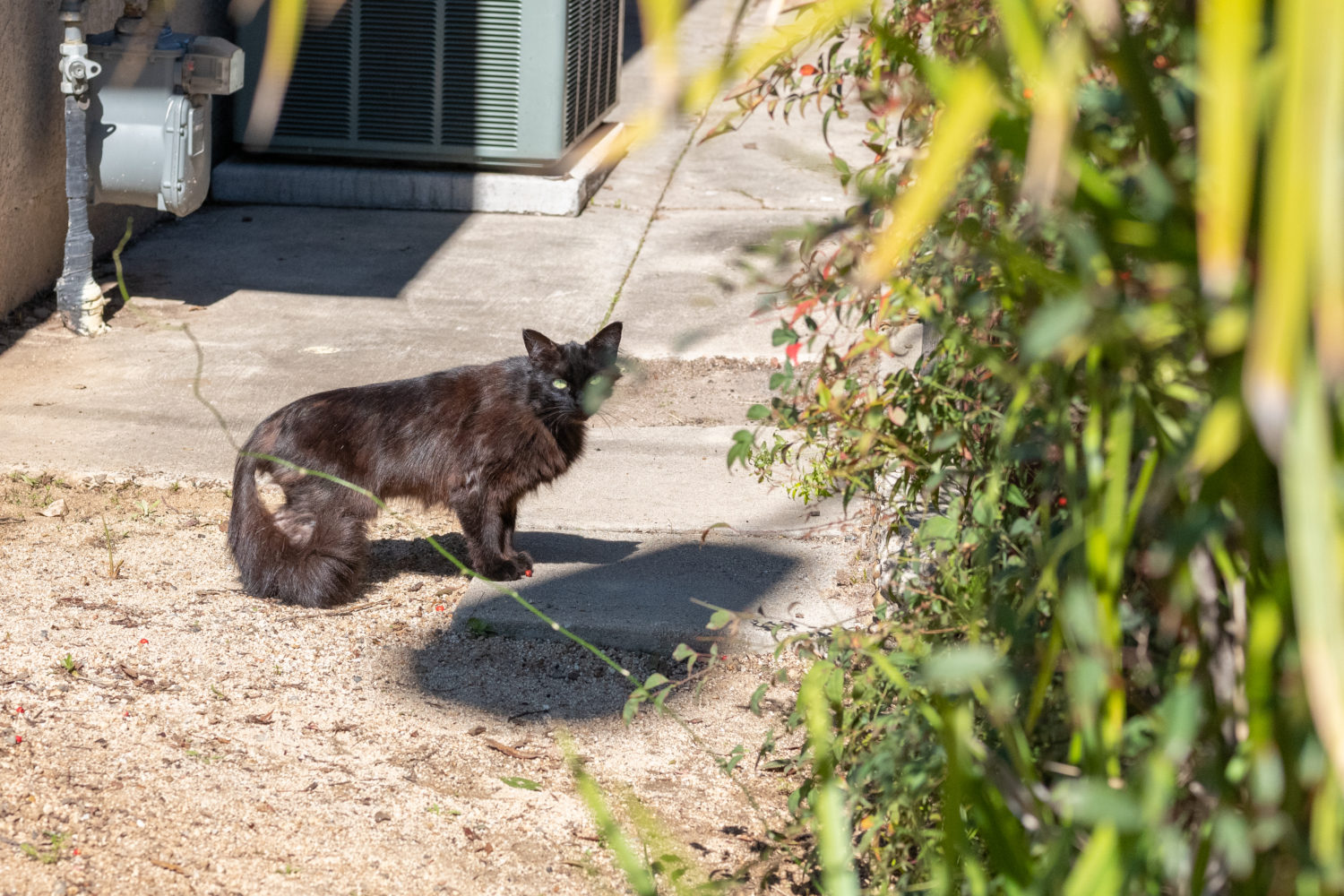 In post-production, I made multiple adjustments so that the dark fur would be more visible (rather than be shadowed). In the second portrait, foliage partly obscures the animal’s head. But it was the only shot that showcases the tailored tail. Real name unknown, I dub the cat Starlet, for being photographed on the same day as the 91st Academy Awards. “Green Book” won Best Picture, BTW.